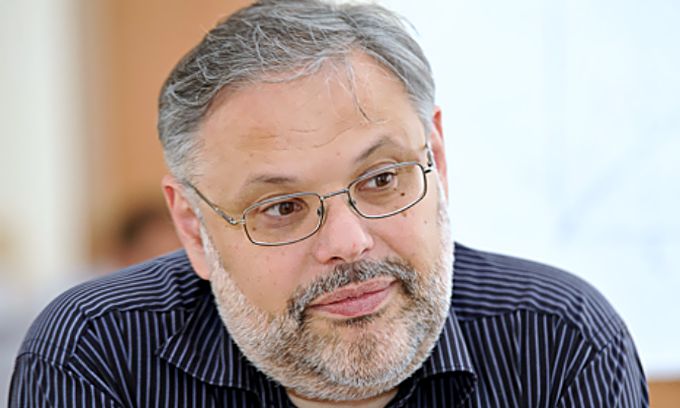 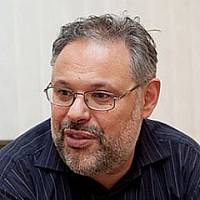 President of the consulting company "Neocon"

Recipe from Khazin
All author's materials

EastRussia recalls the April seminar of the famous economist in Vladivostok

A well-known economist suggests that the authorities expand the Eurasian Union, get rid of the dollar, launch a ruble emission, and invest business in marketing and ... gold.

To overcome the long-term crisis, Russia needs to expand the Eurasian Economic Union at the expense of Turkey, Japan, the united Korea and even Poland and Hungary, to launch the emission of the ruble for investment in production and thus create a powerful regional currency zone, independent of dollar investments, is the recipe for saving the country from the author of original economic concepts, the president of the expert consulting company "Neocon" Mikhail Khazin. These recommendations he voiced at the end of April in Vladivostok during his seminar "New Business Reality. Economic and financial forecast for business 2015-2017 years. " Here Khazin gave advice to those who wish to stay afloat businessmen: according to him, for this it is necessary to invest in the development of marketing technologies and ... in gold.

This was the first visit of a prominent Russian economist to Primorsky Krai. The regional entrepreneurial community, whose representatives were strongly affected by the devaluation of the ruble, Western sanctions and increased credits, invited Mikhail Khazin in the hope that the author of a number of successful forecasts for the development of the domestic and world economy and an authoritative consultant in the field of doing business will give a competent assessment of the overall Prospects of the Far East and will share his judgments about doing business in the conditions of falling markets.

Mikhail Khazin briefly presented his critical concept of the development of the world and domestic economy to maritime listeners. Its essence: the US dollar expansion is coming to an end, as in the world there are practically no assets left that are not covered by the US currency. The federal reserve system of the country is forced to stop unrestrained printing of "green pieces of paper", and the world thus faces the threat of curtailing investment in all markets. Over the past 50 years, the US share in the global economy has declined from 50 to 18%, according to Khazin. But in these circumstances, the Russian ruling liberal elite will continue to make a pernicious bid for dollar investments and dependence on the US financial system.

Instead, according to Khazin, it is necessary to get rid of the American Titanic, which is inexorably rushing to the iceberg of financial collapse, and launch an effective ruble emission mechanism, “forgetting about stupid fears about the onset of inflation,” in order to ensure domestic economy and expansing it to the whole Eurasian space - except, perhaps, China. The latter, according to Khazin, is so great in the economic sense that it is dangerous to mess with it: it can absorb.

In the context of such a picture of the world, Khazin expressed his skepticism towards the projects of the territories of advanced development (TOR) and the free port of Vladivostok, initiated by the government in the Far East.

In his opinion, behind all this is likely to be either an attempt to divide the balance of budget money, or the desire to squeeze out the group "Sum" from the region, which ensures the interests of very high-ranking, but already losing its influence the members of the presidential team. "The problem of investment (internal first) can only be solved through the creation of its own emission center, but this is not done here," the economist said.

In terms of recommendations for business, Hazin said: the only way to survive in the falling markets is to eliminate competitors through the use of marketing technologies. And as a tool for reliable long-term investments advised to use gold. "There are no other recipes, every asset in modern political conditions has a lot of vulnerabilities, up to the point that, for example, under the influence of the Middle East military factor, a number of banks can declare force majeure and give up some of their deposit obligations to customers," - The expert explained.

One of the main final points of the speaker was the following: a feature of our time is that many assets cease to be such, bringing losses instead of profit, and getting rid of such “sources of income” is often fraught with a number of difficulties. Therefore, before investing in certain values, it is worthwhile to think in advance about “ways of escape”, that is, not costly ways of getting rid of them.

And on the last question of the seaside businessmen - about what profession it is worth choosing for their daughter or son - the guru-economist answered jokingly: "Doctor. And preferably with such specializations as dentist, gynecologist, proctologist, expert in baldness. Millennial practice shows that people will never reconcile themselves with toothache, anxiety from hemorrhoids or emotional feelings about their own appearance. "