China comes to life after a coronavirus attack: Wuhan is open after quarantine, production is being established, almost all enterprises have returned to work. Russia at this time was just beginning an active struggle with COVID-19. Professor Andrei Ostrovsky, Orientalist, head of the Center for Economic and Social Research of China at the Institute of the Far East of the Russian Academy of Sciences, told EastRussia about how the Chinese economy is recovering, how China’s measures differ from Russian, and how much the Far East depends on China. 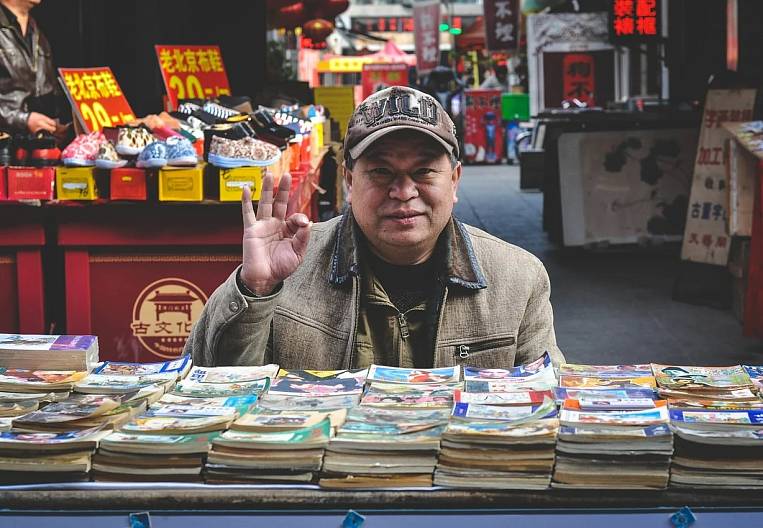 - Andrei Vladimirovich, how is the situation in the Chinese economy developing now?

- The Chinese economy, in fact, has returned to normal, because more than 90% of enterprises have restored full employment and started active work. In China, the bulk of gross domestic product is produced in coastal provinces and in cities of central subordination. The economy was less affected in these cities. The share of Hubei Province in China's GDP is less than 4%. During the coronavirus epidemic, many cities were closed for self-isolation and, of course, production fell, but already in mid-March, most of the production began to work, with the exception of Wuhan.

Unlike the economies of other countries, where the decline in GDP is 7–9%, China will not have a large drop in GDP. According to our estimates, the growth rate this year will be from 4,5% to 5,5%. Everything will depend on how China recovers in the second quarter. In the first, there was a noticeable decline, in the second, everything will depend on how the Chinese economy can catch up.

- Due to what will GDP grow in China?

- The volume of foreign trade will certainly fall, because other countries have “risen”. Although, on the other hand, if you look at exports, it is difficult to do without supplies from China in a number of countries, the same America needs high-tech products - Chinese microchips and rare-earth metals. Without them, the entire Japanese economy will rise, part of America and Europe will rise. Here, of course, there will be a fall, but not a big one.

If we take Russia, then with China, the volume of foreign trade was small - 110 billion dollars last year. Of course, this was the highest figure in the last 20 years, but compared to US-Chinese trade, or Japanese-Chinese trade, these are crumbs. Our share in China's foreign trade is just over 2%. But, nevertheless, it turned out that our Far Eastern regions could not do without Chinese trade. Take the same Primorsky Territory: vegetables and fruits stopped coming from China, and what happened? Prices for them soared at times, because vegetables and fruits had to be imported from the European part, the Krasnodar Territory. Therefore, the role of China is still great.

The most important thing that should not be forgotten: in China, a huge population - 1 billion 400 million people, and in America a little more than 300 million. China can live on quietly, even without foreign trade, and working only for the domestic market.

- Now many say that China is also rising due to the production of protective equipment and medical supplies.

- Sure. Masks, gloves, medicines. In China, the pharmaceutical industry is generally quite developed. She could fill up the whole of Russia with medicines, but for import of medicines we need to get a license from the Ministry of Health, and this takes from a year to three years. We need to conduct laboratory tests, but the Chinese do not go into this business, because it is very long for them. They export their products to countries where there are no such complicated bureaucratic procedures.

- In January, you said that it would take about two months to normalize the situation in China. Your forecast came true. Can you give a forecast for Russia?

- Yes, in China it turned out, as I said. As for Russia, everything was done correctly in relation to China - they closed the border, minimizing the penetration of coronavirus from the territory of the PRC. In the Far East, the 4 km border was closed. But they did not close the border with the west and received imported cases from Italy and Spain. Airplanes flew there, and as Moscow Mayor Sergei Sobyanin noted, whole suitcases of viruses were brought in from there. It was necessary to close the borders when information appeared about the first cases of coronavirus in Italy.

Everyone knows that as soon as such events occur, when a disease appears, the epidemic zone is closed, and people are being treated, there should be no entrance or exit. In 1970, there was a cholera epidemic in Odessa, and the city was closed for two weeks. This made it possible to quickly paralyze the cholera epidemic.

- It is known that in Asia people are disciplined, if they were told to stay at home, then they will sit as long as necessary. Russian people do not differ in this feature. In your opinion, in this connection, how long will the situation drag out?

- Hard to say. If we talk about the number of patients, then in Russia it is significantly inferior to the number of patients in Europe, in America. It is necessary to identify the foci of the disease - cities, areas, close them and treat people. This is the easiest way. But this had to be done much earlier. Where did Rospotrebnadzor look? After all, it was clear how to act.

- How will Russia and the Far East suffer from coronavirus?

- The Far East will suffer less. He is saved by a low population density. By Chinese standards, no one lives there. The fishermen, as they were fishing, will continue to fish, the timber merchants will also continue to work.

Of course, the tourism sector has already suffered, especially external tourism, and throughout the country. Ricochet hit the inside. In the coming year, you can forget about external tourism, you need to develop internal, but for this you need to build infrastructure - it is no coincidence that people prefer to go to Turkey rather than Sochi. But I'm afraid that prices for domestic tourism will skyrocket. But on the other hand, the population has become poorer after all these events, only Moscow may lose about one million jobs, at least.

The problem is that our business will begin to raise prices, while in the rest of the world they will be lowered. Take the same gasoline, it is not by accident that after all there were statements that it was necessary to block the import of cheap gasoline from abroad. Food products are also forecast to increase prices by 10-20%. But at the same time there will be a drop in consumer demand. The strike will be struck at both wholesale and retail. In China, in this regard, everything is simple: there is a lot of choice - I did not like it in one shop, I went to another, and the prices vary quite seriously. But this is not so with us.

- What do you think, how will the economic situation develop in the future in Russia, in the world?

- It all depends on what measures the authorities will take to stabilize the economy. It’s hard to predict today. In China, everything has practically recovered; they provided financial support to families affected by the coronavirus. Now subsidies are given to families in the United States - $ 1200 per person, but we still have no clarity. How will salaries be paid now, especially for a private business that lives only on income? They gave tax deferrals, but after the expiration of the term they will have to pay the full amount. It’s good that they’re talking about debt restructuring. Therefore, it is difficult to make any forecasts for the near future.