Reform with many unknowns

Trans-Baikal entrepreneurs are outraged at what tariffs they will have to work after the entry into force of the law on solid municipal waste management. They believe that because of its adoption, you will have to pay for the air. New tariffs should be accepted by December 20. Simple residents of the region are also dissatisfied with them. 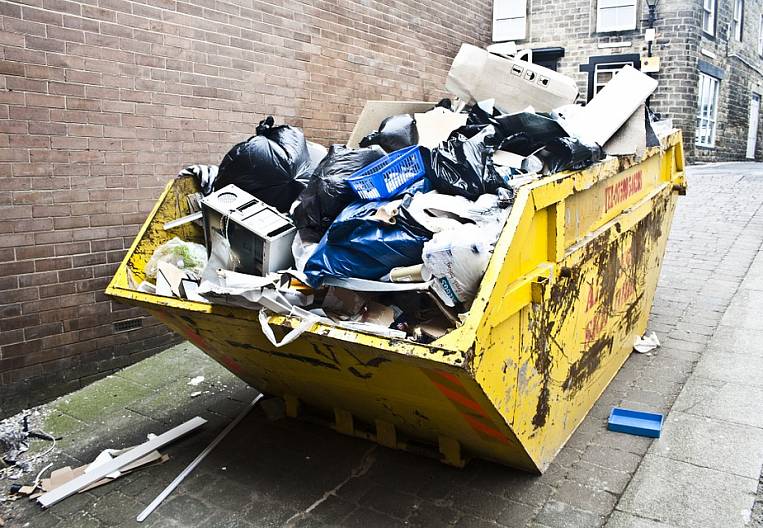 Now the regional operator "Oleron +" works in 19 settlements and ten municipalities of the region. According to entrepreneurs, the rates for garbage disposal there jumped several times.

Ella Andreeva, the chairman of the Trans-Baikal Territory Union of Entrepreneurs, said that compared to current tariffs, the new ones increased three to eight times. Businessmen fear that the new constant tariff will be higher than the forecast one.

“It turns out that we are importing two cubes of goods, and are taking out KamAZ garbage? Where should we get so much waste from, and why should we pay for air? ”, Ella Andreeva is indignant.

According to her, according to the new standards, the monthly payment of the shopping center for the export of MSW will increase from the current 70 thousand rubles to 1,2 million rubles.

“We sell jewelry,” says Svetlana Nechkina, the head of the Ladies' Manor shop, “our area is 500 sq. meters. Half of the store is a basement, 240 sq. How can an unused basement be a source of garbage? In other regions, the garbage fee is calculated not on the total, but on the retail space. Why is there no gradation for grocery and non-grocery stores? Our store delivers goods once every six months. ”

Entrepreneurs note that on August 14, the Regional Tariff Service, by Order No. 173-NPA, established the standard for accumulating municipal solid waste in the Trans-Baikal Territory. In accordance with the government’s decree “On approval of the rules for determining the standards for the accumulation of municipal solid waste”, waste is measured to determine the standards, but the order of the PCT of the Trans-Baikal Territory does not contain information on whether such measurements were carried out by whom, and whether this organization was independent and disinterested. On the official website of the agency this information is also missing.

During a round table with local businessmen organized by Victoria Bessonova, Ombudsman for Entrepreneurs in the Trans-Baikal Territory, a representative of Oleron + said that there are two forms of settlement for legal entities and individual entrepreneurs: according to accumulation standards and the actual amount of accumulated waste. She emphasized that for entrepreneurs whose business is located in non-residential premises of residential apartment buildings, only one form is provided - calculation according to accumulation standards. In addition, she said that entrepreneurs have the opportunity to establish their own isolated container site for shipment of garbage on actual accumulation.

Unhappy with the new law and ordinary residents. All because they want to make them pay for the export of ash. So, at the end of October, a gathering of citizens gathered in the city of Borzya, who consider the tariffs for the removal and disposal of garbage unreasonable. They, as well as entrepreneurs, found themselves in an information vacuum, not knowing what they are paying for. The townspeople drafted a resolution and demanded that they be provided with a full calculation and economic justification of the tariffs levied by MBU "Beautification" and the company "Orleon +". Participants also asked to provide them with calculations of the standards according to which a municipal enterprise charges a fee for waste disposal.

Residents of the private sector must pay 60 rubles per person for the export of ash. However, many of them already pay 560 rubles for the removal of the garbage container. That is, if you omit all unknowns, any administration can use the new law to its advantage. The Borzy administration has already stated that ash is not the main form of waste generated.

In the same place, the authorities, according to the townspeople, force them to buy and install garbage containers for their money, to arrange garbage collection sites. In this case, ash should be thrown separately - in special bags. Residents believe that all this is another way for the government to try to capitalize on innovation.

Without norms and polygons

In addition to the fact that tariffs have not yet been approved in the region, Transbaikalia still lacks MSW landfill standards. The regional government approved the territorial scheme of solid municipal waste management - the main document that determines the order of movement of waste. It involves the construction of seven landfills, the same number of sorting complexes and 31 temporary storage sites. The authorities plan to build all the training grounds before the 2023, they intend to place them in the city of Petrovsk-Zabaykalsky, the villages of Olovyannaya and Novaya Chara, as well as in the Chita, Shilkinsky, Krasnokamensky and Chernyshevsky districts. While they are not there, garbage will be removed to old landfills that do not meet modern requirements.

Recently, a working meeting was held in the regional branch of the All-Russian Popular Front. The experts and executive director of the regional branch of OPORA RUSSIA Pavel Volzhin talked with the head of Oleron + Gadzhi Amaev and the deputy minister of natural resources of the Trans-Baikal Territory Svetlana Trofimova. Activists said that it was necessary to conduct a thorough analysis on the formation of tariffs, spoke out negatively about the possible increase in the cost of handling solid municipal waste for residents of Transbaikalia.

According to them, there are a lot of unclear situations in the perspective of next year. Moreover, problems with spontaneous landfills, servicing the private sector, and waste storage sites in the districts are still not being resolved.

“The question remained unanswered why today the selected regional operator provides services in the city at a price from 180 to 280 rubles per cubic meter, and in the new year plans to provide the same services with the same processes, but at a price of at least three times above, ”said Konstantin Nasolovets, Chairman of the Committee on Ecology and Nature Management of the ZRO OPORA RUSSIA.

Then it was noted that since Oleron + is a company registered in the capital, it will pay the main taxes to the budget of the capital, not the region. In addition, the monopolization of this sector and the lack of healthy competition will inevitably lead to higher tariffs and a drop in the quality of services.