Develop the Far East: where? 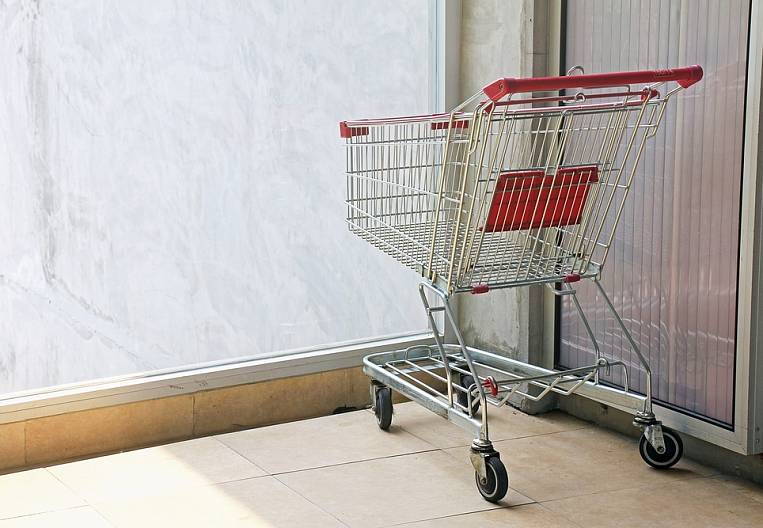 About S.I. Furgal Say a Word New conditions for new governors What can the Far East
All author's materials
The next word, about which you involuntarily stumble, discussing the destinies of our region, is the word "develop". It seems that everything here is very simple. To develop means to do better. But it only seems so. After all, it is not at all clear that the best for someone will be the best for everyone. And who are these "all" that should become better? Do they include Far East?

The very word "development" presupposes a more or less clear image of the final state to which, in fact, we are developing. So far, this final state is clearly not only not spelled out, but is not even included in the "current agenda." When this idea does arise, it is usually said that serious people do not engage in "idle dreams." Since I am not a serious person, I decided to think about this topic.

Of all the official and media discourses about our region, it is possible to isolate several images of its future. The first image is transit territory of the World Trade. Of course, the first is not important, but according to the frequency of mention. Russia turns to the East, realizes its Eurasian function, integrates into the APR. We discuss this image of the future today.

Under this idea, in fact, was laid the ESPO pipeline, allocated funds for the reconstruction of the Trans-Siberian Railway, even remembered the almost forgotten project of the Baikal-Amur Mainline. A large-scale reconstruction of Vladivostok with the project "Vladivostok open port" is also connected with it. With the concept of a future transit territory in the northern part of the region, hopes are for the development of the Northern Sea Route and the construction of a hub harbor in Petropavlovsk-Kamchatsky. Yes, and numerous TACER projects are often focused on this image of the future.

This model is discussed at numerous forums, meetings, conferences. With the wisdom of such a model is difficult to argue. Northeast Asia, and wider, the APR - the most rapidly developing economically macro-region of the world. Europe remains one of the main centers of consumption. Connect the Asia-Pacific and Europe, using its geographic location, to receive bonuses from the passage of goods in both directions and, no longer the Pyrenees. And Far Easterners reap the benefits of the increasing trade flows flowing through their land.

But there are some unpleasant passages in this sweet song. The first is related to the fact that, despite all the large-scale government projects for the development of the logistics system of the Far East, it remains limited, weakly connected with the western part of the country and with the APR. But it is there, “in the West”, that the main production, the main industrial and transport infrastructure remains.

Reconstruction of the Trans-Siberian Railway has not been completed. The capacity of the main regional trunk, as well as the capacity of the ports with which it ends, does not correspond to the new tasks. The latter is especially evident when comparing the port capacities of the Russian Far East and China or Korea. Our neighbors are not in a hurry to invest in infrastructure projects in the Far Eastern region. With their own forces such things are done not for a year, not for ten years, but for generations.

Moreover, this process is directly related to the development of the region. Yes, steel rails and pipelines should cross the Far East. Yes, new mooring walls and warehouses, all necessary port infrastructure will be built here. Yes, new tasks and new construction enterprises, new management structures, new energy needs and many other structures, where the inhabitants of the region will work, should arise under the new tasks and new volumes of the commodity flow.

Should, but do not arise. Even such a large-scale project as ESPO, according to Transneft, gives, say, the Khabarovsk Territory less than two thousand jobs. At the same time, construction is not an eternal process. Accordingly, the jobs are temporary. Commodity flows, on the other hand, do not want to increase to the extent that tens and hundreds of thousands of Far Easterners begin to work on serving them. Yes, and still not a hundred thousand people live here, but more than six million. In these cases, smart and serious people start talking about multi-effects. That is, that the money invested in the region, new jobs with high wages will give impetus to intraregional consumption, stimulating new economic activity, etc.

But the trouble is that the enterprises, managements and firms that have worked or worked until recently to turn the Far East into a World territory of transit trade, in most cases, have an indirect relationship to the region. Their head offices are outside the region. In the same place they pay most of the taxes. To work in the region, they usually bring contracted foreign workers who leave after the contract is over. Of course, these workers also eat something, drink, dress, leave some part of their salary in the region. But the multi-effects in this variant appear rather weak.

For the rest of the millions of Far Easterners, there is an “active social policy”, ie. payment of money regardless of how much is needed what the person is doing. At the same time, the future of this person is rigidly connected with whether there will be a state order for his enterprise, whether his organization will receive a subsidy, whether his position will not be "reduced" during the next optimization period. Today, when large projects are gradually phased out, all these jobs, both within the framework of projects and within the framework of "social policy", are in limbo. That is why a great confusion in the minds began in the region, gradually developing into a movement to the south and west.

Does this mean that the image itself was wrong? Not at all. Trading has always been a profitable thing. Only in order that this image of the future could become the driving force of the improvement of the region and its inhabitants, it is probably worth giving the opportunity to realize it to the Far Easterners themselves. Not as fast as we would like. Not to the important date, to which the construction of everything and everyone in the Far East has traditionally been completed. But - for centuries. After all, they will build for themselves. It is also likely to understand that in order for life here, in the Far East to become richer, more diverse, a single transit is not enough. This is embodied in the second image of the future - a natural pantry or resource region. About him will be our The following essay.
Tags: development TOP trade APR transit
July 24: current information on coronavirus in the Far East
Digest of regional events and latest statistics
Media News2
See also:
string (22) "Standard"