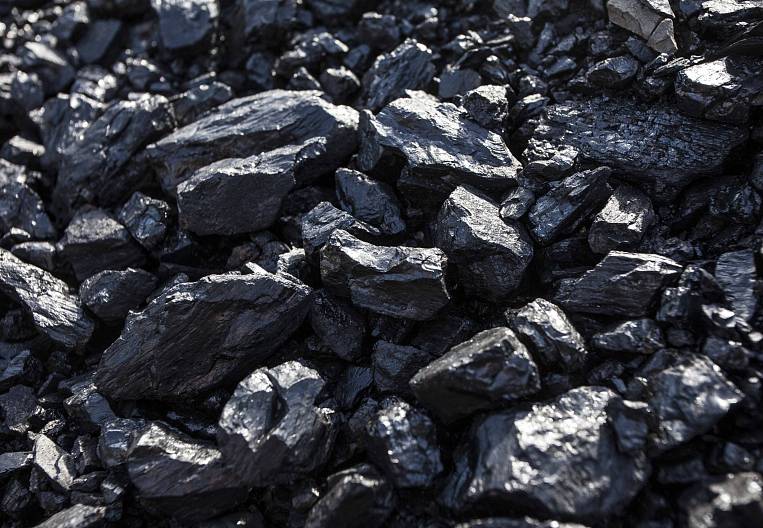 Photo: Shutterstock
Special project Coal of the East of Russia

Last week, the temporary suspension of supplies of export coal from Colombian producer Cerrejon to Puerto Bolivar port and low temperatures in a number of European countries strengthened steam coal quotations in the EU to over $ 67 / t. Due to the blockade of the railway line by locals, Cerrejon has suspended the shipment of coal to the port. Cerrejon, jointly owned by Glencore, Anglo American and BHP, exported 13.6 Mt in 2020 (-12.7 Mt or -48% by 2019), the lowest level in 18 years due to long-term worker strikes and quarantine restrictions during a pandemic. The average daily temperature in Germany is 5-8 degrees below normal, which contributes to the burning of coal at local coal-fired power plants. However, the decline in gas indices on the European TTF trading platform to € 19.3 / MWh (-7.40 € / MWh from the peak in 2021) due to a temporary reduction in gas imports to Europe, as well as a further increase in the cost of European CO2 quotas to 39.3 euro / t. (+1.9 EUR / t or + 5% by 03.02.2021) in the medium term may put pressure on the price of coal.

Exxaro Resources, one of the largest mining companies in South Africa, has announced that it will refuse new investment projects in the coal industry. Exxaro Resources' production volume is 45 million tons of coal per year. Earlier, representatives of the South African company Seriti Resources noted that the company's strategy does not include the acquisition of additional coal assets after the purchase of coal mines by South32. Another holding company, Anglo American, plans to sell all of South Africa's thermal coal mines by mid-2023.

Rising demand for Australian material from Indian cement producers, who have reduced their purchases of South African coal due to high prices, strengthened the indices for Australian-based energy material. However, the onset of the New Year holidays in China and a number of APR countries reduces the trading activity of market participants and may weaken the indices in the short term.

According to the Central Electricity Authority of India, coal-fired generation in the country reached 2021 TWh in January 91.7 (+ 10% YoY and + 7% MoM) due to increased demand for electricity from households during the parliamentary elections in India.

The China Electricity Council (CEC) has recommended increasing coal imports in 2021 to cope with rising electricity demand as the country's economy gradually recovers from the effects of COVID-19. CEC predicts that China's electricity consumption will increase by 2021-6% in 7 compared to 2020.

The decline in Indonesian coal indices is due to a decrease in export supplies of coal from Indonesia to the PRC due to heavy rains, as well as a slowdown in the economic activity of Chinese generating companies - the largest consumers of Indonesian material due to public holidays.

Metallurgical plants in a number of APR countries reduced steel production in connection with the New Year holidays, which weakened the indices of metallurgical coal from Australia. 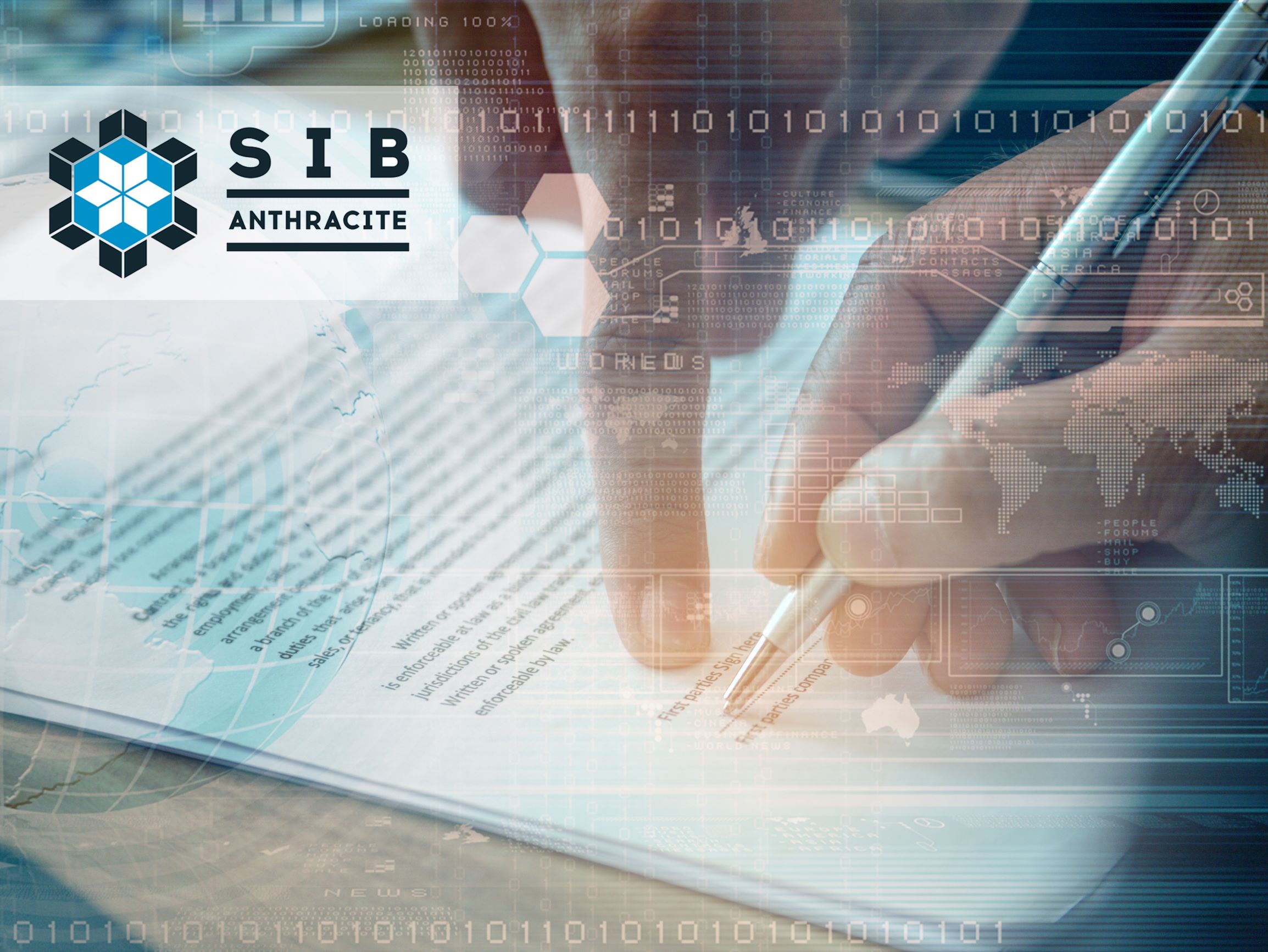 Albert Avdolyan's A-Property company signed an agreement with the Alltek Group on the basic conditions for acquiring Sibanthracite, owned by Dmitry Bosov's heirs, for $ 1 billion. Under the terms of the deal, Sibanthracite remains independent as an independent company. The agreement provides for the signing of long-term contracts with top managers of Sibanthracite, as well as their participation in the share capital of the company. Sibanthracite is the last and most profitable coal asset in the business of Dmitry Bosov, founder of the Alltek Group, who died in May 2020.Sibanthracite is a world leader in the production and export of high-quality anthracite, the production volume of which in 2020 amounted to 17.3 million tons (-5.7 million tons . or -25% by 2019). In January 2021, Rostec State Corporation and structures associated with A-Property gained full control over the Port of Vera and the Ogodzhinskoye coal deposit - two enterprises previously owned by the heirs of Dmitry Bosov and his widow Katerina Bosov (see CAA Russian Coal Weekly, January 29 2021). 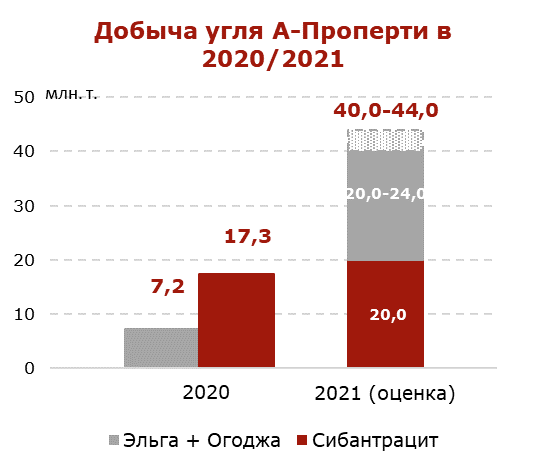 In December 2020, A-Property announced a 100% consolidation of its key coal asset in its portfolio - the Elga project in Yakutia. The company exercised the option ahead of schedule by purchasing 49% in the project from Gazprombank. The deal amounted to RUB 45 billion. (615.9 million dollars). In April 2020, A-Property acquired 51% in Elga from Igor Zyuzin's Mechel for 89 billion rubles. ($ 1.17 billion). The Elginskoye field is one of the largest coking coal deposits in the world with total reserves of 2.2 billion tons (according to the JORC classification). In January-December 2020, Elga production amounted to 6.73 million tons (+ 2.41 million tons, or + 56% compared to January-December 2019).

On July 30, 2020, Katerina Bosov sent a letter to the Chairman of the State Duma Tamara Pletneva, in which she accused Alexander Isaev and Elga's new investors of trying to seize the assets of Vostok Coal (see CAA Russian Coal Weekly of August 07, 2020). Due to a conflict with other heirs, Katerina was forced to leave the post of chairman of the board of directors of Sibanthracite in October 2020, remaining an ordinary member of the board. This decision was made by the board of directors in order to distance the company and its management from the dispute between the shareholders of the Alltek Group, founded by Dmitry Bosov. In January 2021, Katerina Bosov left the board of directors.

Alexander Isaev is a former co-owner and ex-CEO of VostokUgol. Shortly before his suicide, Dmitry Bosov fired Alexander Isaev from all posts in Sibanthracite and VostokUgle. At the end of May 2020, Alexander Isaev became the CEO of the Elgaugol management company, created by A-Property. Elga intends to increase the volume of coal production to 2023 million tons by 45. The increase in volumes will also be achieved by increasing the capacity of the Elga-Ulak railway to 24 million tons per year.

Last week, during a meeting of Deputy Prime Minister Alexander Novak with members of the Yakutian government and the State Council Commission on Energy, First Deputy Prime Minister of Yakutia Kirill Bychkov proposed that Russian Railways conclude agreements with local coal miners on guaranteed volumes of coal for transportation to the ports of the Far East. 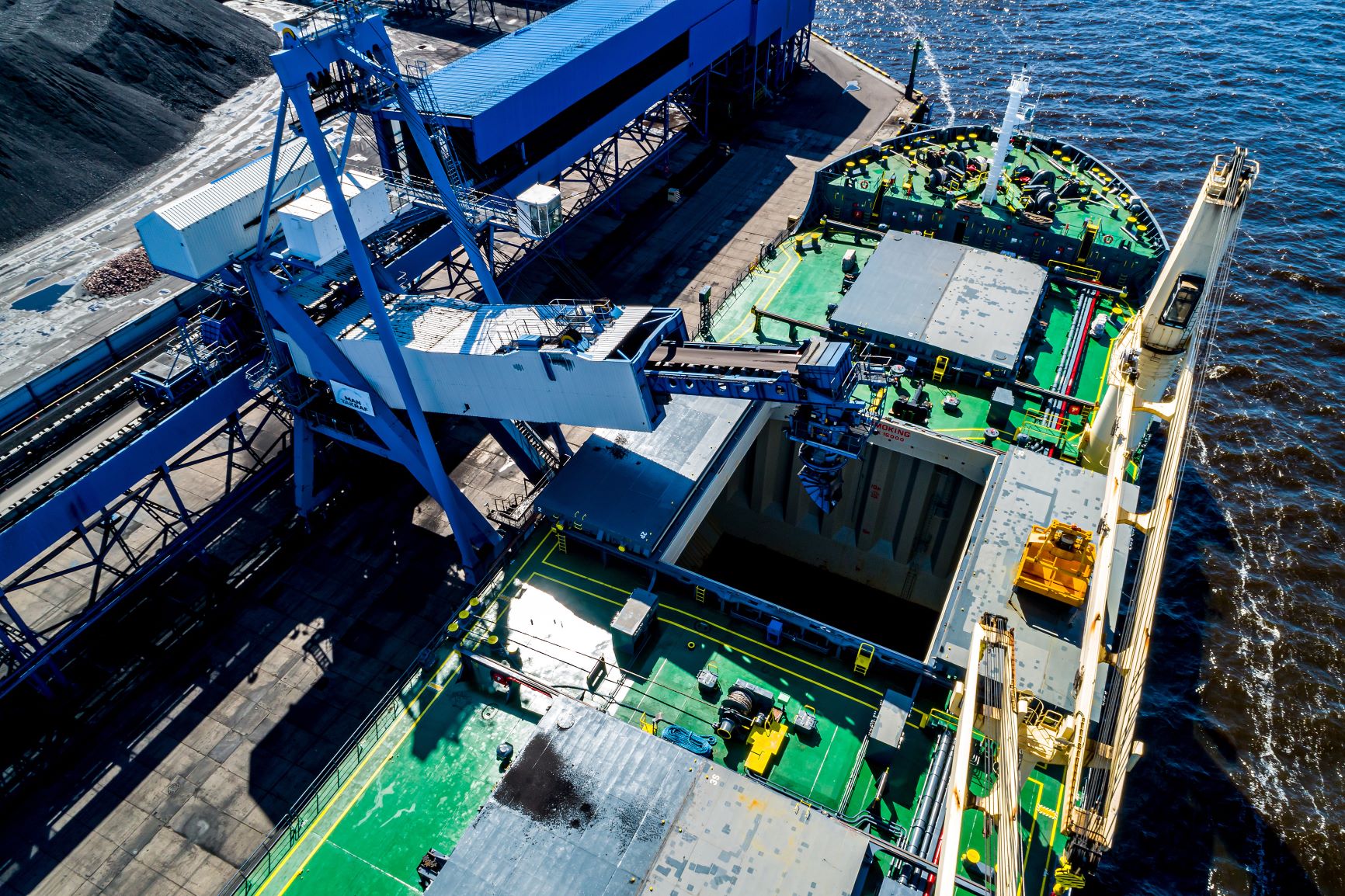 According to Bychkov, despite the drop in coal prices and a decrease in demand in the markets, in 2020 the enterprises of Yakutia mined 20 million tons of material (+ 5% by 2019). In 2021, they plan to increase production to 39 million tons. In the region, coal is mined by Kolmar and A-Property. Both companies plan to increase production and existing port facilities. At the end of September, a new coal terminal Vaninotransugol (VTU), built by a subsidiary of Kolmar, was launched in the port of Vanino. Its current capacity of 12 million tons of coal per year assumes a gradual increase to 24 million tons by 2022. Albert Avdolyan's A-Property also plans to invest 30 billion rubles. (394.2 million dollars) for the construction of a coal terminal in the port of Vanino with a capacity of 30 million tons of coal per year by 2024 and to build an enrichment plant near the Elga coal deposit with a capacity of 32 million tons at the first stage (end of 2021) and 45 million t. at the second stage (2023). Also, together with Rostec, A-Property participates in the ongoing construction of the port of Vera.

However, the enterprises faced a shortage of railway capacity at the Eastern range.

Russian Railways have not yet responded to the proposal of Yakutia. Now this initiative is being discussed in the Russian government. This proposal may look more attractive for Russian Railways than similar agreements with Kuzbass, since the railway operator can agree on the terms of agreements with each exporter in Yakutia separately, and Kuzbass producers are represented by the Governor of Kuzbass Sergey Tsivilev. In November 2020, Sergey Tsivilev proposed to increase the export quota for the export of coal from Kuzbass producers to 58 million tons (+5 million tons to the 2020 quota).
The initiative was opposed by Russian Railways, since, according to the company, an increase in the quota could lead to losses of the railway operator in the amount of 6 billion rubles. (77.2 million dollars) due to lost profits from the export of more profitable goods. As a result, the government decided to maintain the current quota of 53 million tons for 2021.

On January 26, 2021, Transcontainer, owned by Delo Group, shipped 3.9 thousand tons of coal in open-top containers through the Zabaikalsk-Manchuria border crossing. According to Alexander Isurin, General Director of Transcontainer, containers with an opening roof reduce the load on the infrastructure, increasing the speed of freight traffic. Moreover, this type of transportation can solve the problem of transshipment of goods at border stations when changing rolling stock for different track widths. Most shippers already have the necessary equipment to load coal into containers, as there is no significant difference in loading material into rail cars or containers. Transcontainer plans to increase export volumes of coal in containers up to 13 thousand tons per month.