EastRussia planned to publish this text at the end of March - in the wake of the visit to Primorye of the Deputy Prosecutor General of the Russian Federation Dmitry Demeshin. He announced a warning to Natalya Bondarenko, Deputy Prime Minister of the Primorsky Territory, in connection with the incomplete use of the budgetary funds of the national project "Demography" in terms of the construction of kindergartens. The editorial office sent a request to Natalia Bondarenko's department on March 24, the answer was received on April 8, i.e. it took two weeks to prepare. Apparently all the forces were thrown at the "Demography". 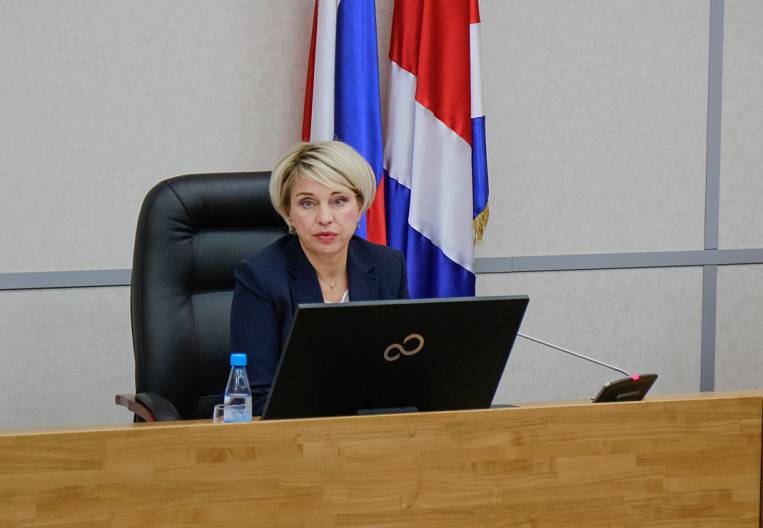 The reason for the warning of the Prosecutor General's Office was that of the funds transferred in 2020 for the construction of 18 kindergartens, the regional authorities used only 43 percent, the rest were returned to the federal budget.

"Insufficient control over construction, failure to take sufficient measures to utilize the allocated budget funds may lead to the failure of the targets of the national project to introduce additional places for children in 2021," the department said. Translated from a legal warning means: from now on we are looking at you more closely, and you are on the verge, a little more and the risk of serious offenses is not ruled out.

It seems that such a turn of events was expected in Primorye. Fears of not having time to build all the planned kindergartens were voiced in 2020. First Deputy Minister of Education and Science Irina Bushmanova said that there are risks in five municipalities at once: Vladivostok, Artem, Ussuriisk, Nakhodka and Nadezhdinsky District. 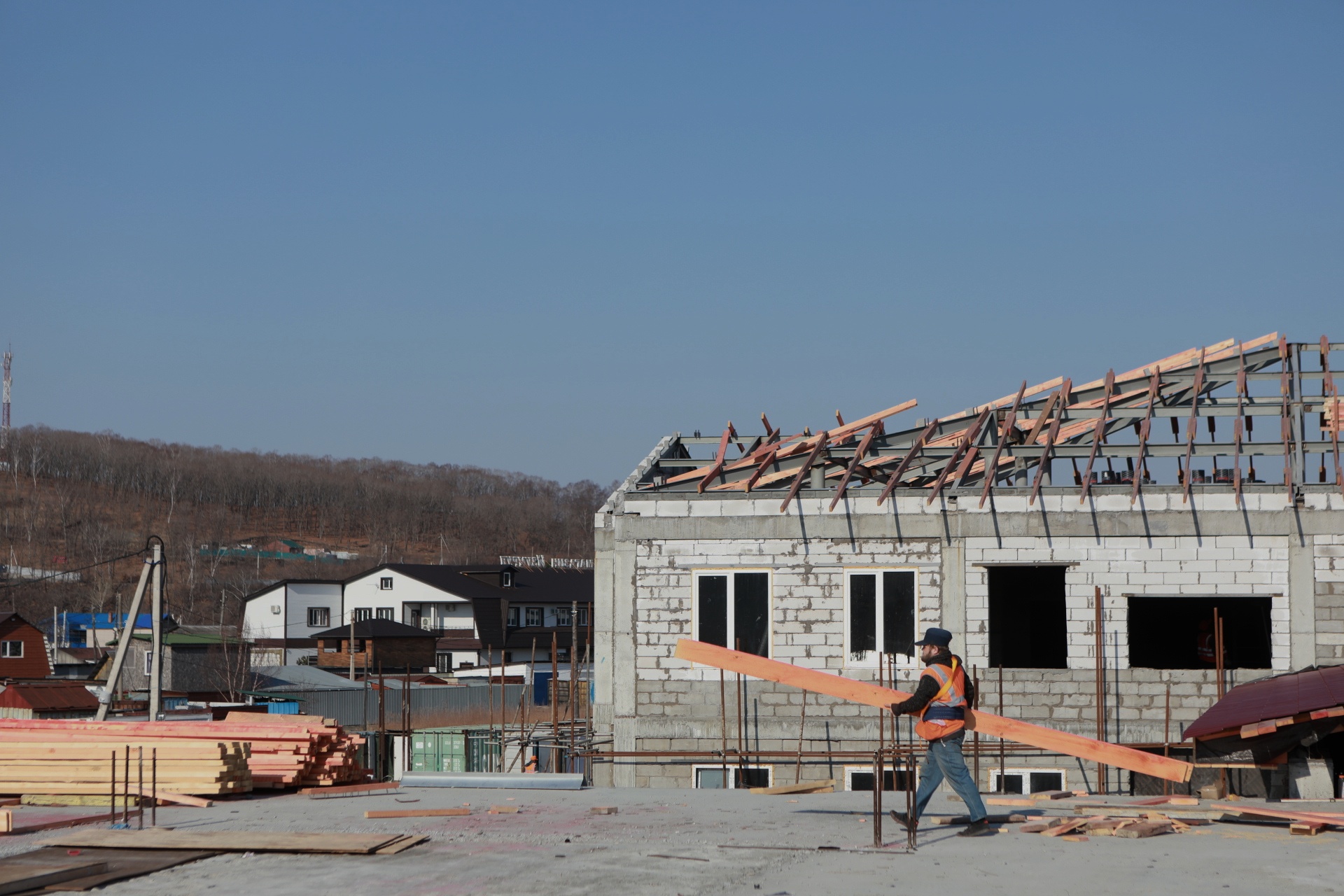 Also last summer, the Prime Minister of the Primorsky Territory Vera Shcherbina said that there is a need for adjustments to national projects due to COVID-19. At the same time, the main risks of non-fulfillment of indicators fell on the national project "Demography".

“The region may not complete the construction of kindergartens in several territories. However, the authorities are looking for other approaches to solving the task - providing places in existing preschool institutions, ”the head of the government explained to the regional deputies.

"Other approaches" is the creation of additional groups in existing preschool educational institutions, in a sense, a seal. So, in 2020, almost all 11 additional groups, or 906 places throughout the region, are created for children under three years old. Why exactly for this age group? Because in the region there is a regional project "Promoting the employment of women - creating conditions for preschool education for children under the age of 3 years." And, without irony, in the existing realities, additional groups are really a way out: at least some part of mothers can send their children to a nursery and go to work. The regional department of education also stimulates the development of alternative forms of preschool education.

“The procedure for granting subsidies has been developed, which provides for compensation of costs for private kindergartens. Thus, the parents pay the same monthly amount as in the municipal kindergarten, and the difference in the maintenance of the child in a private kindergarten or in a supervision and care group is reimbursed by the state, ”says Irina Bushmanova.

Failure to implement the program for the construction of preschool institutions, in addition to the budget deficit caused by the situation with the coronavirus, is due to the traditional delay in construction, insufficient control over the executors by the customers - municipalities. And sometimes there is simply no opportunity to build, for example, last year no one wanted to build a kindergarten for 60 children in the regional center - the village of Khorol: not a single company responded to the announced tender.

At the same time, as follows from the written answer of Natalya Bondarenko to the questions of the editorial board, in Primorye there is one hundred percent provision of children with places in preschool institutions, but "of course, the need to create places remains." How so? Yes, kids do not remain unattended, but they either attend preschool education groups in general educational organizations; or overcrowded groups in kindergartens; or they go to kindergartens outside their place of residence.

Meanwhile, the situation with the failure to meet the indicators of the national project "Demography" in Vladivostok has already led to a criminal case. It was initiated by the city prosecutor's office on the basis of a crime under Part 1.1 of Art. 293 of the Criminal Code of the Russian Federation (negligence). Three preschool educational institutions in the area of ​​Kiparisova and Krygin streets and the Snegovaya Pad microdistrict in Vladivostok worth 586,5 million rubles were to be built in 2019-2020. The prosecutor's office found that the "Directorate for the construction of objects in the Vladivostok urban district" did not properly control the execution of work, did not eliminate the shortcomings in the project documentation in time.

As a result, the city budget suffered more than 43 million rubles of damage. 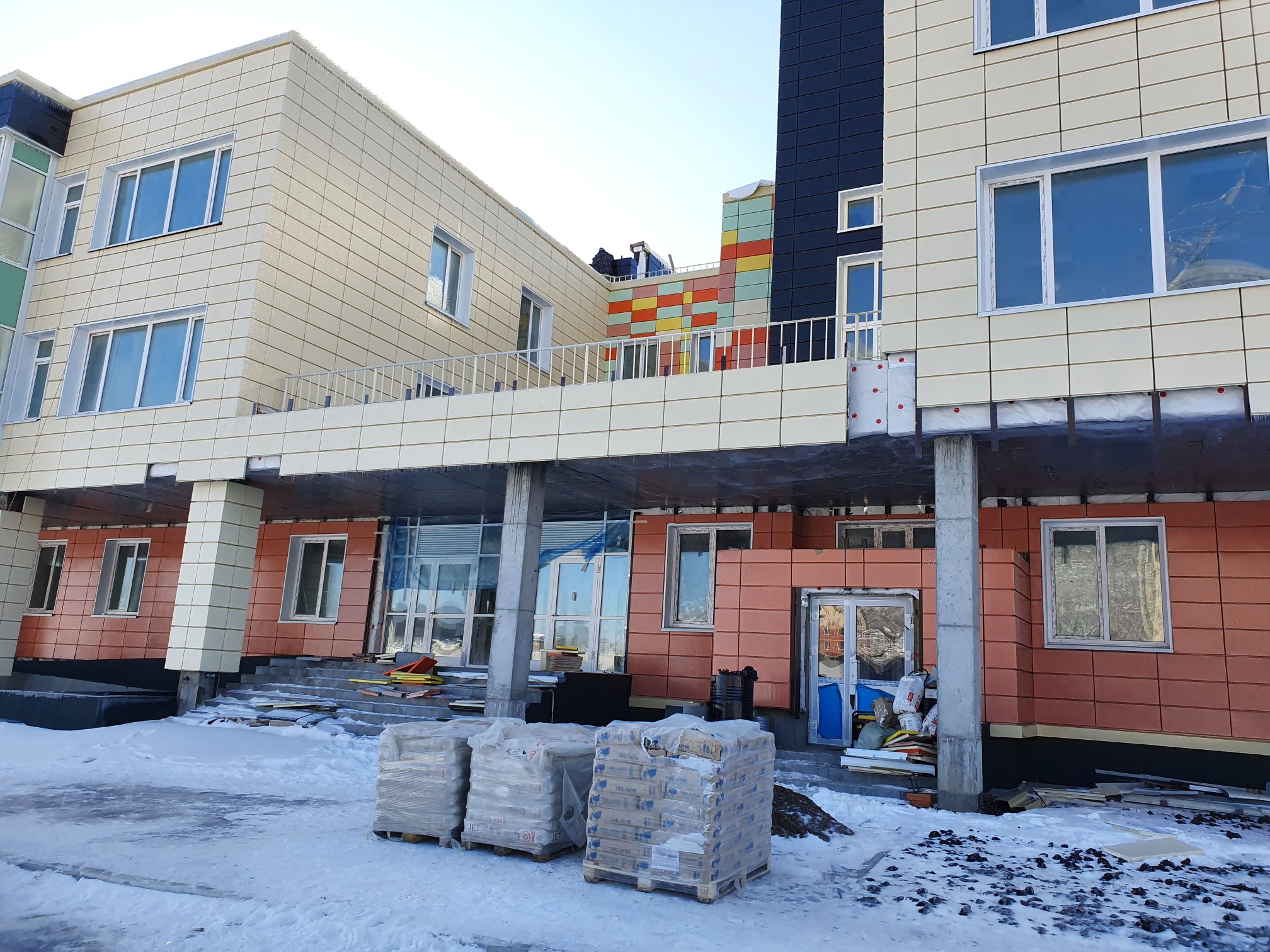 There is another problem building in the regional center - two kindergartens in the Patrokl microdistrict. True, one was built last year, but has not yet been adopted: there is no playground, then landscaping, then kitchen equipment has been imported for a long time. Mayor Oleg Gumenyuk recently announced a new date for the start of the work of this preschool educational institution - the spring of the new year.

The second kindergarten was supposed to be completed in November 2020, but the deadlines have been postponed for a year - to November 2021. As reported on the website of the Vladivostok administration, this is due to the need to amend the project documentation. It was revealed that there was a "discrepancy between the groups of the underlying soils and those that were initially taken into account in the documentation."

The Vladivostok prosecutor's office has already reminded Oleg Gumenyuk on these sites that it is unacceptable to disrupt national projects: “For improper performance of official duties, the guilty persons may be prosecuted under Art. 293 of the Criminal Code of the Russian Federation (negligence) ".

13 months, then it is not possible to build it in 9 months under any circumstances. Especially taking into account the climatic features of the Primorsky Territory.

At the same time, to solve this problem, other forms of creating places for children are used: the creation of family groups, groups of short-term stay of children in the presence of conditions and, of course, the commissioning of new kindergartens, ”says Natalya Bondarenko.

Recently it became known that, in Primorye, at least two boarding schools in the villages of Pokrovka and Kavalerovo are being closed. For a long time, the authorities “ran away” from the teaching staff and parents (children from full families also study in boarding schools), without explaining the reasons for such a decision. On March 17, a meeting of the teaching staff and local authorities took place in Pokrovka. The latter stated that the decision to disband the boarding school was made due to the fact that in connection with COVID-19, the regional budget does not receive funds from taxes. The problem has already been addressed by the deputies of the Legislative Assembly of the Primorsky Territory.

In the past year, Primorye became the third region of Russia in terms of the number of people who left it after the Omsk and Irkutsk regions. In 2020, 6,2 thousand people left the region, in 2019 - 7,4 thousand, according to Rosstat. But there is also such an "Eastern Center for State Planning", according to which, in 2020, almost 11,5 thousand people left Primorye. It is not known how Vostokgosplan believes, but Rosstat data is based on data on the Primorye regions that have been removed from registration. Local experts have already paid attention to this "fork", because a lot of Primorye residents leave for other regions, keeping their registration in the region.

The reasons for the outflow should be sought in low salaries and pensions, high cost of living, poorly developed transport, communal and recreational infrastructures, and a difficult climate. And the same conditions for the development of children: with a shortage of kindergartens, the creation in Primorye of a new mechanism for providing places in kindergartens - reimbursing private preschool institutions for the difference between the payment of parents and the actual maintenance of the child and the creation of additional groups, as described above - is presented as an achievement. And the development tools of the Far Eastern Federal District, such as the free port of Vladivostok, the Far Eastern hectare, and territories of advanced development, do not work here, since they are not related to the daily needs of a person.
Tags: Primorsky Krai Prosecutor General's Office Kindergartens demography national project