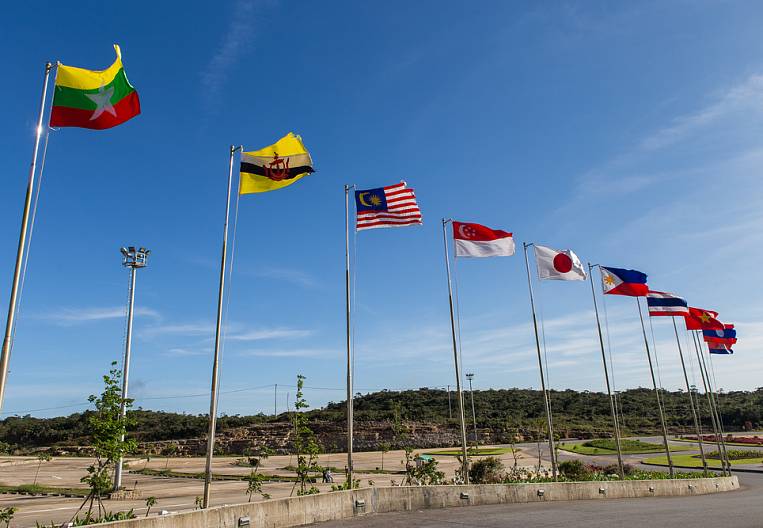 By the end of 2015, the ASEAN Economic Community will be established, and Malaysia, as the ASEAN chair, will become its parent. Using a carefully designed list of questions, the representatives of each of the 10 member states of the organization were asked to note the progress achieved through measures to support economic integration and implement the ideas of the organization.

The last calculation shows that, on average, 78% of the necessary steps have been taken. By the end of the year, the digital expression of progress in the integration process is likely to make it possible to declare victory, despite the fact that, most likely, a 100% result will not be achieved. However, such statements will be premature.

Although ASEAN (the Association of Southeast Asian Nations) has made significant progress in economic integration, a large number of issues remain to be resolved. As the chairman of ASEAN in 2015, Malaysia should conduct an objective analysis of the agenda related to the unfinished investment and trade processes and find opportunities directly for integration.

Of course, the ASEAN countries have achieved success in eliminating trade restrictions related to the presence of interstate borders. The ratio of trade to GDP is 130% and is the highest among developing regions. Each of the ten countries of the organization independently liberalized trade and joined the WTO. As a result, trade began to grow rapidly both within the region and between the member countries of the organization and the rest of the world, which became the foundation for impressive economic growth over the past three decades.

The ASEAN Collective Agreements on trade in goods and services and on investor protection have consolidated these gains. Regrettably, however, protectionist forces within countries have found ways to circumvent these agreements - mainly through domestic policy measures: licensing, restrictions, including in the areas of security and health, and taxes.

For example, Indonesia has imposed restrictions on port entry and licensing for the import of fruits in 2012, set restrictions on the export of minerals (which indirectly protects the processing and smelting industry) in 2014, and also requires the purchase of licenses for iron and steel importers. Malaysia also applies selective excise taxes to protect its automotive industry from foreign competition, and Thailand uses an expensive certification procedure for importing tiles and tiles.

In the service sector, nearly all ASEAN countries impose opaque and arbitrary licensing regulations on service providers. As a result, the World Bank's rating for restricting services in the region is 60%, higher than the global average. These domestic policy measures are usually specific and difficult to count; therefore, their abolition is difficult to discuss. The ASEAN creed of non-interference, the so-called “ASEAN Path,” does not help in these cases. It is a handy fig leaf behind which members of the organization can hide and resist outside pressures for reform.

By chairing the organization in 2015, Malaysia has the ability to bring a sense of urgency to the process of removing internal barriers to trade and investment. There is no better way to do this than to quantify the protective effects of such measures.

The focus on the effectiveness of the degree of protection, which reflects the protective effect of trade and non-trade measures on the part of the state, would be a good start. This would make it possible to emphasize on what the ultimate level of benefit comes from the industry through protection from foreign competition. Where efficiency is negative, this will reveal industries that are at a disadvantage because of this policy.

Of course, in the end each country will have to study its own protectionist barriers, but there are actions that can be taken together. First of all, ASEAN and Malaysia should initiate the creation of an independent register of internal barriers for trade and provision of services in all member countries of the organization. This review should be published together with independent assessments of the effective degree of protection in each industrial sector.

Secondly, the protection of investors, currently extending only to investors from ASEAN, producing goods and providing services related to production, should be expanded to all other investors and the rest of the services sector.

Third, Malaysia should encourage all member countries to use the ASEAN Single Window for customs declaration, a procedural measure designed to reduce the time it takes to process import and export documents, thereby significantly reducing trade costs.

Malaysia should also take advantage of its leadership in ASEAN to open a discussion that will establish a consensus on how the organization sees the future of the region after 2015. Its end should not be regarded as the beginning of the end of reforms, but as the end of their beginning. Ahead is serious work on policy coordination, which will not only facilitate trade between regions and provision of services, but also remove barriers to the movement of capital and labor.

Of course, none of this can be implemented if Malaysia does not continue to strengthen the ASEAN Secretariat based in Jakarta. His staff of 300 people and a budget of 17 million dollars are barely enough for organizing 1400 and more meetings related to ASEAN activities taking place every year. Malaysia not only has to look for opportunities to increase staff and budget by several times, but also to stimulate reforms in the work and recruitment of personnel in order to promote the growth of activity of this body, which is in the forefront of the forces dealing with the strategic problems of the region.

According to the country's leaders, 2014 was a very difficult year for Malaysia - “a terrible year,” according to Razali Hamza, who spent many years in parliament. However, in its role as ASEAN Chair in such an important year, Malaysia has a good opportunity to leave the past behind and demonstrate that it can be a true leader in the region with a vision of the future. Let's hope she can seize the moment.