"Progress" will work for the needs of small aircraft 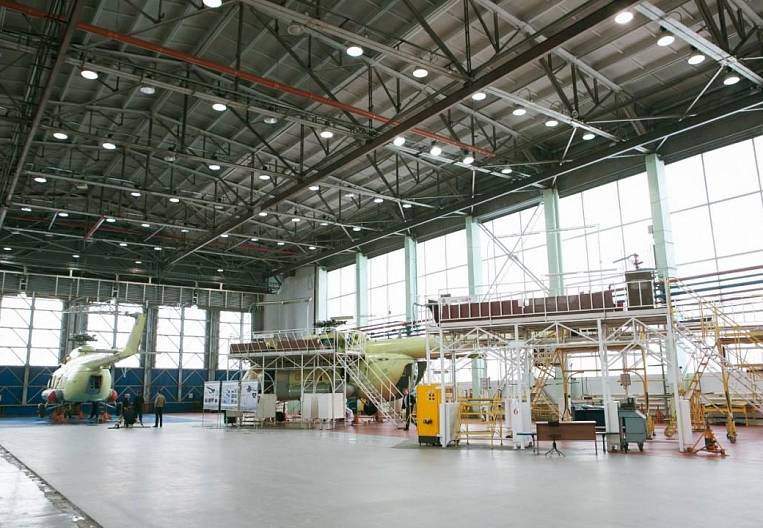 Photo: AK "Progress"
Prospects for the loading of Progresa's production facilities were discussed at a meeting between the head of the Primorsky Territory Andrei Tarasenko and Andrei Boginsky, the general director of the Helicopters of Russia holding, which includes the Arseniev Aircraft Plant. According to Andrei Boginsky, for the next few years the enterprise is provided with orders through the Defense Ministry, and the Ka-62 multipurpose helicopter is also being organized there. In addition, Russian Helicopters is currently working on new aircraft production projects, including the TVS-2DTS aircraft for small aircraft.

"The final assembly will be in Ulan-Ude, but the main production cooperation in the Primorsky Territory - Progress" will produce all the composite parts. We intend to submit the pilot sample of the aircraft in September 2018 at the Eastern Economic Forum, "Andrei Boginsky said.

Reference: History of the Progress aviation company. Nikolay Sazykin began in 1936 year, when an aircraft repair plant №116 was opened in Arseniev. Over time, the enterprise moved from repair to production of aircraft. In 1969, the production of the Mi-24 helicopter began on AAC Progress, the release of which lasted almost two decades. Today the plant produces one of the most advanced combat vehicles in its class - reconnaissance-strike helicopters Ka-52 "Alligator". "Progress" also has experience in the production of light engine aircraft. In particular, with the participation of the plant in its time, training and sports aircraft Yak-18, Yak-55, Yak-54 were manufactured.

TVS-2DTS should come to replace the aircraft An-2, which were produced from the end of 1940-x. Today, about 1,3 thousand aircraft of this type are registered in Russia, of which only 300 machines are in the state of airworthiness. In April this year in Yakutia, a prototype of TVS-2DTS was demonstrated, which was developed by the Siberian Research Institute of Aviation named after. Chaplygin. The functional of the aircraft is wide - it is planned to use it for rendering emergency medical assistance, extinguishing forest fires, performing agricultural work and, of course, organizing passenger transportation: the capacity of the vehicle is 14 passengers.

It is planned that for successful implementation of the project of the TVS-2DTS aircraft and other advanced equipment, the Ulan-Ude Aviation Plant (U-UAZ) will become an anchor resident of the technopark for the production of high-tech products of aircraft construction and instrumentation. To this end, the government of Buryatia has allocated a land plot of 17,5 ha, adjacent to U-UAZ. As the press service of the plant reported, at the moment the road map has been developed, which provides for the main activities and the deadlines for their implementation. In the near future, it is planned to formulate a technical task for the construction of the first stage of the technopark.

As noted in the holding "Helicopters of Russia", the entry of U-UAZ into the residents will allow to use the measures of state support at the federal level, in particular, to compensate for infrastructure costs. This will reduce the cost of the project, accordingly, give the manufacturer more room for maneuver when determining prices for manufactured aircraft.

The new aircraft is particularly needed by the small aircraft of the Far East. A long-term contract for the supply of TVS-2DTS was signed with the airline "Polar Airlines". The first batch of Ulan-Ude plant plans to transfer in 2021 year. In accordance with the agreement, he must supply at least 200 TVS-2DTS vehicles for the needs of regional aviation.
According to Sergei Taranenko, head of the Far Eastern Interregional Territorial Administration of Rosaviation, in the Far East, there is experience in the exploitation of such developments of the Siberian Research Institute of Aviation. Chaplygin, as an airplane TVS-2AM (it is used by the GAU of the Amur region "Airbase") and TVS-2MS. "The aircraft TVS-2DTS can be considered for the future to carry out flights within the municipal districts in case of interest of district administrations," he said.
Tags: Aircraft building aircraft industry production project development Arsenyev Progress