With the "Planet Taiga" project, EastRussia readers are already familiar. We talked about how a group of young like-minded people from Komsomolsk-on-Amur first got carried away by taiga campaigns, then began to shoot short videos from their travels - "for themselves and friends," and eventually did several large films about the Far Eastern taiga and related to her interesting and mysterious stories. Several films became laureates of film festivals, were broadcast on federal TV channels. And recently the participants of the "Taiga Planet" project themselves became heroes The film, shot about them by NTV channel journalists. 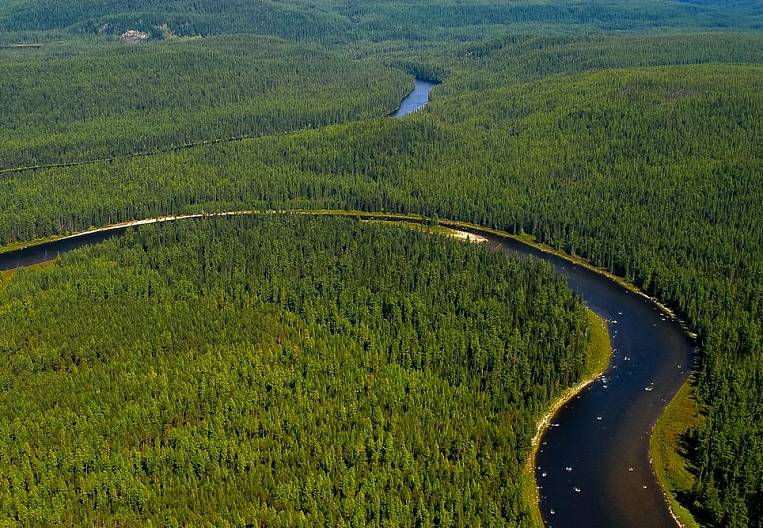 Photo: shutterstock.com
In May 2017, the travel company "Planet Taiga" officially entered the register of tour operators. As the project manager Viktor Reshetnikov says, it all started with the fact that the Khabarovsk people who saw the films of the "Planet of Taiga" began to ask the authors to lead them along the same routes. Over time, this resulted in an independent direction of work. And it turned out that taiga travel is extremely popular with tourists.

- When we started organizing campaigns, it turned out that practically no one except us in the Khabarovsk Territory is working in this direction. Most of our tours are unique. But this is not because we are special, there are simply no similar examples in the region, - says Viktor Reshetnikov. - And now, according to our estimates, from 70 to 80% of those tourists from Komsomolsk-on-Amur who go hiking, do it through us. People come to us not only from our city, but also from the capital of the region. We had to work "from scratch" also because the residents of the Khabarovsk Territory have a strong prejudice: we supposedly have nowhere to go, nothing to see. We are trying to break this stereotype.

"Planet Taiga" breaks stereotypes about the poverty of impressions for tourists in the Khabarovsk Territory, using the same approaches as when shooting films: it is not enough to admire the beautiful views - it is important to "unearth" an interesting history associated with a particular place. Almost every tour of the "Planet of Taiga" has its own history, "intrigue". And the company has about 20 of them.

The first level is children's tours, there are four of them. Designed for adolescents 12-15 years old (younger children can be taken with them to absolutely any tour). Tours that are exclusively for children are one-day tours. Viktor Reshetnikov explains: very strict requirements are imposed on the conduct of multi-day children's tours according to the standards, which are very difficult to comply with, working legally, officially and “in white” (and this is how Planet Taiga works). Therefore, children's travels are excursions to reserves, one-day ascents. But at the same time, the tours are intense, rich, not a minute wasted. In them, children get acquainted with the taiga, its inhabitants, associated with legends.

- We are trying to get away from the traditional format of the excursion (one person speaks - others listen). We definitely have a game moment, we also use the form of the quest. When the guys cope with the assignments, they are especially proud to receive a diploma or certificate for their achievements. Another feature of ours is that we make sure to shoot short, one-minute videos during such trips, especially so that the guys can post them on social networks.

The most uncomplicated, affordable tours for adults are excursions. For example, geological. They are conducted by Honored Geologist of Russia Anatoly Iosifovich Bogdanov. Anatoly Iosifovich is far behind 80, however he actively participates in the work of "The Planet of Taiga" - he advises young colleagues when shooting films related to the history of the region, now he is preparing excursions. They are extremely popular: the turn on geological excursions is painted for two months ahead.

There is also an ethnographic excursion - to the Nanaian village of Upper Econ.

- In the program of this tour, in addition to traditional moments, for example, visiting the museum, added those that no one else has. So, our tourists are treated to traditional dishes of Nanaian cuisine - during the tour they are offered only, but in great variety. Cooked by unique, come from ancient recipes, - says Victor Reshetnikov. - Reconstructed during the tour and one of the Nanaian rituals. More precisely, its individual elements. To the shamanistic rites, the Nanais themselves are taken very seriously, and from our point of view, these are not the things that should be entertained. But tourists get acquainted with the peculiarities of shamanic dance, learn about national traditions, visit the rock "shamanka" - a sacred place among the Nanais. The tour is one-day, but extremely busy. But it passes very close to the city.

The next category of tours is the rafting on the mountain rivers. Certified instructors with certificates for carrying out category alloys work with tourists, the participants themselves do not need special training. Alloys are carried out on catamarans, on rafts, and if there is an overnight stay, then there will be a hiking bath. By the way, such tours are popular with corporate teams.

- There are also several types of rafting tours, they take place on different rivers, - says Reshetnikov. - There are trips designed for those who like fishing and for those who just want to relax and sunbathe. There are rafting along the reserved rivers - travelers can watch rare wild animals. There are also historical ones - in places that Vladimir Arseniev, a geographer, writer, ethnographer, described more than 100 years ago.

"Planet Taiga" offers and tours-ascents. From one day, for example, to the Dzhaki-Unahta-Yakbyana ridge (by the end of the trip all tourists remember its name, notes Reshetnikov), during which it is possible to climb to a height of 1300 meters, up to a week, as, for example, the mountain lake Bolshoy Suluk surrounded by snow-capped peaks.
And during the three-day campaign on the Amur pillars, "Planet Taiga", among other things, is holding a cultural and ecological festival, which has already become traditional.

A special journey is to climb the Mt. About her "Planet Taiga" a few years ago, too, made a film. They began to shoot about Magloe as a sacred for the Nanaian mountain. But soon the main story became different: during the expedition the guys found a plane that was wrecked in these places in 1952 year. This story is still an undisclosed mystery. And the plane lies on the slope of Magloe ... The tourists who went on this trip can learn about the riddles of the mountain.

From the new season in the program of large tours of the "Planet of Taiga" there were trips to the lake of Chukchagir, the largest in the Khabarovsk Territory, and Lake Udyl. Tourists are invited not only to relax and admire the natural beauty, but also to learn about the most interesting stories related to lakes.

"Despite the fact that our tours are different both in duration and in duration, people can go to them with almost any level of physical training," says Victor Reshetnikov. - The same, in general, and with the financial aspect: our tours are available to all, we rely on mass, we try so that as many people as possible learn about the history of the region. I note that a significant part of the funds received from this commercial project is to support the media project - that is, to shoot films about the Khabarovsk Territory.

How many tours the company offers. About 20.

How many tourists participate in one round. On average, 15-20. In hikes on the Amur pillars sent to 50 people.

Duration of the tour. From one day to a week.

Tour cost. From 1 to 6 thousand rubles, depending on the duration and complexity.

Starting investments. The purchase of tourist equipment, some types of equipment, required about 700 thousand rubles. In doing so, when organizing tours, "Planet Taiga" uses technology that was previously purchased and used for shooting expeditions (for example, catamarans, rafts).

Support of the authorities. "Taiga Planet" won in the city competition to compensate for the costs of training: five of its employees attended special courses on tourism at the National State University of Physical Culture, Sport and Health named after Lesgaft (St. Petersburg). This required 100 thousand rubles, of which 80% was compensated from the budget. In addition, the city authorities provided the company with free premises (primarily for a media project), and provide information support.

Promotion of the project. Through social networks. https://vk.com/planetataiga

Demand for tourists. Last year, which, we recall, was the first year of work of the "Planet of Taiga" as a tour operator, its tours were purchased by about 500 people. Since the beginning of 2018 year - already more than 1000. According to Viktor Reshetnikov, up to 80% of tourists from Komsomolsk-on-Amur are turning to the company, who choose this type of travel.
Tags: tourism hikes excursions история ceremonies traditions geology research alloy Khabarovsk Krai 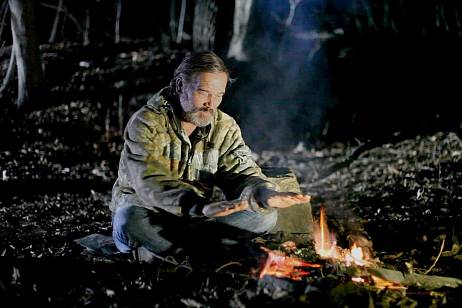 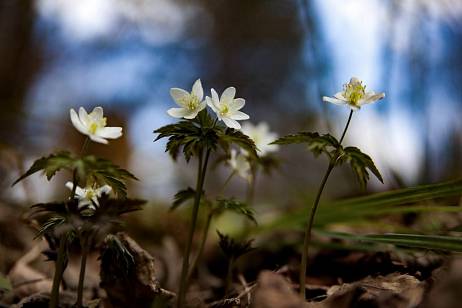 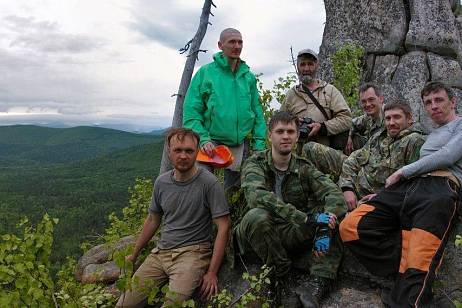