Russia has been living under economic pressure and sanctions from Western countries for several years now. And although the goal of the sanctions policy towards Russia is not the complete exclusion of a country from international trade, banks and participants of foreign economic activity are increasingly under the influence of restrictions. Nadezhda Kochergina, Head of the Department for International and Interbank Operations of the Primorye SKB Primorye, told about the current trends and prospects of international payments in current conditions. 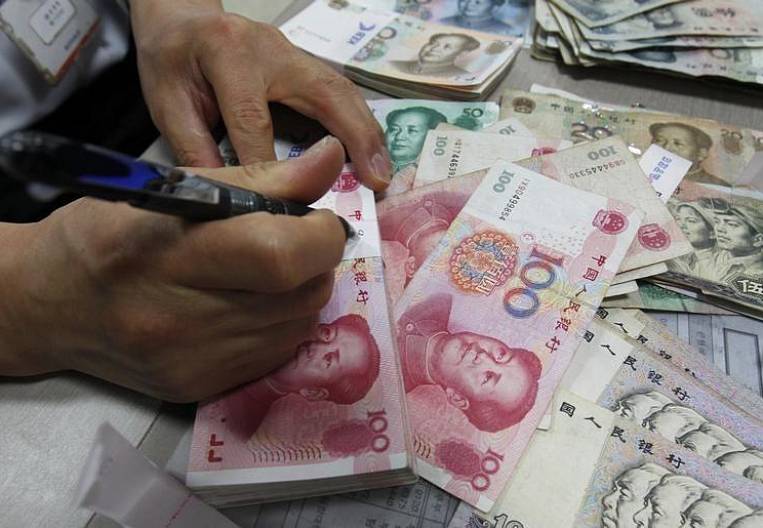 Special project Finance of the East of Russia
- Nadezhda Evgenievna, can the sanctions policy of Western countries influence international settlements with third countries, for example, with China?

- Currently there are no direct restrictions. The sanctions imposed on individual Russian companies and banks impose restrictions on the conduct of specific types of operations related to obtaining financing, investments in the oil and gas industry and the defense industry. They do not apply to settlements for ordinary trading operations.

But there is an indirect impact on the calculations in the framework of foreign economic activity. The fact is that most of the calculations are carried out in US dollars and euros. At the same time, the international settlement system implies that transactions are carried out through the banks of countries that are the issuer of the settlement currency. Most of the payments in dollars are made through intermediary banks in the USA, in euros through European banks, etc.

- It turns out that Western banks get control over the operations?

- You can say so. Since a foreign bank acts as an intermediary and makes a payment, it must ensure that all the requirements of its national legislation are met with respect to such a payment. Banks can apply their policies to counter money laundering, in order to comply with the sanction legislation of their country. And in some cases, the payment may be suspended by such a bank and sent for additional verification.

- Are there any mechanisms of protection against such an intervention?

- The best protection in this case is the use of national currencies in the calculations. These are direct calculations, without the participation of intermediaries in other states. In addition, you save on transaction costs when converting. It is enough to buy a currency, for example, the yuan, only once. There is no need to buy dollars, and then transfer them to the yuan on the Chinese side. Currency risks are also reduced - the price is fixed in the currency that the seller wishes to receive in the end. It is worth noting that in such conditions the issue of transition to settlements in national currencies, especially with Asia, is becoming increasingly important.

- The bank where you work makes such calculations?

- Even 20 years ago, Primsotsbank was one of the first in Eastern Russia to start building correspondent relations with Asian banks - first with Japan, then with China and Korea. Today, the infrastructure for conducting customer settlements includes the largest data banks of the countries.

In Primsotsbank, you can open an account and make settlements in five Asian currencies: Chinese yuan, won the Republic of Korea, yen, and Hong Kong and Singapore dollars. At the same time, we fully meet the needs of our clients in conversion operations. I note that we do this from the beginning of the working day in Vladivostok until the end of the working day in Moscow (in addition to the DFO, Primsotsbank branches are located in Moscow, St. Petersburg, Yekaterinburg, Chelyabinsk, Omsk, Irkutsk). Our technologies allow a client to buy currency and make a payment in one day, regardless of the time of trading on the Moscow Exchange.

- Are there any restrictions on settlements in national currencies?

- There are no restrictions in the Russian legislation - payments are made in the same way as in US dollars. The only requirement is that the settlement currency must be indicated in the foreign trade contract (if necessary, the exchange rate from one currency to another must be indicated).

- And what is the practice in other countries?

- Calculations for foreign trade operations are carried out freely. For example, China several years ago liberalized currency legislation and lifted restrictions on settlements in RMB. Today, a Chinese company can make payments in its national currency in the same way as in a foreign one. Customs clearance will be similar.

Nevertheless, over the years of work in this direction, we have encountered a number of peculiarities of the currency legislation of Asian countries and the processing of payments. For example, international payments of individuals in China in yuan are limited, in Korea, for cross-border settlements in won over a certain amount, additional documents (invoice, agreement) are required. We are familiar with most of the nuances and requirements, and we willingly share our experience with our clients. Including - within the framework of free seminars that we regularly hold in the regions where we have divisions.

EastRussia help. PJSC SKB Primorye "Primsotsbank" (license of the Central Bank of the Russian Federation N2733) was founded on March 4, 1994 - a Russian universal bank, one of the leaders in the banking sector of the Far East. The branch network of Primsotsbank has 58 points of presence in 27 settlements of Russia, including Primorsky, Khabarovsk, Kamchatka Territories, Omsk, Chelyabinsk, Irkutsk, Sverdlovsk Regions, Moscow and St. Petersburg. According to the rating of Russian banks published on the independent financial portal Banki.ru, as of August 1, 2018, the Bank is ranked 93 in the TOP-100 Russian banks in terms of assets, has an international long-term rating "BB-" (forecast "Stable") from the international rating agency Fitch Ratings. Also in May 2018, Expert RA confirmed to the Bank the ruBBB + credit rating with a stable outlook. Forbes magazine, published in the TOP 2018 most reliable banks in Russia rating published in March 100, ranked Primsotsbank at 42 positions.

- From your answers it turns out that Primotstsbank works in this direction only with Asian countries?

- Not exactly, although Asia is traditionally in the spotlight. The Primorsky Territory and the Far East are historically located at the intersection of trade routes with these countries. And most of the foreign economic activity companies throughout the country do their business with Asia. More than 60% of international settlements in our bank are in Asia. In particular focus is China. We strive to develop relationships with Chinese banks, which allows us to provide fast and efficient settlements with the Middle Kingdom. The Bank is a permanent member of the Russian-Chinese Sub-Commission for Cooperation in the Financial Sphere and takes an active part in its work. Within the framework of the Sub-Commission, topical issues of interbank cooperation between China and Russia are discussed and resolved.

But, in addition to this, we pay considerable attention to the full comprehensive service of companies engaged in foreign trade - from settlement operations and currency control to financing foreign trade participants. Our bank provides settlement operations in 11 foreign currencies with any country in the world. Depending on the client's needs, we offer various flexible solutions for currency conversion and hedge currency risks. Primsotsbank also issues customs guarantees for customs representatives, authorized economic operators, owners of customs warehouses, carriers, etc.

- Are there any "fresh" examples of successful interaction?

- Of course. So, for example, Primsotsbank took part in the work of the Sub-Commission on Financial Cooperation of the Russian-Chinese Commission for the preparation of regular meetings of heads of government, which met on 28-29 on September 2018 in the Chinese city of Shenzhen. At the meeting, they discussed the current status and topical issues of cooperation between the banks of the two countries, as well as in the field of insurance and interaction in financial markets. One of the topical issues was the question of the influence of third-country policies on bilateral trade relations between Russia and China. I repeat that Russian banks and their clients continue to experience the negative impact of the US sanctions policy when making bilateral settlements with Chinese banks in the US currency.

Chinese banks have noted that they are forced to comply with the requirements of US law, as they conduct banking activities there through their subsidiaries. At the same time, the problem, apparently, arises from the extended interpretation of Chinese sanctions policy by Chinese banks. The Bank of Russia gave a detailed explanation to the People’s Bank of China and representatives of Chinese commercial banks about the nature of the sanctions restrictions in force.

One of the tools to counter this sanction pressure is precisely the transition to settlements in national currencies: rubles and yuan. This completely eliminates the influence of third-country policies, which allows you to make payments quickly and efficiently. I note that in the first half of 2018, in our bank the share of the ruble and the yuan in settlements with China exceeded 20%.

We invite participants of foreign economic activity to mutually beneficial cooperation. I will add that you can get consulting support for the implementation of international payments in the offices of PJSC SKB Primorye "Primsotsbank". Additional information is also available at Online Bank or by calling the 8 Unified Help Desk (800) 200-42-02.
Tags: finance currency calculations Contribution banks dollar the international cooperation