In Primorye operates 38 multifunctional centers, where you can get 198 public services. Daily in the seaside MFC serve more than 5 thousand visitors. The development of the MFC network and the expansion of the range of public services provided in electronic form is conducted on behalf of the Governor of Primorsky Krai within the framework of the regional state program "Information Society". With the development of the portal of state servants and the opening of the MFC network, the inhabitants of the region may not need to spend time on circulation at various levels. 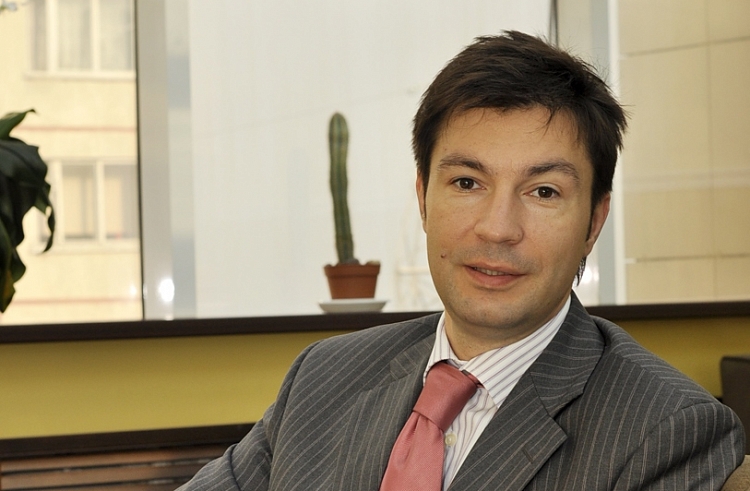 Photo: primorsky.ru
Director of the Information and Telecommunications Department of the Primorsky Territory Ilya Krasilnikov told in an interview to EastRussia About the attendance of the website of the municipalities, the demand for electronic services in the region, the development of the MFC network, new electronic projects and the expansion of the MFC's capabilities.

- Ilya Olegovich, how is the program for the development of the MFC network moving in Primorye?
- The main task of developing the MFC network in the Primorsky Territory is to improve the quality of services provided, to ensure comfort and accessibility, in connection with which the Applicant Service Standard has been developed and implemented in the MFC, which describes in detail all aspects of interaction between the center and the applicant. Currently, a local normative act is being developed, in accordance with which a special service will be created to control the operation of the MFC network in the territory of the region. Also, a priority task is to expand the list of services provided on the basis of the MFC.

As part of improving the MFC system in 2016, the competition "The best municipal multifunctional center of Primorsky Krai" was held, which determined the best MFC and the best universal specialist. The main selection criteria were indicators of the quality of the MFC's work, the absence of complaints about the work of the MFC, as well as the coverage of the MFC's activities in the media.

Opening of new offices and centers "My Documents" is not planned yet. At the same time, a pilot project "MFC for business" is currently being implemented in the constituent entities of the Russian Federation, within the framework of which special arrangements for supporting small and medium-sized businesses are reflected in agreements on cooperation with state authorities and local self-government. Based on the results of the pilot project in 2017-2018, the issue of creating such specialized MFCs in Primorsky Krai will be considered.

- What caused the growth Attendance of the state services in Primorye?
Now the executive bodies of Primorye Territory have 193 public services of which may 86 available in electronic form before the end of the year 2016 the opportunity will appear for 5 services.

For three quarters of 2016, the executive authorities of the Primorsky Territory provided 5 services, of which in electronic form - 034 (463%), local self-government bodies of municipalities 1, in electronic form: 465 (631 %).

The popularity of receiving state services through the Unified portal of public services in the Primorsky Territory is determined by various factors. In particular, the range of services has expanded: due to the connection to the subsystem of the ESGU "Service Concentrator" in Primorsky Krai in 2015, within the pilot region to organize the provision of services to the registry office and issue of a hunting ticket, three state information systems were created and successfully operated: GIS "Hunting", GIS "Nakhodka-registrar", GIS "Electronic School of Primorye".

These information systems are developed according to the Uniform Functional and Technical Requirements and integrated with the "Service Concentrator". This allowed to organize the provision of public services of the registry office, the issuance of a hunting ticket of a single federal sample, as well as municipal services "Entry to a kindergarten" and "Enrollment in an educational institution." 638 kindergartens (which is 100% of all children's institutions in Primorsky Krai) are also connected to the GIS "Primorye Electronic School".

Connection to the subsystem allowed to render these services more qualitatively and simply, while these services are already on the new version of the Single Portal.

Still - connection to the project "Multiregionalnost". The essence of the project is to create on the new version of the EPU a single list of services for all subjects of Russia for life situations in which service recipients, depending on their chosen location, immediately offered the services of specific departments. It is very convenient and allows not to waste time searching for the necessary authority for the applicants, but simply to choose the necessary life situation.

Another factor is integration with a unified identification and authentication system (ESIA). This integration allows the applicant, once registered on the Single Portal, to use all available departmental portals and services of Primorsky Krai. State information systems "Primorye Electronic School" and "Contingent" are integrated with the ESIA. Also, the regional information service "People's control", the portal of the MFC of the Primorsky Krai, the portal of the Employment Center of Primorsky Krai are integrated. Currently, work is underway to integrate with the ESIA Social Portal PC.

The objectives of the typification of municipal services are the unification of the application forms, the reduction of the package of documents required from the applicant, the increase in interdepartmental interaction, as well as a unified procedure for the provision of identical services in various municipalities. Of course, the goal of typing is also the maximum transition to the use of information technology in the provision of municipal services.

As an example, within the framework of the optimization of the administrative regulations of the Department of Labor and Social Development of the Primorsky Territory "Procedure for the provision of regional maternal (family) capital in the Primorsky Territory", it was decided to reduce the list of documents that must be submitted by the applicant: 6 documents were excluded, 12 documents referred to information, to be received through interdepartmental electronic interaction.

In addition, it is necessary to note the traditionally high demand for services of federal agencies, such as obtaining a passport, registering vehicles and so on.

Also, in order to increase the availability of state and municipal services on the basis of many MFC, applicants are served on a paid basis (except for the veterans of the Second World War). This service can be used by both a physical and a legal entity. This practice is widely spread throughout the Primorsky Territory. With the order of exit service can be found on the Portal of the network of multifunctional centers of Primorsky Krai.

Additionally, you can get services in real time using the Unified portal of public services.

- Within the program "Information Society 2013-2020", the main indicator of achieving the objectives of the program is the level of coverage, provision and quality of information telecommunication services provided to the public. What are they in Primorye? What can be considered an intermediate success? What remains to be done?
- As for the provision of telephone communication, today all settlements are provided with telephone communications. Part provides fixed telephony, part of mobile operators. Where there is no fixed telephony or mobile operators, payphones of universal communication services are used.

Internet access is provided in 480 settlements of the Primorsky Territory. Rostelecom is implementing a project to eliminate the digital divide. In accordance with this project, by the end of 2018, 121 more settlements with a population of 250 to 500 people will be connected to the Internet via fiber-optic lines. At the end of this year, 34 access points have already been connected; in the first half of 2017, it is planned to connect 9 settlements. The Primorsky Territory Administration signed an agreement to assist Rostelecom in providing settlements that were not included in this list and are not provided with an Internet connection. And now a package of orders is being formed to provide communication channels for local authorities in order to provide an opportunity to provide state and municipal services in electronic form. The possibilities of connecting to the Internet of medical institutions in accordance with the instructions of the President of the Russian Federation are considered.

Also in the territory of Primorsky Krai are deployed services of the company that provide access to the Internet based on satellite communication channels. In remote settlements this year, projects were launched on the basis of a collective connection. The most striking examples are with. Moldavanovka and s.Mihailovka of Olginsky district.

- What are the main constraints on the provision of these services in Primorye?
- The main deterrent is the economic feasibility on the part of communication operators expanding the coverage area. The cost of building high-speed communication channels in remote settlements is quite high, they do not allow operators to receive compensation for these costs at the expense of subscribers of these settlements.

- What are your plans for next year's development?
- The main directions of the next year are the implementation of a project to eliminate the digital divide and the implementation of measures to provide state and municipal services in electronic form. There are big plans to develop communication channels for schools to provide access to educational information resources and for distance education in small schools. Together with the Ministry of Telecom and Mass Communications preparation of a plan for the implementation of the message of the President of the Russian Federation on connecting medical institutions to the Internet.

EastRussia Help
Krasilnikov Ilya Olegovich - Head of the Department of Informatization and Telecommunications of the Primorsky Territory. Graduated from the Moscow State Institute of Steel and Alloys with a degree in Applied Mathematics. He held the positions of Deputy Vice-Rector for Campus Development, as well as Director of the Center for the Development of Electronic and Multimedia Services of the Far Eastern Federal University.
Tags: Primorye MFC Digital inequality Internet Rostelecom 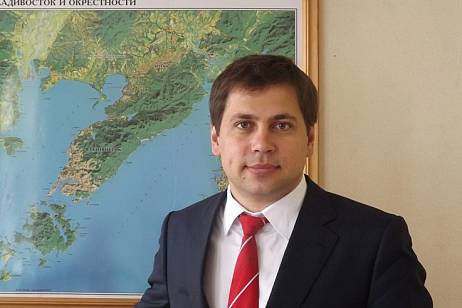 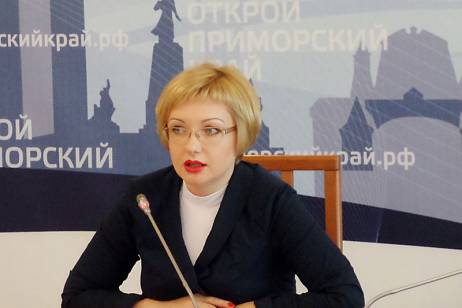