An example worthy of imitation 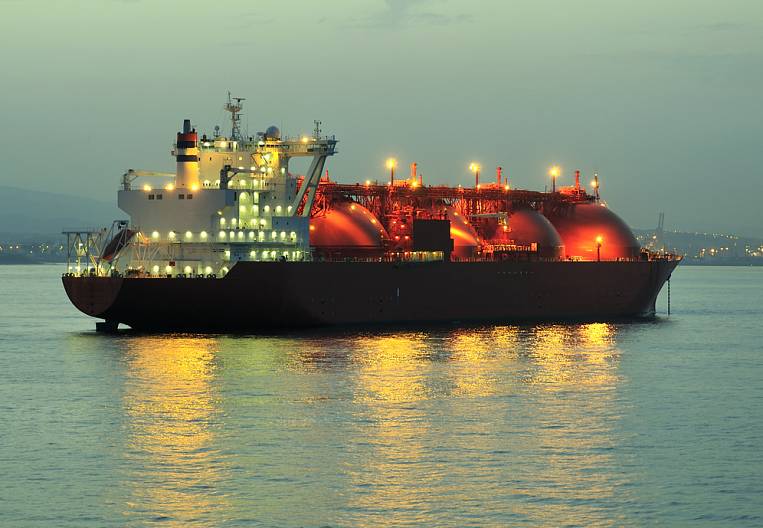 According to the performance indicators of executive authorities, at the end of 2013, the Sakhalin Region entered the top dozen. And she received a prize from the federal government - a grant of 178,9 million rubles.

The money was transferred by order of the Prime Minister of Russia Dmitry Medvedev, and all of them, by the decision of the Governor of the Sakhalin Region, Alexander Khoroshavin, will be directed to additional financing for the implementation of the May decrees of Russian President Vladimir Putin.

It's not easy to get into the top 20 ranking. This can count only on those regions where, as a result of the activities of the head of the subject of the Federation and his team, there is a stable development of the economy and the social sphere. The assessment is based on the methodology developed by the Ministry of Regional Development. In consideration take 12 indicators, which reflect the changing situation in the economy and social sphere. At the same time, experts also take into account the government's assessment of the local population.

According to experts, the result of the Sakhalin region is highly deserved. The region demonstrates steady achievements both in economic and social spheres. Today, Sakhalin is the undisputed leader of economic growth among the Far Eastern constituent entities of the Federation, a region without debt and federal subsidies, whose example is worthy of imitation.

Thus, the oil and gas complex, a key sector of the region’s economy, despite fluctuations in the global hydrocarbon market, still demonstrates enviable stability. Moreover, as part of the Sakhalin-1 and Sakhalin-2 projects, oil production is only growing. This is due to the fact that the region produces light and high-quality oil brands Sokol and Vityaz. She, like Sakhalin natural gas, is in steady demand.

Of course, the regional authorities understand that the great dependence on the oil and gas complex is fraught with considerable dangers for the region. Therefore, they rely on large investment projects capable of giving an impetus to the development of other sectors of the economy and to comprehensively address the key task of state policy to increase the permanent population in the region.

“Currently, the preliminary list of priority investment projects in the Far East of the Sakhalin Region includes two major projects,” comments the Governor of the Sakhalin Region, Alexander Khoroshavin. - This is the creation of an integrated woodworking production on Sakhalin and a fish processing complex on Shikotan. Their total investment capacity is about 10 billion rubles. The implementation of the projects will create about 1200 jobs, while additional tax revenues to the consolidated budget of the Russian Federation are estimated at 2 billion rubles.

Two more investment projects can count on the support of the federal government. This is the construction of a large livestock complex on 50 of thousands of pigs in the south of Sakhalin and the creation of a marine biotechnopark. In the second case, we are talking about industrial mariculture, the formation of a fundamentally new type of economic activity for our country.

- This project will allow us to enter the markets of the countries of the Asia-Pacific region with new products for us and within five years to provide the Russian share of such valuable species of marine bioresources as trepang and scallops in the amount of 4-5 percent, and in the next five years to double it. In the long run, this will bring a serious multiplicative effect, "the governor said.

However, to implement any major projects, the region has to overcome the restrictions in the areas of energy, transport, and utilities, due to the island situation. Over the past few years, projects on the construction of the 4 and 5 units of the Yuzhno-Sakhalinsk TPP-1 have been implemented on Sakhalin, as a result of which the plant's capacity has grown by almost 140 MW. At the end of this year, it is planned to complete the modernization of the Okhinskaya CHPP in the north of Sakhalin. And the construction of the Sakhalin TPP-2 will begin early next year. In the Sakhalin Region, the length of paved roads has significantly increased. Asphalt roads first appeared on the Kuriles. On Iturup Island, an airport was built from scratch - for the first time in the post-Soviet period. Work has begun on the construction of a new air terminal in Yuzhno-Sakhalinsk.

Creating a supporting infrastructure for the convenience of the population of the region, the island authorities simultaneously solve similar tasks in the sphere of business development. In the case of regional projects, it is a question of using the tools of the regional investment fund, whose amount in 2014-2020 will be about 5 billion rubles. Today in the Sakhalin region in the work are 63 investment projects, of which 32 are implemented with the participation of the state. For one ruble of budget financing, from 4 to 8 rubles of private investment is attracted. To this end, a wide range of measures to support entrepreneurial and investment activities was created at the regional level.

Largely due to this, other sectors of the island economy show a steady upward trend. For example, the Sakhalin coal miners, due to the modernization of port facilities, are increasing the volumes of extraction and shipment of fuel outside the region.

The village on Sakhalin, under the influence of large-scale support measures taken in the region, increases the production of milk and eggs. In the spring on Sakhalin in the Tomarinsky region a large greenhouse farm was operating, the project was implemented with the help of the region. By the end of 2014, the volume of gross agricultural output is estimated to be 103,6 percent to the level of 2013. Over 9 months in the region have put into operation more than 187 thousand square meters of housing. This is 1,9 times higher than the same period last year.

It should be noted that according to the Federal Fund for Assistance to the Reform of Housing and Communal Services, the Sakhalin Oblast has become the leader in resettlement from dilapidated and dilapidated housing. Ahead are only Tatarstan and the Kamchatka Territory.

- Here, on Sakhalin, we approached a complex solution to this problem. I see new housing estates, which literally in a month and a half will be already settled. I am sure that the planned targets will be fulfilled, and the Sakhalin Oblast Governor has set the task to solve the problem of emergency housing by the end of 2016, this is a year earlier than the deadline set by the RF Presidential Decree, Konstantin Tsitsin, general director of the foundation, gave this assessment to the work of the Sakhalin administration.

As a result of such economic growth in the nine months since the beginning of the year, the gross regional product amounted to 576 billion rubles, this is 106,7 percent to the corresponding period of 2013 of the year. Industrial output exceeded last year’s level by 9,1 percent.

Naturally, economic growth stimulates demand for labor. And today, unemployment in the region is fixed at the level of 0,5 percent, that is practically nonexistent. Moreover, there is an unmet demand for qualified employees in all sectors of the economy without exception. And the competition among employers, naturally, leads to an increase in the average monthly salary, which now exceeds 53 thousand rubles.

All this allows the region to successfully replenish the budget, the size of which a few years ago exceeded the psychological mark of one hundred billion rubles. Sakhalin Region from 1 July 2014 year lives completely without debts.

Of course, regional financiers take into account that storms in the global economy will affect revenues to the regional treasury. Therefore, the draft regional budget for next year is drawn up according to the so-called conservative scenario. It provides for the preservation of oil prices - the main source of income for the region - in the region of one hundred dollars per barrel. It is assumed that the regional budget revenues should make 121 a billion rubles next year. More than 45 percent of budget expenditures will be directed to social goals, primarily to the implementation of the "May" presidential decrees, relating, in particular, to raising public sector wages.

In case of a long-term fall in oil prices below the level of one hundred dollars, the regional budget has created a "safety cushion". Next year, it will be a stock of about 8 billion rubles. The regional authorities are sure that thanks to this money it will be possible to maintain the existing level of social guarantees for the population. And he, by the way, is one of the highest in the country: in the region there are over 90 various measures of social support.