Since the beginning of the Far Eastern Mortgage program, banks have concluded 983 loan agreements with residents of the Far Eastern Federal District for a total amount of 3,4 billion rubles. The average loan amount is 3,5 million rubles. The leaders in the number of applications were Primorye, Khabarovsk Territory and Yakutia. A measure of support has been introduced for the Far East, but can it also become a way to attract people to the vastness of the most extensive, but sparsely populated part of the country? 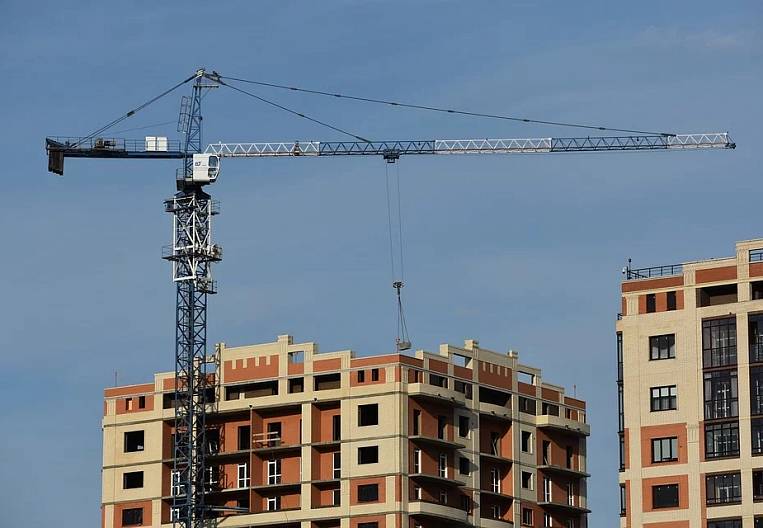 “The Far Eastern Mortgage is a support measure for those who want to improve their living conditions and link their future with the Far East,” commented the press service of the Agency for Human Capital Development in the Far East and the Arctic.

By decree of the President, mortgages at 2% are available for two categories of citizens - young families and owners of "Far Eastern hectares". However, the text of the resolution does not indicate that the borrower must necessarily be a resident of the Far Eastern Federal District. The only criteria are age not older than 35 and Russian citizenship.

In accordance with the requirements of the Far Eastern Mortgage program for young families, the recipient of the loan will have to register in his home within nine months after registration of ownership. At the same time, it will be necessary to remain prescribed for at least five years. In case of violation of the conditions, the bank can raise the interest rate to the market level.

As of January 23, in 11 subjects of the Far Eastern Federal District 983 loan agreements were concluded for a total amount of 3,4 billion rubles. The average loan amount is 3,5 million rubles. As noted in the press service of JSC “Bank DOM.RF”, the share of mortgages at 2% in the total volume of bank issuance in the macro-region is about 30%. In general, the volume of mortgage lending in the Far Eastern Federal District in December-January increased 2,5 times compared with the same period last year.

“We have long been planning to buy an apartment, but we did not plan to take a loan for these purposes, we hoped to cope on our own. When they found out that there was a preferential mortgage at 2%, they immediately became interested in this option. My wife and I are a young family, both of us are 26 years old, so we are quite suitable for the terms of the program. Applications for a loan were submitted to two banks, in both received approval. We live and work in Chukotka, but we decided to purchase an apartment in Vladivostok - we plan to move to Primorye after the house in which we intend to buy an apartment will be commissioned, and this will take several years. Housing in a house under construction will cost us eight million rubles, of which six million are funds issued by the bank. Of course, housing in Vladivostok is more expensive than in Chukotka, but the city is more developed and the climate is milder, ”said Stepan Barabosh, recipient of the“ Far Eastern mortgage ”.

““ Far Eastern mortgage ”is one of the measures aimed at reducing the outflow of the population from the macro-region. It is useful and may even be necessary. But I would not overestimate its significance as a regulator of a migration pendulum. In recent years, many uplifting words have been said about the development of the Far East, but in fact much less has been done than is said. In this connection, people do not see real prospects in the development of the macro-region, and they will only begin to move there when they see that these prospects are quite real. However, the outflow of the population will also be able to stop when the population has a feeling of stability and confidence in the future, ”said Nikita Maslennikov, a leading expert at the Center for Political Technologies.

According to him, preferential mortgage is a useful mechanism, but with a delayed potential. To stop the outflow of the population, the prospects become more important, which will be noticeable when investors begin to invest in large amounts in the Far Eastern Federal District.

“Those who relocate to the Far Eastern Federal District, acquiring land under the Far Eastern Hectare program, are few. Even a soft loan program, which makes it possible to build facilities on this land, will not make resettlement to the Far East a mass phenomenon, ”said Sergey Kosikov, director of the Vladivostok City Realtor Center.

ARCHC emphasized that when agreeing on the terms of the Far Eastern Mortgage program, it was initially understood that this measure of support would be most in demand among local residents. Although representatives of other regions have the opportunity to get a mortgage at 2%.

“A person who purchases housing under the program, in accordance with its conditions, will have to register in new housing, that is, he will live and work in the region. Therefore, we are saying that this is a program, first of all, for the Far Easterners, ”the press service explained.

If a preferential mortgage does not help the demographic pendulum hang in the direction of the influx of immigrants, then, according to Maxim Protasov, a resident of Buryatia, the program will make its fluctuations more balanced.

“A mortgage at 2% per annum, at least, can save some of the population in the Far East. I don’t presume to say that such a program will attract people from the West to go to Buryatia, but the state will be able to keep young people locally, given such attractive conditions, ”says Maxim Protasov. - Buryatia is not the highest priority region for life, but at the same time not many people leave here, for example, from Primorye. Someone wants to stay to work for the good of the republic, someone wants to be closer to their parents, so this step from the state in the form of preferential mortgages is a big help for residents of the region. Moreover, a lot of housing is being commissioned in the republic now. ”

According to DOM.RF Bank, the majority of applicants for a Far Eastern mortgage are young families interested in acquiring an apartment in a new building. Among the applicants are employees, as well as individual entrepreneurs and business owners.

“My husband and I are 35 years old and we have two children, so we are eligible for the Far Eastern Mortgage program. We planned to take out a loan for the purchase of new housing for a long time, and then an offer just appeared - a mortgage at 2%, which came in very handy. We plan to buy an apartment in the suburbs of Vladivostok, from the developer, the company I work for, ”said Svetlana Gridina, a resident of Primorye.

The Far Eastern regions regularly occupy leading positions in the country's salary ratings, as well as in the lists with the most expensive housing in the country. For example, Vladivostok has been second only to Moscow, St. Petersburg and Sochi for several years. Price per sq. meter in the capital of Primorye in April 2018 amounted to 100 rubles, against this background, the 716st place in the ranking of average salaries in Russia by region in 21 (2019 rubles) raises questions.

However, the problem is not only the high cost of the "squares", but also their availability. For example, in the Magadan region, Chukotka and Kamchatka, almost no new housing is being built. There, suitable apartments for program participants are searched for in the existing housing stock. They promise to connect to the solution of the problem at the federal level.

“Of course, here people can build a house: it is not limited by territory, but there are still less such families than those who want to buy an apartment. The program has just started, we will watch, adjust. And if necessary, then adjust locally, ”said Alexander Kozlov, the head of the Ministry of Eastern Development.

You will also have to make changes to the wording of the presidential decree governing the “Far Eastern mortgage”. Now a loan at 2% for secondary housing is available only in rural settlements, and, for example, in Chukotka, part of the villages did not get into the program due to the fact that formally they belong to urban districts.

“Large developers will come to the Far Eastern Federal District over time - in principle, developers do not come after a preferential mortgage, they are attracted to a long ruble. It is interesting that Vladivostok, along with Sochi and certain areas of Moscow, for example, is on the list for Sberbank as the least risky area for lending to developers. So what can be summarized - everything determines the current demand and margin. A mortgage at 2% will make a contribution to this, ”said Boris Pozdnyakov, chairman of the board of directors of the coastal developer.