Come to our Kolyma 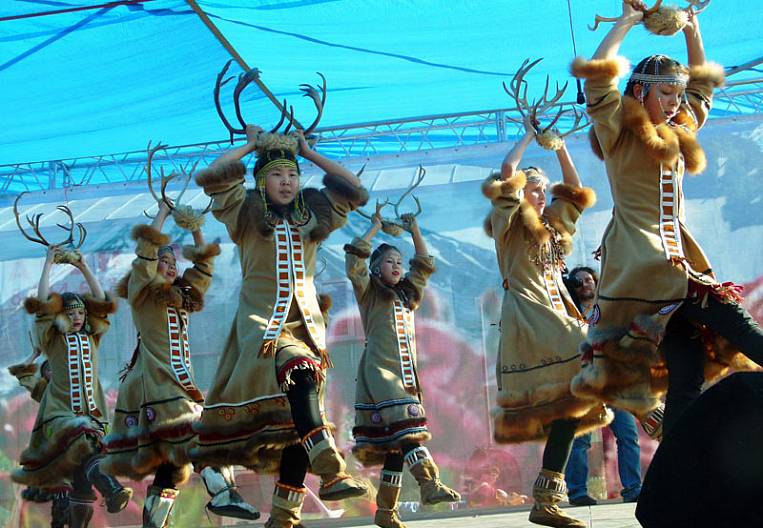 On the Kolyma plan to develop ethnographic and sports tourism. Those who come to the region will be offered a new tourist destination - go to the tundra to reindeer breeders. In the North-Even district of the Magadan region, reindeer-breeding brigades live in the same way as hundreds of years ago. Far from civilization, in yurts, next to wild animals. Even one day in such a place will make an indelible impression on any city dweller.

Have something to show

Now you can get acquainted with the life of reindeer herders in the Magadan region only once a year - on the feast of reindeer breeders. In the center of the remote village of Evensk, a present camp is being set up, reindeer herders come here from the tundra to communicate with each other. Meanwhile, they say, they have something to show and tell tourists. "We can show how we embroider, what drawings are, what they mean. For example, the drawings on our costumes are a whole fairy tale. Triangles embroidered - this houses, crosses - spiders. It turns out that just an apron unfolds an entire action, "says Irina Gutaymina, a resident of the settlement of Evenk.

Soon an ethnopark will be built on the seashore near Magadan, in which they will reproduce the features of the life of reindeer herders. But, of course, the biggest exotic thing is to get into the reindeer herding team, where you can live with the reindeer herders in tents, hunt, and even try to feed deer. This pleasure will cost the tourist more than a visit to the ethnopark, because in the taiga, where there are no roads, you can only get by helicopter. But you can see what is not shown in the ethno-center. The reindeer herders say they are ready to become guides for those who come to visit them. “First of all, nature can be shown, our life. Two hundred years ago we lived the same way as now: we both slept on skins and slept, as we cooked on fires, and we cook, ”says the reindeer breeder Rudolf Alagachan.

Those who want to come to the tundra promise even to teach the reindeer to feed. Travelers will only need a certain sporting training, because deer often leave about ten kilometers from the camp. Regional authorities are already solving the problem with the delivery of tourists to the tundra. "We need to be able to get by any means of transport. First of all, it is necessary to develop small aircraft. And today there is a basis for small aviation to develop. This, including, and subsidies, which we allocate for this, "- explains the Governor of the Magadan region Vladimir Pecheny.

Life in the tundra will appeal to the adherents of the so-called ecotourism. There you can see bears, wolves, moose and other animals - not in the zoo, but in the wild.

Despite and contrary to

Tourists on the Kolyma come, despite the difficulties, from China, Japan, Italy, Spain, the United States and even Mexico and Brazil. Here, they say, real untouched nature, bears roam the forests, and rafting along the mountain rivers is a pleasure. But undeveloped infrastructure often leads to misunderstandings. The famous Brazilian jazzman and biologist Fernando Paiva da Silva, for example, once lost his way in the Magadan Reserve. He was found and fined by inspectors (he, however, was not offended, because Fernando, in fact, saved in an impenetrable forest). However, there are many such examples, tour operators say.

Traveling or hunting in Kolyma in an organized way, with the help of tour operators is an expensive pleasure. “Bear hunting is more than 4 thousand euros. The amount includes service and transport scheme. Our helicopter now costs more than 100 thousand rubles per hour. Or if a tourist wants to get, for example, to the Dneprovsk mine, to visit the camp of the GULAG times, then only the rent of the Ural car costs 60 thousand rubles, and there is no way to get there on another transport. And these cars need two, otherwise in the event of a breakdown, there is no way out, ”explains an employee of one of the Magadan travel companies. In order for tourism in Kolyma to cease to be very extreme and expensive, infrastructure is needed, tour operators explain: first of all, roads, hotels or recreation centers. The first four-star hotel in Magadan may appear in a few years. It is planned to be built by South Korean investors.

Another promising project is the ecotourism center on Jack London Lake. This is one of the cleanest places on earth, where there are no roads and enterprises. Investors felt that wealthy Chinese, Koreans and Japanese would want to come here. Another direction, which plans to develop on the Kolyma - health tourism. For example, in Tavatumu in the Severo-Evenk region, where hot springs are being beaten from the ground and you can swim at any time of the year and in any weather. The waters of the springs refer to sodium chloride with increased mineralization and help in the treatment of rheumatism, joint diseases and the musculoskeletal system. To get there until you can only by sea or helicopter, so while this is unreasonably expensive.

In Magadan, they also plan to build a ski all-season sports and fitness and cultural complex under the tentative name "Sunny Magadan." It is assumed that it will build on private and public investment.

The project includes the installation of a closed-type gondola-chair lift, as in the most modern ski resorts, with a length of 5 km, and four tracks of varying complexity with a total length of 25 km. “An agreement has been signed with the agency and the fund of the Far East and Transbaikalia, it provides for attracting investors and providing them with financial support <...>. This project definitely has good prospects, especially since today there is an initiative of our Magadan investors, ”said the Governor of the Magadan Region Vladimir Pechenyi.

The preliminary project, which includes sketches for future facilities, track lighting, solutions for engineering systems and much more are going to be presented this year. The next stage is design and survey work. They are necessary to determine the place where you can build a similar object. Regional authorities intend to achieve inclusion of the project in the federal program on co-financing terms. Terms of construction have not yet been determined.

The Magadan Region is attractive for tourism with its amazingly beautiful nature. In this northern region, forest valleys, snow-capped mountains, the sea with islands and picturesque coast, clean rivers joined. Natural landscapes are surprisingly diverse, and in summer you can see the white nights.
Magadan region is also known for its rich flora and fauna, which attracts lovers of hunting and fishing. 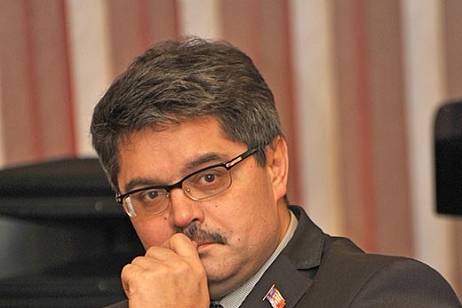