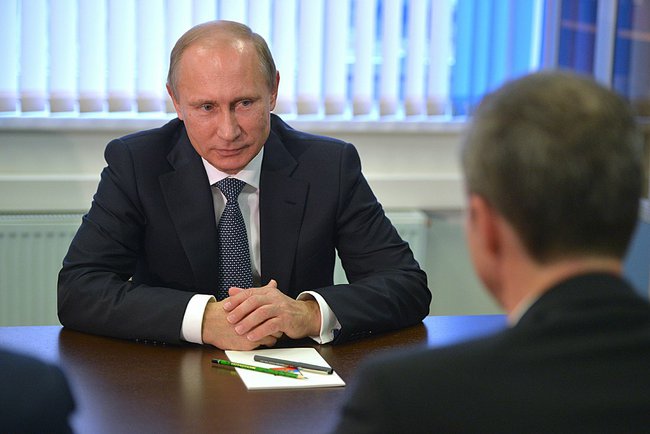 During his visit to Vladivostok, Russian President Vladimir Putin met with FEFU Rector Sergei Ivants. The head of state lived on the campus of the university. At the meeting, he inquired about the everyday problems of FEFU, in particular, the unsatisfactory quality of the water entering the buildings.

“What household and technical issues remained unresolved?” Vladimir Putin asked the FEFU rector. S. Ivanets admitted that there are problems at the university related to the provision of water supply.

"These issues are addressed through the construction of a water main. Until now, water, as you remember, came from a desalination plant. This is a complex, sensitive technology, and it does not always work as expected. But with this system solution, we hope that the criticism of water quality will be lifted, "he explained. According to the rector, the water pipeline will solve the problem.

"Complaints about quality concern only hot water. The fact is that the desalinated liquid supplied through the water supply systems to the campus has an increased oxygen content, and the process of heating it increases the corrosion of the metal inside the pipes, which gives the water a red tinge, "the press service of the university commented to Eastrussia.ru.

At the meeting, it was announced that the federal and regional authorities water supply project cost nearly two billion rubles.

"As for the sum announced at the meeting with Vladimir Putin of 1 billion 900 million rubles, these funds are allocated for laying a water conduit from the mainland of Vladivostok to Russky Island, in particular, to the FEFU campus. Financing is carried out at the expense of the federal and regional budgets. According to the latest information from the administration of Primorsky Krai, 14,8 km of the pipeline from 27,9 km has already been installed, including more than 5 km of water conduit will pass along the bottom of the Bosporus East Passage. Two reinforced concrete tanks in the Patroclus area with capacity of 10 thousand cubic meters each and four steel tanks for clean water with the capacity of 5 thousand cubic meters on Russky Island are also being installed, "the press service specified.

The press service also noted that “the administration of the FEFU has taken a number of measures during the year to improve this situation. In all residential, educational and administrative buildings, special high-power cleaning filters were installed. Deaerators were also purchased and installed on the buildings - special devices that remove unwanted gas impurities from the liquid, in this case oxygen. But in any case, all these measures are temporary, albeit extremely necessary to ensure normal living conditions for campus residents. The systemic solution to the problem will be the supply of water to the campus from the mainland. " FEFU promises that the water supply system will be ready according to the plan by the end of this year.

"By the end of this year?" - V.Putin repeated. "It's already on the nose," the president was surprised.

Meanwhile, S.Ivanets assured that the work is progressing noticeably, only about 100 million rubles, including the necessary replacements, are needed to help with the distribution of water at the facilities.

In addition to the problem of water supply, the head of state asked about the number of students studying in FEFU, including foreign ones, the development of important areas for the region, as well as the salaries of teachers.

As S. Ivanets said, “now we have 20 thousand full-time students at our university. If you count students of all forms of education, you get almost 45 thousand with all branches. " Moreover, applicants from 75 regions of Russia submit applications for admission to the university - graduates of schools "with high scores, they have the opportunity to choose almost any Russian university, the best Russian university, and prefer the Far Eastern Federal University." The university has 2 foreign students. Most of them are Chinese.

V.Putin drew the attention of FEFU Rector to the fact that “besides solving common tasks of personnel training, of course, work is needed to solve personnel problems in the region”: we are building, and the biology of the sea, and petrochemicals, and oil and gas as such. " “You are now focused on what?”, - asked the head of state.

«In almost all major companies in the real sector of the economy, we have basic partners in the areas that you mentioned. This means that we have multilateral cooperation in developing technologies for their orders, training specialists. This also applies to petrochemicals. Our well-known partner is Rosneft, the basic department is open in the laboratory building, it is well equipped, which not only prepares specialists, but also conducts research work and allows to receive products of high redistribution from hydrocarbon raw materials. This applies to aircraft and helicopter construction. Arseniev Aviation Company Progress is not only our partner, but also a branch where our students prepare our helicopter production directly. This is the shipbuilding corporation, "- S.Ivanets reported.

The Rector of FEFU agreed that the training of specialists for the implementation of a nationwide innovation and investment project - a space center in the Amur Region - is a task of the Far Eastern Federal University as well. “It seems to me that it is important to understand that one thing is to prepare the guys, and the second thing is to create conditions for them to go and really stay to work directly at the cosmodrome. To do this, we came to Roskosmos with a proposal for a pilot-type tripartite agreement between a student who undertakes to faithfully master the course of the university that this course provides on the employer's order, and the employer who assumes the conditions, social obligations for the young specialist on place. Then it will be possible to solve this large-scale task, ”S.Ivanets noted.

Speaking of teachers, the rector of FEFU noted that the faculty of the university is 3300 people, the average salary is 50 thousand rubles. S.Ivanets stressed that, starting from 2011, FEFU "has a special system that allows to take into account all of its activities that are significant for a teacher, such as scientific research management, seminars, publication of articles, and active research activities."

"And it turns out that, considering all these, in general, performed by you in the workplace of your activity, functions, you can significantly add to your base salary rate. There are employees who receive additionally and 70, and 90 thousand rubles. Such, perhaps, not very much, but almost 30 percent receive an additional order of 40 thousand rubles, "the rector summed up. 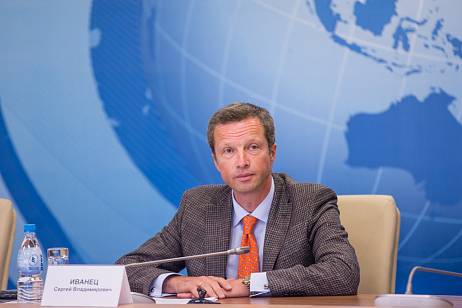