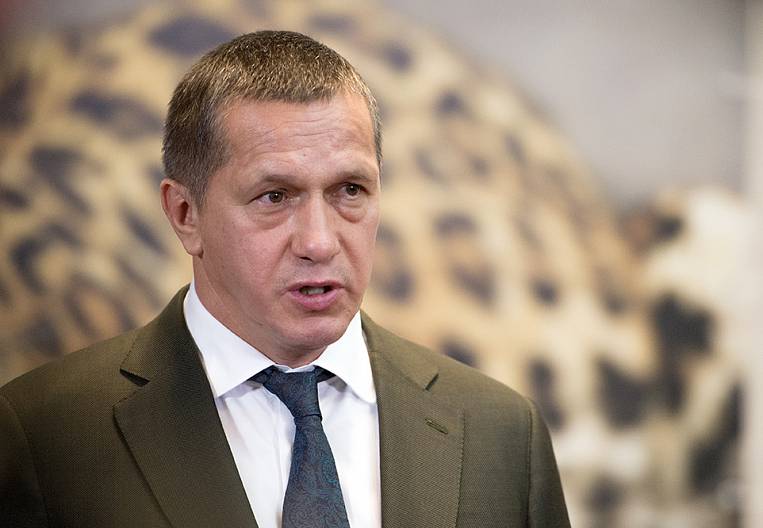 Plenipotentiary Representative of the President of the Russian Federation in the Far Eastern Federal District Yuri Trutnev gave a long interview to the TV company "Russia 24".

In an interview with Russia 24, the Plenipotentiary Representative of the President of the Russian Federation in the Far Eastern Federal District, Yury Trutnev, expressed the opinion that when Russia makes such a turn to the East and draws attention not only to the east of its country, but also to its eastern partners, to move forward, because around the FEF "are the most dynamically developing countries in the world, these are China, South Korea, Japan, Singapore".

"We looked at the experience of all these countries, how they developed, how they achieved the acceleration of economic growth. And those instruments that are now proposed to the Government, which are developed, they are based on the best competitor experience. What does it mean? This means that we must create better conditions for our business than our neighbors, "he said.

According to Yu.Trutnev, “it is impossible to win, playing half as bad as the neighbors. You can only or better, or not win. Therefore, we have selected several tools. ” The main document will be the Law on Advanced Development Territories, which will be adopted in November.

"The law on the territories of advanced development is already in the State Duma, we are working with it. And it inspires a certain optimism that today many territories and many industries, looking at this Law, say: "And we can use such a shell." I listened to this thesis many times already. Therefore, the Law is waiting. We understand, at the expense of what it will work, "- said the Plenipotentiary Representative of the President of the Russian Federation in the Far Eastern Federal District.

Yu. Trutnev explained why this document is so important. "The outflow of population continues in the Far East, because there is no constant growth of enterprises," he said. - Because it is quite obvious that it would be best to develop the Far East if it creates the same transport, energy and other social infrastructure as exists in the European part. The only problem is that the amount of money that is needed for this, well, it's just not even around in any budgets, it's trillions of rubles. "

He continued that for the development of the FEFD such an extensive way would not give an answer to the challenges.

“We proceed from the fact that, within the framework of all the proposed tools, we invest public funds in a targeted manner for specific projects, for people who have already chosen a point, found sources of financing, understand what they will do. That is, we, in fact, are helping them manually collect these projects. We remove infrastructure restrictions, administrative barriers, help build infrastructure. That is, we help them overcome the break-even level of the project, ”he said in an interview with Russia 24.

“It’s impossible to build factories like this all over the country. They are still located where there are either minerals, or natural resources, or communications, or markets. By the way, the market in the Far East is very serious. Nearby, the volume of imports of the APR countries I mentioned is 6,6 tenths of a trillion dollars. So, if we can work there competitively, and I am sure that we can do it, then we are quite able to occupy a certain part of this market, ”he expressed his point of view.

"The law on territories of advanced development, this is 3 block. The first block is a block of tax preferences. We have a privilege on income tax up to 5% of today's current rate. Next, on social insurance, there 7,6 a tenth of a percent. There is a mechanism for accelerated VAT refund, tax privileges on extraction of minerals - the first 2 year zero, and then there is a gradual increase. Taxes on land, property tax are levied. That is a fairly wide range of benefits. This is the first, "he said.

“The second. This is a simplification of administrative procedures. The inspection time is reduced, a free customs zone mechanism is introduced, a simplified procedure for granting land plots. Also a fairly wide range of procedures that simplifies business life and reduces costs. And finally, the third and last component is the construction of the infrastructure of the territory of advanced development at the expense of the state. Naturally, this infrastructure will depend on what the territory of priority development will specialize in, ”Y. Trutnev singled out.

He also explained the difference between the special economic zone and the territory of advanced development: “Special economic zones were created as a fairly rigid shell, where, let's say, the type of activity, the initial volume of investments was normalized. That is, there was such a shell and a number of other parameters. ”

"To invest public funds, without fully understanding the result obtained, would be a mistake. Therefore, we specifically regulated the decision to create a zone at the level of decisions of the Government of the Russian Federation. Therefore, the sequence is as follows. Right now, while 14 selected. We have already since November, we will not wait for the law, we have already started the work of the commission since November, we are counting on the effectiveness criteria. Those projects that are at the top, we invite to the commission and make sure that this project is not exactly something invented, but what will happen on the ground. To people, I'm sorry for such a strange mechanism, we look into people's eyes, we are convinced that they are really seriously ready to take up the implementation of this project. All this will be done publicly. The commission is quite representative. After that, we submit the document for consideration by the Government, we make a decision, and the territory of advanced development begins to operate. At the same time, the mechanisms of preferences are also beginning to turn on, and we are starting to build the infrastructure, "Yu. Trutnev said.

Yu. Trutnev is sure that "our task, the main general criterion for creating a territory for advanced development, is the presence of an anchor investor, the presence of companies or a group of companies that wants to create a new enterprise at this point. If there is one, we check, make sure that she is financially sound, she understands what she will do. That investments in infrastructure to launch it are quite effective for the state. For this purpose, a special commission has been set up in the Government. And after that we turn on the green traffic light signal, it all goes. We do not have strict restrictions. This is a flexible and most comfortable for the business shell. Here, probably, the basic difference ».

At the same time, Trutnev stressed that "there is no closed list. What we now show everywhere as a list of pre-selection, this is simply the result of preliminary work. It would be foolish to sit for a year, wait for the Law to come out, and then start selecting projects. Therefore, we acted in parallel, we ran around the field and created the law. As soon as the Law comes out, we already have something to go out with. But the list is absolutely open, "the Plenipotentiary in the Far Eastern Federal District summed up. 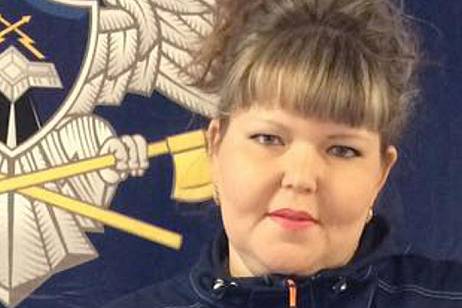