The reduced electricity tariff was requested to be extended

Since July 1, electricity tariffs have significantly decreased for five regions of the Far East. A separate session at the WEF was devoted to this topic: the participants tried to find out what real effect the tariff changes had brought and whether the measure needed to be improved. 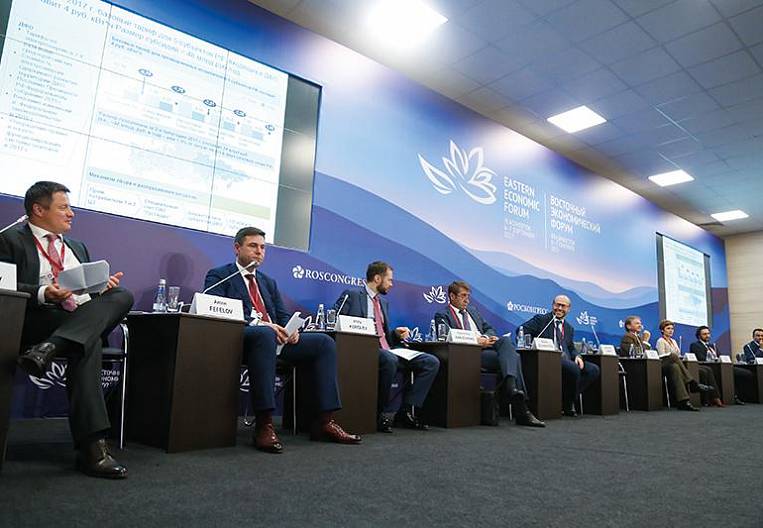 Photo: Tass / VEF Photobank
EFFECTIVE REDUCTION
The new base electricity tariff for Chukotka, Sakhalin, Yakutia, Magadan Oblast and Kamchatka is 4 rubles per kWh. Before the decline, businesses in these regions were forced to pay an average of 6 – 13 rubles per kilowatt, stated at the session. Now the difference is compensated by energy sales companies with subsidies: 48 billion rubles has been allocated for this purpose.

But what impact will the adopted measure have on real business projects? “To discuss this issue, we tried to invite all interested parties,” explained Stepan Solzhenitsyn, the moderator of the session “Reducing Energy Tariffs: Effects for Projects,” senior partner at McKinsey & Company.

The main effect of reducing the cost of electricity for consumers is expected to decrease costs. "We can already see today that on average in the Far East, industrial costs are reduced by 1-1,5%," said Alexander Osipov, First Deputy Minister of the Russian Far East Development. At the same time, he pointed to a large gap in performance depending on the industry. Where it comes to energy-intensive industries, savings reach 25-30%, the official said.

The Chukchi consumers felt the strongest difference. "In Chukotka, the highest tariffs among the Far Eastern regions. Prior to this decision, our tariffs for electricity were from 11 to 93 rubles per kWh. The decrease was from 60 to 96%, "Ales Kalinova, deputy governor of the Chukotka Autonomous Okrug, said.

According to her, there is already a noticeable increase in the volume of electricity consumption in mining, and some subsoil users are thinking about building lines to the fields, which are still supplied from local energy sources.

"In some industries, the effect of lowering tariffs is seen in the reduction of production costs (products)," added Kalinova. "For example, if we are talking about the production of bread, then this is about 20%."

Representatives of business also confirmed that tariff measures allow to achieve reduction of costs. So, the greenhouse complex "Agro Invest" will save up to 70 million
rubles a year on electricity bills, said Nikita Soin, CEO of the company.


NOT ENOUGHED HORIZON
However, for future projects, the effect of the decline is not so unambiguous. "The organization that credits us, the project financing office of Rosselkhozbank, has frozen the beginning of financing since January, waiting for the document to be issued. When the law came out in late July, in which "three years" was written, it made uncertainty in financing our project, "explained the head of Agro Invest. He noted that the tariff at the level of 6 rubles 20 kopecks per kWh "was understandable, was calculated, although it was high." After the introduction of a new, lowered tariff for the next three years, an "element of uncertainty" appeared. "In May 2019 year, the object is launched, and at the end of 2019, the tariff ends. What the tariff will be in the 2020 year, for the bank is not clear, "concluded Soin.

According to the head of the company, the new tariff "needs to be extended to the entire investment cycle - at least 10 years, or better 15, in order to return certainty to those projects that will only be launched."

The head of the agro-complex was supported by colleagues from the mining and energy companies. “Three years to accept investment decisions are very few. In the mining industry, 5 years is a record period, but in general we must talk about 7 – 8 years from obtaining a license to launching an enterprise. We have to see the horizon of the 10 years in order to make an investment decision, ”said Sergey Zhuravlev, Vice-President for Government Relations of Polyus PJSC.

According to the Deputy Director General of RusHydro PJSC Sergey Tolstoguzov, based on the three-year term, “it is pointless to get involved in some investment projects, not understanding what will happen next.” “Not a single bank will give money, not a single investment program will stand it, the financial model cannot be calculated,” he explained.

Representatives of the regions also complained about the short-term measures. The deputy governor of Chukotka, Ales Kalinova, acknowledged that "three years is very little." “It takes time not only to prepare a business plan, but also to deliver equipment and materials. In our conditions, when navigation ends this year, we can only talk about the delivery next year - in the summer and autumn of 2018. And for the remaining time, it is impossible to implement any project with an effect, ”Kalinova noted. She also expressed the hope that a decision would be made to extend tariffs for at least 10 years.


BACK TO CONTROL
The rules of the game for the market need to be established for a long-term perspective, in general, the Deputy Minister of Energy Vyacheslav Kravchenko agreed with the approach of the participants in the session. “The tariff should be long-term and predictable,” the official said. - Regulation of further cost +, in an amicable way, is a road to nowhere. In my understanding, it is more correct to create long-term rules of the game, so that all interested parties, including manufacturers who sell their products to power engineers, can plan their production. ”

In turn, business ombudsman Boris Titov, who was also present at the session, urged not only to extend the planning horizon, but also to strengthen control over tariffs. The Commissioner for the Protection of the Rights of Entrepreneurs stressed that for this purpose it was necessary to return the process of making tariff decisions to the federal level. "Of course, tariffs may vary by region, but final control and decision-making should still be at the federal level," Titov said.

Zamrukovoditelya Federal Antimonopoly Service Vitaly Korolyov explained at the session that the agency sets the ceiling levels of the cost of services, including the transfer of electricity. But after that, "the tariff body of the entity on the basis of the fact that the company has an investment program, can, without any notification, and even more so without any coordination with the FAS, exceed this level." However, the government has already introduced a draft law that would deprive regional authorities of the right to exceed the tariff ceiling, Korolev added. So, the problem can be solved pretty soon.


Published in the journal "Economics of the Far East"

* By the time the material was published on the EastRussia website, changes were made in the management structure of the Far Eastern assets of PJSC RusHydro. In particular, Sergey Tolstoguzov left your post.
Tags: Electric power tariff consumption Far East WEF Minskostokrazvitiya
September 17: current information on coronavirus in the Far East
Digest of regional events and latest statistics
Media News2
See also:
string (22) "Standard" 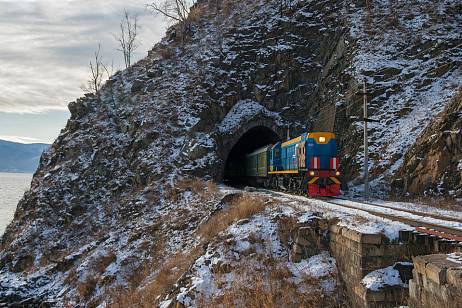