Polyus is a permanent partner of the government of the Magadan Region. Thanks to the company's support in the region, including in the Ten'kinsky urban district, social projects are being implemented in several areas: medicine, education, sports and a healthy lifestyle, culture and art. In total, Polyus spent about 2020 million rubles to support the region in 170. 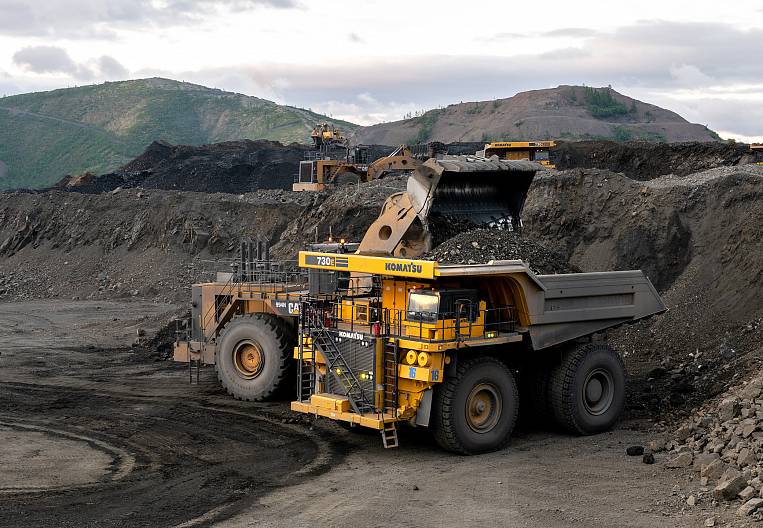 Due to the current epidemiological situation in 2020, Polyus actively supported measures to prevent the spread of COVID-19 in the region. Thus, 15 ventilators were transferred to regional hospitals, as well as a CFX-96 amplifier and additional consumables to the Magadan Regional Center for the Prevention and Control of AIDS to increase the laboratory's capacity to detect coronavirus infection. Together with the Pavlik gold mining company, a computed tomography system was purchased and transferred to the Tenkinskaya regional hospital. As part of an agreement on social and economic cooperation between the Government of the Magadan Region and Polyus Magadan, the Tenkinskaya District Hospital received funds to purchase the necessary medical equipment to combat COVID-19 and carry out repairs.

The company pays great attention to the development of the Tenkinsky District, including the comprehensive improvement of the Ust-Omchug village. With the financial support of Polyus, a residential building on Mira Street was repaired in the village, the roof of the school building was overhauled, and design estimates for the overhaul of 22 roofs of the housing stock in Ust-Omchug were developed. Together with the administration of the Tenkinsky urban district, Polyus is implementing a project to relocate Omchak residents from dilapidated and dilapidated housing to the Uptar settlement. In 2020, the company allocated 10 million rubles to solve the problem of dilapidated housing: demolition of 3 dilapidated houses; major overhaul of apartments in the village of Ust-Omchug for residents who left unfit housing in Omchak; payment of the redemption value to the owners of emergency housing. In 2020, a large family became the owner of new housing in Uptara.

One of the priority areas of the company's social activities is supporting children and youth. The Polyus company has allocated 1,5 million rubles for the repair and equipping of a classroom with video conferencing support at the Ust-Omchug school. The cabinet was inaugurated in December 2020.

The Polyus company constantly supports the regional Federation of Breakdancing. In September this year, with the support of the company, the New Wave hip-hop festival was held in Magadan. His goal was to popularize breaking as an Olympic sport. And on December 20, MAGADAN DANCE SESSION IX was held - the ninth Magadan regional open street dance championship, which is in the Youth Center (Magadan). Two dance styles were presented at the event: hip-hop and breaking. More than 150 people competed. The competition was judged by the invited guest Sergey Chernyshev (B-boy Bambalbe) - the Olympic champion of the Third Youth Olympic Games in Buenos Aires. In addition, this year 0,5 million rubles. was allocated for the purchase of sports equipment for the "Russian Ski School".

Within the framework of the Year of the 75th anniversary of Victory, the company supported events to celebrate Victory Day. On May 9, on the day of the 75th anniversary of the Great Victory, a memorial to the Heroes of Alsib was opened, dedicated to the brave military pilots of the USSR and the USA. One of the social partners of the Alsib project is Polyus Magadan. With the support of the company, a monument to the Order of the Patriotic War was made in the Ten'kinsky urban district.

By the New Year, by tradition, the international competition of ice sculptures "Magadan Crystal". It is worth noting that the geography of the competition is expanding: this year, masters from Magadan, St. Petersburg, Izhevsk, Khabarovsk, Yakutia, Belarus, Sverdlovsk and Moscow regions took part in the competition.

Every year the Polyus company congratulates children from orphanages, and this year is no exception. Within the framework of the corporate campaign “Become Santa Claus” toys, play and creative sets were handed over to children from the “Nadezhda” orphanage. And the company redistributed an interactive table to an orphanage-boarding school for children with educational institutions.

This year has become the most important for the development of the company. In 2020, Polyus Magadan completed the construction of a 220 kV Ust-Omchug - Omchak Novaya power transmission line (LE). It provides Natalka GOK with additional electrical capacity of 38 MW. In addition to the line itself, a 220 kV distribution point (RP) and a 220 kV substation (SS) "Omchak Novaya" were erected. The facilities will provide a reliable and uninterrupted power supply to the mining industry of the Magadan Region with additional electricity. The line was built as part of the investment project “Construction of a mining and processing enterprise on the basis of the Natalka gold deposit”. The general contractor was Polyus Stroy, which performed the full range of works on the project. On December 1, 2020, the already operating Ust-Omchug - Omchak Novaya transmission line was visited by the Minister of the Russian Federation for the Development of the Far East and the Arctic, the head of the region, as well as the heads of the companies that built and operate it.

To ensure high production targets, Polyus Magadan is systematically increasing and renewing its mining equipment fleet. At the end of 2019, a series of CAT 789D dump trucks came to Natalka GOK. Over the period worked, the equipment has shown itself to be on the good side: low specific fuel consumption was noted in comparison with other vehicle fleet. Carrying capacity of equipment - 182 tons, engine power provides high speed and maneuverability. The machines are ready to work in difficult climatic conditions, which is important for production in the Magadan region. Like the entire fleet of Natalka GOK, the dump trucks are connected to the automated control system for mining equipment Wenco.

Also this year, the company is introducing a large-scale project SAP ERP - an enterprise resource planning system that automates almost all business processes of the company, from planning to finished products. As a result, a single information field will appear in the company, which is structurally distributed over hierarchical levels and by areas of work.

In addition, the company has improved the way it delivers operational efficiency improvements. So, this year, the company launched a chat bot that allows employees to submit proposals for optimizing production, information about problems and violations in the field of health, safety and energy efficiently via a smartphone.

Every year the infrastructure of the rotational camp is developing at Natalka GOK. This year, a new modern dining room, a comfortable hostel was opened, and an ice rink was opened for the employees of the production site by the new year.

It is important to note that 2020 is marked by a special date for the Natalka Mining and Processing Plant: 75 years ago, the first ton of ore was processed at the Natalka Mill. Along with the jubilee events, the company began work on the creation of a corporate museum "Golden Natalka".

In addition, three years ago, in September 2017, the start of the hot start-up of the Natalka GOK during a video bridge from Vladivostok from the Eastern Economic Forum was given by Russian President Vladimir Putin. Since then, the Natalka Mill with a capacity of 11,6 million tonnes of ore per year has been the largest unit capacity in Russia. It is noteworthy that in three years the Natalka Gold Plant produced 2000 gold bars. The first ingot of dore alloy weighing 10 kilograms 800 grams was received at the Natalka Gold Plant at the end of November 2017. Every year the number of bars increased: in 2017 6 bars were produced, in 2018 - 290, in 2019 - 827, and in 2020 - more than 950 bars of precious metal. In total, about 2017 tons of gold have been mined since the start of the new GOK in 30.

In 2020, in order to increase recovery at the Mill, the introduction of high-speed flotation on the sands of hydrocyclones in the ore grinding cycle is being completed. Flotation beneficiation is considered to be a more efficient process in recovering fine gold less than 40 microns. One of the stages in the development of this technology is the introduction of high-speed flotation in the grinding cycle. Experts have calculated that the economic effect of the project is achieved by increasing the marketable recovery. The expected increase in through extraction is 4,3%, additional gold production is up to 1 ton per year. Also, the installation of a new design MPSI mill lining (turbo elevators) and the launch of two-deck screens are underway to increase the efficiency of the grinding cycle and productivity up to 1550 t / h. In December 2020, gold production at the Natalka GOK has already exceeded 14 tons per year. And thanks to this modernization in production, the company's specialists plan to increase gold production in 2021.