Six months in the TOP - is the flight normal?

Six months have passed since the signing by the Russian government of a resolution on the creation of the territory of the advanced development of Transbaikalia. The fact that the region will have its own TOP was said back in the 2013 year, but then no one knew that it would work. EastRussia found out whether the regime has taken root in the region and how successfully it works. 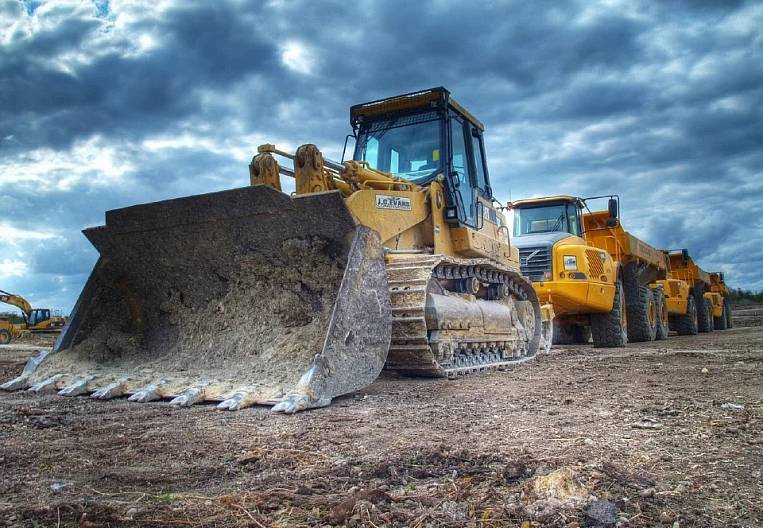 Back in December of the 2018, the head of Transbaikalia, Alexander Osipov, instructed the Ministry of Economic Development of the Territory to prepare all the necessary documentation on the creation of ASEZ in the region. Then it was to be called "Northern Transbaikalia." Six months later, the head of the Russian government signed a decree on the creation of the Trans-Baikal Territory. Its borders included 23 municipalities, as well as two urban districts - Chita and the village of Aginskoye, it became the 20-th account in the Far Eastern Federal District. Thus, local and attracted investors got the opportunity to use the same mechanisms that have already been tested and successfully applied throughout the Far East - tax, customs and administrative benefits for entrepreneurs.

In total, the Trans-Baikal Territory plans to implement 15 investment projects in the mining, construction, agricultural sectors, engineering, timber processing and food industries. The implementation of these projects will ensure the creation of more than nine thousand jobs and attract 196 billion rubles of private investment.

According to the Acting Deputy Prime Minister of the Trans-Baikal Territory - Minister of Investment Development Mikhail Churkin, nine agreements have already been signed with the residents of the TOP, under which it is planned to create about four thousand jobs.

“15 key anchor projects have been planned for 196 billion rubles of investments, for Transbaikal residents this will primarily provide jobs. Next year, the Baikal Mining Company, which is developing the world's largest undeveloped Udokan copper deposit, will employ about 2 400 qualified employees. This is a good challenge for the region, it is necessary to provide a large investment project with personnel, to ensure that the Transbaikal people work there, receive decent salaries, ”said Mikhail Churkin.

The deposit was discovered back in 1949, with about 25 million tons of copper located there. All this time, its development was hindered by the lack of infrastructure, and the need for copper was less. Now that the demand for this metal has increased, BGK has developed its patented development technology and has begun construction of the enterprise.

“The project will give a powerful impetus to the socio-economic development of the Trans-Baikal Territory. The development of the Udokan field as part of the first stage will create more than 1 800 jobs at the investor's enterprise and ten thousand jobs in related industries. At the same time, the volume of tax deductions and insurance contributions of the Baikal Mining Company to the budgets of all levels during ten years of the implementation of the first stage of the project will amount to about ten billion rubles, ”said Aslan Kanukoev, Director General of the Far East Development Corporation JSC.

According to the chairman of the board of directors of BGK LLC Valery Kazikayev, close proximity to the transport infrastructure and industrial zones of the Asia-Pacific countries, which will be the main consumers of the plant's products, will allow to achieve the maximum operational efficiency of the project.

From loaders to gold

At the end of October, the Far East Development Corporation and the Hort-V company entered into an agreement on the implementation of an investment project for the development of the Ukonikskoye field in the Transbaikal Territory. The estimated investment volume will be about 4,8 billion rubles.

“In addition, we plan to build an access road with a length of 60 km and a rail base for transshipment of goods. The construction of a double-circuit power line with a capacity of 110 kW with the installation of compensators and monitoring tools at the expense of budgetary funds will help to implement the project on time stipulated by the plan. In addition, state support measures through reinvestment

the resulting additional profit will shorten the commissioning period for the second stage of the ore processing plant, ”said Sergey Velivok, General Director of Hort-V LLC.

Taking into account the signed agreement, eight residents are currently operating at the Transbaikalia TOP. The implementation of the announced projects with a total value of 86,7 billion rubles will create over three thousand jobs.

The creation of the TOP helped many to solve long-standing problems that hinder the creation or development of projects. So, the owner of the Komsomolets breeding plant, a member of the board of the Trans-Baikal Chamber of Commerce and Industry, Valery Nagel, said that his company decided to become a resident of the TOP in order to solve the logistics problem for itself.

“We are agreeing on the construction, at the expense of the state budget, of the infrastructure for the future of our own elevator with a railway line. Its estimated cost is 600 million rubles, of the elevator itself - 1,3 billion rubles. We want to build it in stages, but a large one, designed for 180 thousand tons of one-time storage. There are only a few such large capacities in the Far East, and they are sorely lacking for export trade, ”notes Valery Nagel.

According to the entrepreneur, one of the company's farms is located 40 km from the border crossing to China. There you can put a funded terminal and sell crop products in China. The Chinese are interested in buying not one or two, but 10-20 wagons.

“Logistics will be gorgeous - grown, removed and immediately sold for export. This, of course, is not easy: there is no electricity, communications, engineering infrastructure in general. But I believe that this is a solvable problem, therefore, we will focus on creating an elevator in the Transbaikal Territory, ”says Valery Nagel.

Foreign investors also appeared on the list of residents. For example, the Golden Mountain company plans to mine lead and produce concentrate in the Aleksandrovo-Zavodsky district. They and other residents are attracted by preferences: benefits on income tax and property, on social contributions. The benefits in the TOP Transbaikalia are the same for both Russian and foreign investors. There are few conditions for an investor to obtain resident status: a company must be registered in the territory of Transbaikalia, not have branches, and offer a new investment project.

Now the only ones who oppose the Trans-Baikal Territory remain the representatives of the Communist Party. At a rally on the occasion On November 7, members of the regional committee of the party claimed that, given their precarious situation, the authorities were trying to appease the inhabitants of the region with all kinds of promises and gifts.

“Their goals are extremely clear to us. They want to make the region a raw materials appendage of not only Russian capital, but also foreign. The creation of TORAs on our earth is a vivid manifestation of this. Deceiving the consciousness of an ordinary citizen that the creation of territories of priority development will bring investment, the development and prosperity of our region, the authorities hide that the TORs are aimed primarily at pumping out the natural resources of Transbaikalia, without paying taxes to the regional budget. After some time, this government, together with its TOPs, will leave our land without forests and natural resources, making us poor, ”the communists noted during the speeches.

The regional government does not share their point of view and are engaged in the search and selection of projects that can be implemented in the near future.