In the Amur Region, in anticipation of spring, preparations are under way for the next fire hazard season. The first thermal points, indicating the beginning of a long period of dangerous field work, may appear in March, with the disappearance of snow cover. Therefore, all departments involved in extinguishing fire in the region should be on alert. EastRussia learned how preparations are underway in the Amur region for the annual work to protect forest and residential areas from the elements. 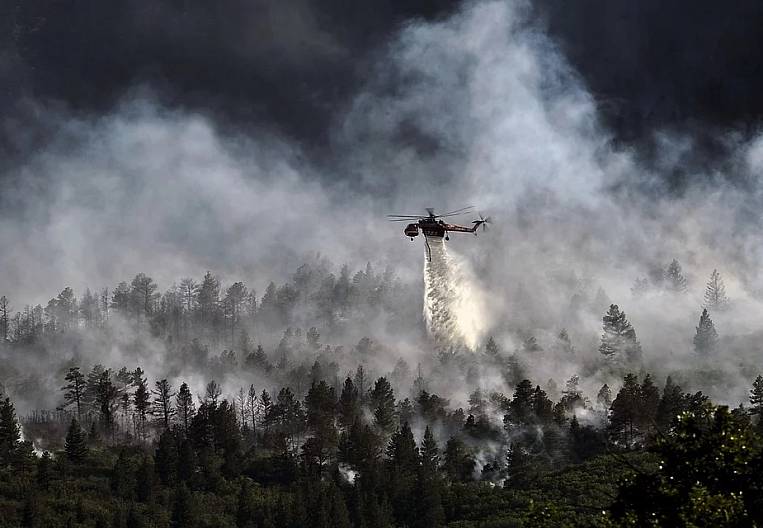 According to experts, the upcoming fire hazard season for the Amur Region will be difficult. The flood, which covered a significant part of the region from July to August last year, prevented farmers and foresters from clearing land from grassy floors in time. In addition, this year the weather pampered the Amur region with a warm, almost snowless winter - an insignificant layer of seasonal precipitation is coming off now, at the end of February, with the arrival of warming. Against the background of weather forecasts and real indicators of street thermometers, which have already pleased the townsfolk with a mark above zero, specialists from the regional ministry of forestry and fire safety seriously fear that the first fires will begin at the beginning - the middle of the first spring month.

“If you are not lucky with snow in February-March, the onset of incidence is predicted from March 15-20. I would not hope that in the spring we will be able to carry out full-scale measures for professional firing. Due to weather conditions, we may not be in time, ”said the Minister of Forestry and Fire Safety of the Amur Region Alexey Venglinsky.

Despite the fact that the fire season is officially opened only after the first thermal points are fixed, all the departments of the Ministry of Forestry and Fire Safety of the Amur Region involved in extinguishing, the Amur Air Base of the Russian Ministry of Emergency Situations in the Amur Region and the Amur Region GAU have been intensively preparing for the upcoming troubled days. The initial stage was a personnel check and vocational training. On the basis of the Amur Training Center, organized courses for employees of the regional forestry - the first group of "students" included tractor drivers and special equipment drivers who constantly work in nine regions of the region. The course on cartography, terrain orientation, forest typology and the psychological foundations of the activities of the leshoz employees took two weeks, and then passed the exam for the qualification of a third-class forest fireman. 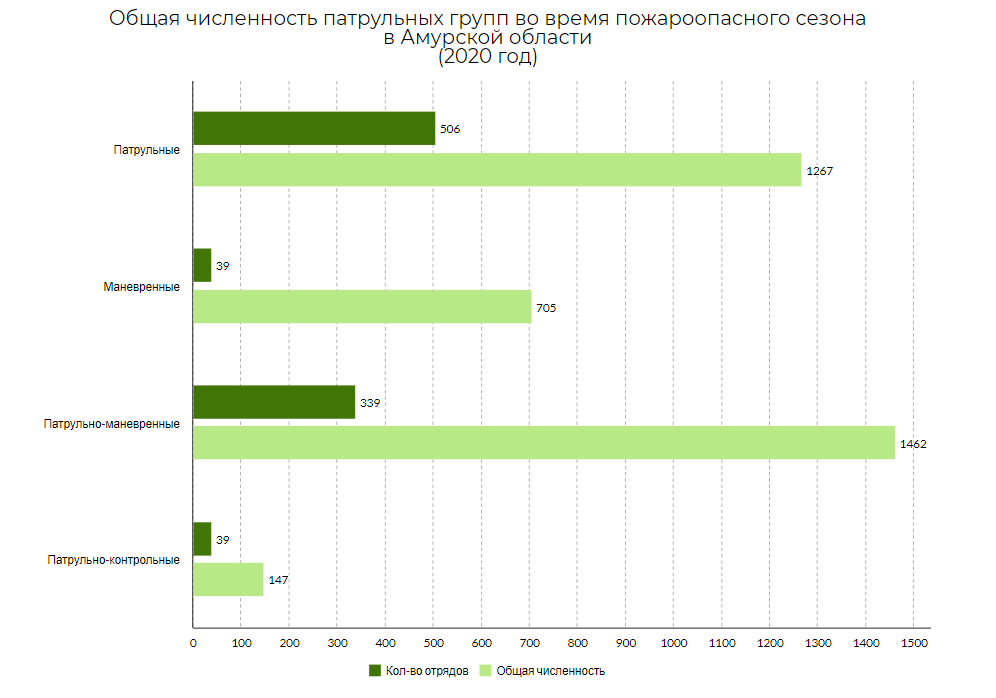 “These specialists use mechanized technical fire extinguishing equipment and special equipment in their work. And in February, forest firefighters will receive training, who use hand-held fire extinguishing means in fires, ”explained Inna Ratkevich, senior lecturer at GOBU DPO Educational and Methodological Center for Civil Defense and Fire Safety.

On the basis of the institution, they also conduct training for personnel of forest fire formations. Employees of the departments are taught relevant knowledge immediately under two programs: “Head of Extinguishing Large Forest Fires” and “Prevention and elimination of forest (natural) fires using mechanized, technical fire extinguishing means and specialized equipment”.

In order to detect and eliminate a forest fire at an early stage, before it has managed to cover a large territory, the Ministry of Forestry and Fire Safety of the region is expanding the ground monitoring system in the regions. One of the preventive measures, according to the department, should be a joint project with the GAU of the Amur Region “Amur Air Base”, a project for remote monitoring and early detection of fires “Forest Guard”. The observation concept has already been approved by the regional government. Now, in a pilot mode, in particularly risky areas of the forest belt, PTZ cameras are installed, which are located on cell towers. The monitoring system is currently operated only in the Blagoveshchensk district. Gradually, the scope of observation will expand.

The viewing radius of cameras reaches 35 km. When a fire appears, a special application records a fire, determines the coordinates and area, and then notifies all departments involved in the elimination. In the Blagoveshchensk district, three monitoring points have been identified - in the villages of Sergeevka, Novopetrovka and on the 17th km of the Novotroitsky highway, at the exit from Blagoveshchensk. After the test mode of the Forest Guard project, they will test the SIC-Planet satellite monitoring system. This is necessary for greater efficiency in fixing and processing data.

“In the future, the operator of the regional dispatching service of the Amur Air Base will work with this system,” said the head of the institution, Yevgeny Kutukov.

According to the head of GAU Amur Region "Amur Air Base", today air equipment has already been prepared for the fire season. At a low start, there are two Mi-8T transport helicopters, as well as five aircraft - three An-2 units and two TVS-2Am. They will patrol fire-hazardous territories from above, register new thermal points, and, if necessary, deliver firefighters to the source of ignition in order to eliminate it on the first day.

In 2020, as part of the implementation of the activities of the regional project “Forest Conservation” of the national project “Ecology”, 12 units of forest fire equipment will be purchased, for a total amount of 47,4 million rubles. 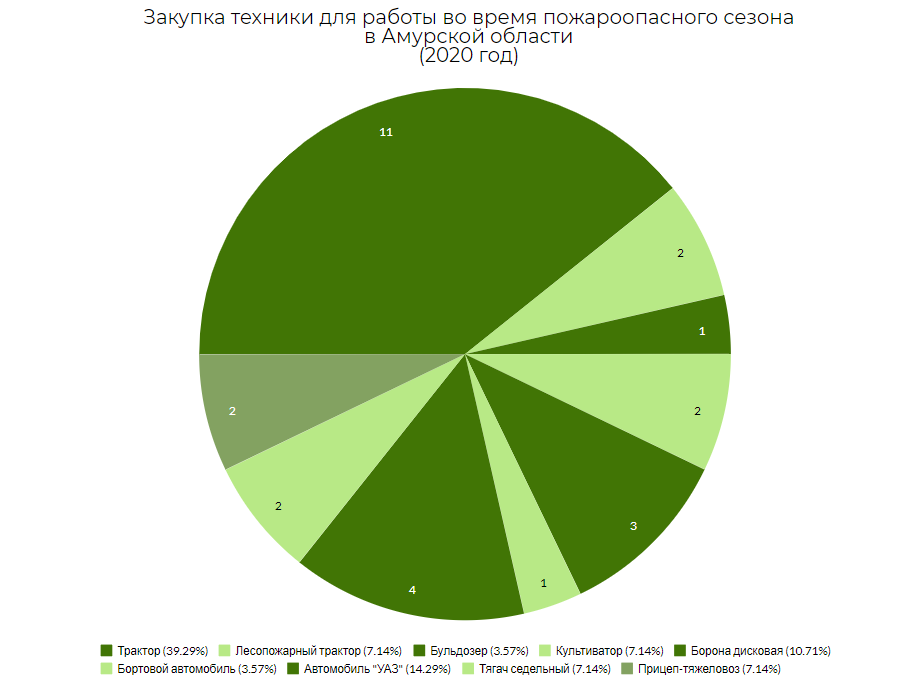 In 13 forestries, plans to extinguish forest fires were approved. They became the basis for the Consolidated Plan, which will guide the Ministry of Forestry and Fire Safety of the region in allocating resources during the critical season: the document will be signed by the regional governor Vasily Orlov. The relevant decree of the head of the Amur Region “On measures to ensure fire safety in forests in the territory of the Amur Region in 2020” is now being approved by the regional government.

Despite the stock of equipment and plans for expanding fleets, the main force in fighting fires remains people - employees of forest fire groups (leshozes and air bases), employees of the departments of the Main Directorate of the Ministry for Emergencies of Russia in the Amur Region, engineering and technical specialists and drivers. The personnel of forest fire groups, which will deal with the fight against fires, will be understaffed: 370 people will go to work in the Amur region. These are 58 response teams - drivers, engineers and forest firefighters. 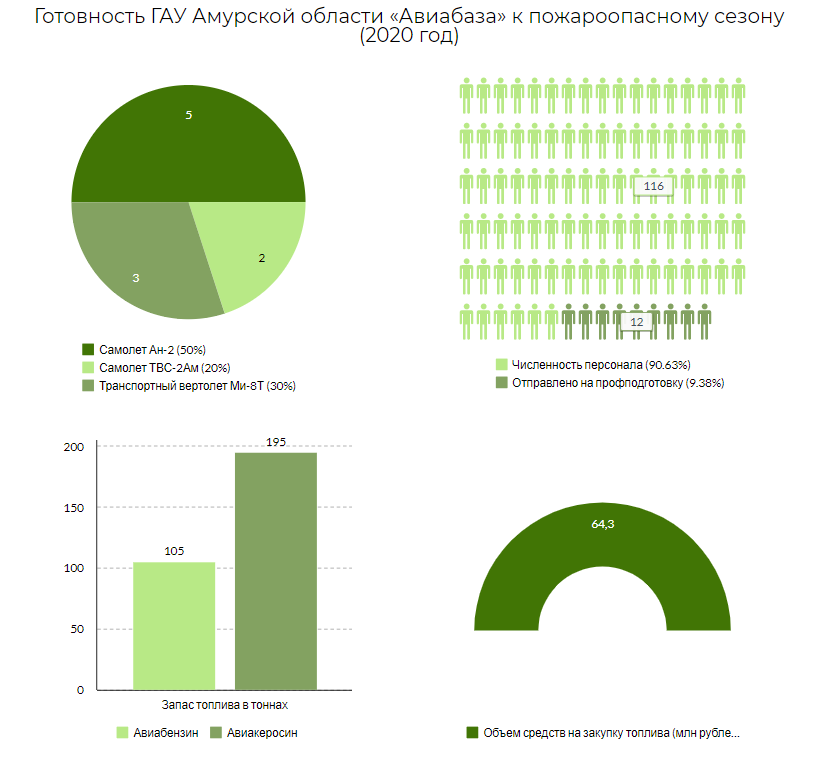 In total there will be 923 such groups - 3 people will be involved in the extinguishing. Specialists of all levels will be divided into groups according to the profile of work: patrol, patrol-maneuverable, maneuverable and patrol-control. They will include police and forestry officers, fighters of the units of the Main Directorate of the Ministry for Emergencies of Russia in the Amur Region, officials of municipal authorities, as well as social activists. Some of the patrol routes have already been developed, others are now claiming. In places of mass recreation for the inhabitants, in the areas of logging and in the territories of the specially protected forest fund, they will conduct enhanced monitoring of the current situation.