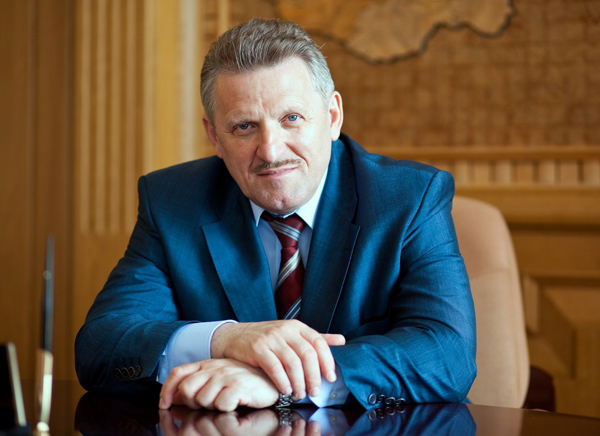 The rise in prices and optimization of the state apparatus, the provision of one hectare of land to the Far East and the prospects for the Far East state program are not a complete list of questions to which the Governor of the Khabarovsk Territory Vyacheslav Shport answered during a press conference on the results of 2014 and "anti-crisis plans" in the region.

In his opening remarks, the governor of the Khabarovsk Territory said that measures were being taken in the region to stabilize the economic situation.

“We are creating a safety cushion in the region,” said V. Shport. - I cannot say that we have done it today and that there is nothing else to do. Since the end of last year, we have tried to create certain preconditions so that crisis phenomena - if they appear - do not affect citizens. "

According to him, there are no guarantees that negative phenomena will not occur in the world, country or region, “but we can make sure that these are extinguished by the measures we have taken.”

As for specific measures, they were taken into account when forming the budget for 2015, in which “guaranteed social obligations remained unchanged. The main capital investments - those construction projects that are now at a good stage - we will continue. And some objects that do not affect the social life of the region - we have suspended their construction. "

“We have a plan to stabilize the economy, a roadmap for the implementation of this plan. There are those responsible for each direction among the ministers, deputies, ”said V. Shport.

The head of the region continued that “in general, there are three priorities for the region. This growth of the economy is precisely the growth, not the maintenance of the current indicators; the second is concern for socially unprotected segments of the population; third, support for small and medium-sized businesses. We determined that in the region there are about 105 enterprises that fall into the risk group, we have identified support measures - about 300 million rubles. provided for these purposes ”.

“In this difficult situation, we need to unite and work in the same vein. We will help business, and business should not go into the shadows, ”V. Shport urged.

The Governor of the Khabarovsk Territory disclosed the indicators of the region's development for 2014. His assessment was very positive: “Last year we finished well, even in the current difficult conditions we increased the gross regional product - it grew by 1% in our country”. In his opinion, this is a normal indicator for the current conditions.

“For our economy, this is even good, it is diversified, it is based on three pillars: industry, transport and trade. Trade takes about 13% of the GRP, industry - about 18%, and transport - 19-20%. We have grown well in transport, our freight turnover has grown by 19%. Many indicators exceeded the plan. This created conditions for us for a smooth, stable environment in 2015, for the fulfillment of social obligations to the population, "he said.

As for the rise in prices, in January no "supercritical things" were observed. V.Shport shared that “a headquarters has been established in the region in 11 directions, which covered all social aspects, including medicines”.

“Although in some cases there are price spikes for certain types of food, there is no such thing for medicines. We are not just monitoring the situation, we have signed an agreement with large retail chains and suppliers to limit the level of price premiums. Of course, prices are going up. But our task is to prevent speculative increases - those that occur without reason, "- said the governor.

“Maybe in smaller volumes, but it's not that important. We calculated - and really: if the program contained 500 million rubles. (to the Tunguska water intake. - author annotation), we say - today we are 250 million rubles. enough to continue construction. You can't stop. We offer options and will insist on continued funding. And there are no more such important events that directly affect the inhabitants of the region and have been sequestered, ”he explained.

In the Khabarovsk Territory, "stabilization measures have been taken to maintain the achieved social indicators, and in terms of economic indicators, to overcome bureaucratic barriers, we set the task to improve the situation this year."

“We decided that we would not have just a ministry that divides property and divides land, and there will be a ministry that will attract investors and deal with land relations - so that this is operational, it takes a minimum number of days. Today we are talking about years - three years, two years ... We have reached the year - this is a masterpiece. And I think that this is not a masterpiece, I think that the term should be reduced to several months. This is why we are creating such a structure, ”commented V. Shport.

In addition, a ministry of "foreign affairs and regional development" will appear in the region (the new department will be headed by the current head of the main department of protocol and international relations of the governor and the government of the region, Vyacheslav Dianov. - comment of the author).

“So that our policy in the Asian space is not just to occasionally bring in investors and be happy. We must build political relationships with our partners in the east and work for a long-term, stable, strategic plans, ”said the governor.

“78 million hectares of land is the territory of the Khabarovsk Territory. Of these, about 30 million hectares are land that can be used in this direction, according to allocation. They are not easy. There is a forest fund, agricultural land, ravines and swamps. But this is land that can be provided. Today we are working on making a unified electronic cadastre of land, ”V. Shport answered. However, according to him, "there is still no precise definition of how to give these lands: we are working on it." The governor believes that the land should be used efficiently: having received a plot, it should be used for its intended purpose - to develop agriculture on it, build a hotel. If nothing is done on the ground, it should be removed.

“Look what happens to the lands that we allocate for large families for free. We use them ineffectively. They immediately began to sell this land, they made a business out of it. Then criminal cases were opened. But literally dozens of people are used for their intended purpose. That is, we do not achieve the goal that we set. And the goal is for a large family to take land free of charge, equip, teach children to work on the land, build a house there. It doesn’t work, ”the governor of the Khabarovsk Territory gave an example. Therefore, as V. Shport is sure, the idea needs to be properly formalized, but, in general, the Khabarovsk Territory is ready to act as a pilot project for the allocation of land in the Far East.

Meanwhile, during the press conference, V.Shport complained about personnel shortages in the region: since January 1 new rules on labor migration have entered, now foreigners have to pass exams.

“This is correct, I think, but many were not ready. The construction industry suffers especially, about 6 thousand people in the region today are simply not enough to support the current volume of construction, ”he said. According to the data provided by the governor, there are 18 thousand vacancies in the region that are not occupied: “Last year we had a quota of 25 thousand, two years ago there was 48 thousand, we did not choose it and we reduced it by half. For this year, we ordered about 15 thousand (Within the framework of the quota, which now applies only to countries with a visa regime for entering Russia. Migrants from the CIS will be attracted under the patent system. - comment of the author). "

That is why, according to V. Shport, the Khabarovsk Territory is very much looking forward to cooperation with North Korea, including labor force.

“We are already working with them, the North Koreans have shown themselves very well during the construction of houses for victims of the flood,” he said. - When we started building houses, we had 47 sites all over the region - where there are no roads, and there is still no labor force. Our condition was close to panic. But we started looking and went to North Korea. Several thousand workers were taken - but still not enough. Of course, they were not able to resolve these issues quickly, but over time they gained momentum and did their job. " 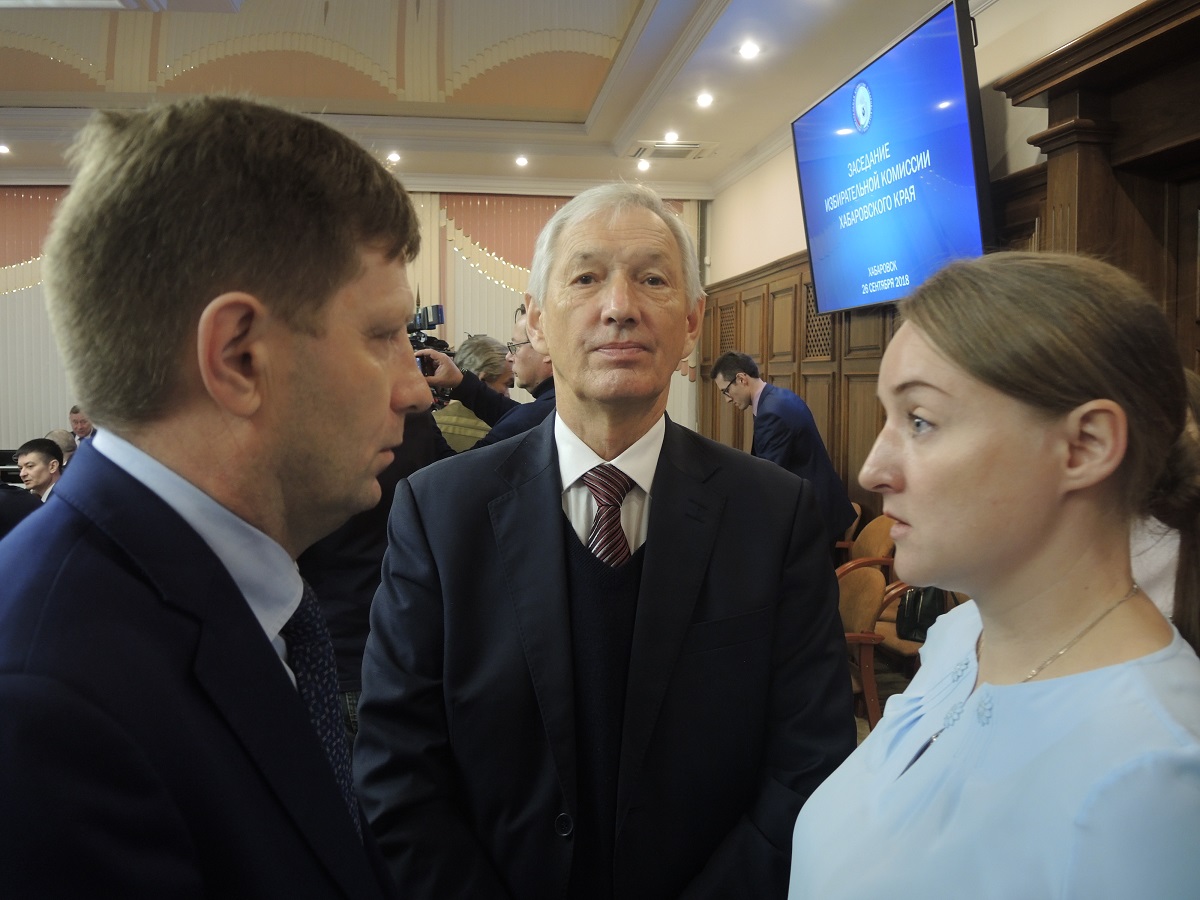 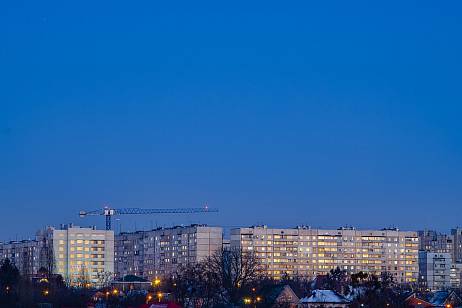