While the authorities are engaged in stimulating the flow of people moving to the Far East to work and develop the “Far Eastern hectare”, thousands of people are already moving to the macro-region to study. Many of them, having received the "point of attraction" in the form of a large university, ultimately remain in the Far East. EastRussia studied the statistics of FEFU income in order to understand where the influx of young people from and to the Far East comes from. 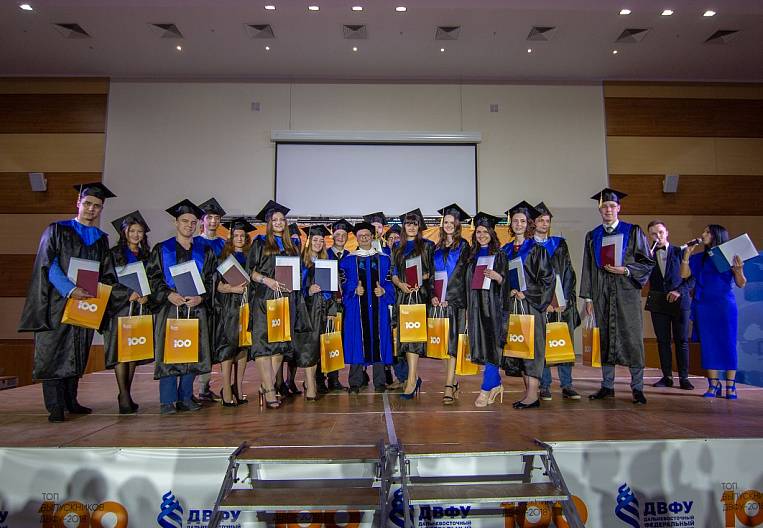 “By 2025, more than 100 000 modern and high-performance workplaces were announced in the Far East. It is impossible to satisfy this need at the expense of existing personnel and specialists from other regions. It is necessary to create a new system of training and retraining employees in the field, says Nikita Anisimov, Rector of FEFU. - Simply put, business structures can “order” themselves specialists in universities, thereby working for the future. In particular, FEFU cooperates with such large holdings as Sibur, Rosneft, IC Zvezda, Transneft, and others. Already now, together with customer experts, we are training specialists for these companies, attracting highly motivated guys for this high school graduates from all over the country and from abroad. In addition, we attract foreign expert teachers with a wealth of experience to train highly qualified specialists. ”

According to the results of enrollment of students in full-time undergraduate and specialist programs in 2018 FEFU was included in the group of universities with high quality admission to budget places. All-Russian monitoring of student recruitment held the Higher School of Economics. FEFU and another 23 university for the first time entered the so-called “green” group, where the share of excellent students (who scored on average more than 70 points per exam) among freshmen exceeds 50%. Experts called FEFU the “first sign” in the Far Eastern macro-region, where the reception quality is traditionally much lower than in other parts of Russia.

The admissions campaign, 2018, confirmed: FEFU has become more often chosen by talented applicants. In total, 18 winners and prize-winners of All-Russian Olympiads are enrolled in the university, 41 is an entrant with 100-points results in the EGE, 778 high marks (a year ago - 628 people) who scored 230 / 320 + points for three / four exams. From the first semester, they will receive an increased academic scholarship in the amount of 4500 rubles per month. 402 freshmen who came to study at FEFU from other regions, the university will reimburse travel expenses (in 2017, 336 people received compensation) for travel to the place of study.

A record number of FEFU students admitted to the magistracy in 2018. 1989 people from 55 regions of Russia are enrolled in full-time and part-time programs. For the first time, the university accepted students without exams, evaluating only the motivational essay and portfolio of achievements. This made it possible to more objectively evaluate candidates and expand the geography of recruitment, because you could enter online from anywhere in the country. Thanks to this, a lot of graduates are enrolled in FEFU with diplomas from universities in Moscow, St. Petersburg, Tomsk, Yekaterinburg, Novosibirsk and others. The first recruitment to the new School of Digital Economy took place - 105 undergraduates were admitted to the “budget”.

In the service of the Vice-Rector for International Relations, following the results of the 2018 admission campaign of the year, the FEFU enrolled an 1094 entrant from the country's 51. The university was first entered by citizens of Costa Rica, Madagascar, Gambia, Georgia, Panama, Paraguay, Rwanda, Poland, El Salvador and the Comoros. Traditionally, a large flow of incoming was from China, Indonesia, Korea, Vietnam, Colombia, the CIS countries. The most popular educational areas this year were medicine, economics, management, international relations and oil and gas.

Now FEFU enrolls foreign students from 74 states, while following the results of last year's admissions campaign, the leading university in the region received representatives from 67 countries.

“A whole range of vocational guidance events contributed to the successful recruitment of foreign students,” says FEFU Vice-Rector for International Relations Victoria Panova. “These include participation in educational exhibitions, advertising on the Internet and the media, and working with recruitment agencies. carrying out adaptation measures aimed at the inclusion of foreign students in the corporate multicultural environment of the university, the creation of tolerance and a friendly atmosphere.
Olympiads and summer schools also help attract FEFU foreign applicants. After two or three weeks at the university, many students decide to continue their education there. Earlier, the university co-organized an international competition for foreign students in a number of areas. "

"Another important factor is the possibility of conducting a" direct recruitment "in the territory of foreign countries. Applicants can pass the entrance tests online in their country. This is very convenient," said Viktoria Panova.

Recall that since 2017, FEFU participates in the priority project “Export of Education”, aimed at increasing the attractiveness of domestic universities abroad. Details about the leading universities of Russia tells portal Study in Russia, where on FEFU page Students can find all the information about admission, educational programs, studies and campus life.

In 2018, the first foreign representative office of the Far Eastern Federal University was opened at Tokai University (Japan, Tokyo). The new division is designed to help expand academic exchanges, launch joint educational programs and strengthen ties between Russia and Japan.

In total, more than 3500 foreign students from 74 states study at FEFU. More than 60% of students are citizens of countries in the Asia-Pacific region, where FEFU serves as an outpost of Russian education and science.
Tags: staff education FEFU