Under the influence of a western 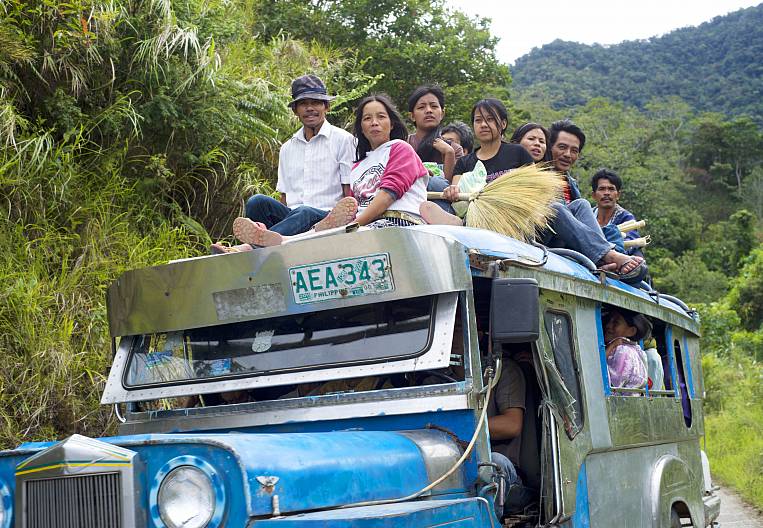 On corruption in the Philippines - Yulia Lekhtonova, Doctor of Historical Sciences, chief researcher at the Institute of Oriental Studies, RAS

The Philippines is a much smaller country than huge Indonesia, with 94 million inhabitants. It is also a multiethnic country, with more than a hundred nationalities in it. Another important feature is that the Philippines until recently was the only Christian country in Southeast Asia. Now East Timor has also joined them, but it is very small, so it does not have to be taken into account.

86% of the country's population are Catholics, 6-7% are Protestant. The Philippines is a country with a difficult history, a victim of early colonialism. From the end of the 1901th century to the end of the 1946th century, it was under the rule of Spain, a very backward European metropolis, which was oriented towards Latin America. Understanding corruption requires a cultural and historical background. Spain was famous for its bureaucratic system, which it introduced into the local wealthy social strata, to which it transferred official powers. Therefore, we can say that the variant of corruption among the highest echelons of power in the Philippines is historically conditioned. The second wave of colonization (by the United States), according to the widespread opinion among scholars working in the Philippines, led the country to "Hollywood from a Spanish monastery." The Americans effectively annexed the Philippines. This happened in XNUMX after the victorious revolution that liberated the country from Spanish rule. Until XNUMX, the country remained an American colony.

The basis for corruption was the social environment and oligarchic clans. In fact, the Philippines is the only country with liberal democracy in Southeast Asia, but there is some duality. All democratic institutions function, there is a Constitution, and, in general, some democratic values ​​have taken root in the masses. At the same time, the ruling elite remained as mired in corruption and, moreover, fragmented into clans. Thus, one of the most Westernized societies of the East is under very strong pressure from traditionalism. This is the specificity of the Philippines, and it is manifested in everything. And corruption, of course, is just part of this trend.

Now we can talk about system corruption. Many sociologists and political scientists of the country, by the way, and sociology and political science in the Philippines are very developed, called corruption "endemic." Its roots go very deep - even in the pre-colonial period. And indeed, some customs have been preserved and are on the lower social tiers. This is interdependence and mutual gratitude, and at the lowest level it’s hard to draw a line - you give a bribe or just give thanks, but this is still corrupt behavior. One of the cases - when the parishioners bring something as a gift to the priest. This kind of corruption is pervasive. And my impression is that the prospects in this regard for the Philippines are very pessimistic.

The first president of the Philippines and his family were charged with embezzlement, but the case did not go to court. His wife recently became a member of the lower house of congress, and his son became a senator. It turns out some kind of quagmire from which it is impossible to get out, and all this comes from above. Therefore, to speak about the political will regarding the Philippines is not quite right. Compare with Singapore should not even try.

The second president was still tried on charges of corruption after he was impeached in 2000. He created a state of interaction with the casino, and was involved in transactions with the leaders of the gambling business. He was judged with the phrase "threat to the economic security of the state." Despite this, in the 2010 year, he took second place in the election after the current president and enjoys colossal support among the lower strata of the population. Such a specific Filipino atmosphere, which is nowhere to be found, a mixture of cultures, a mixture of religions - all this creates fertile soil for corruption. Poverty and the huge gap between the rich and the poor also do not improve the situation.

The current president has declared a crusade against corruption. Some big steps have already been made, according to the press, but in reality there are not so many of them. Under investigation is the predecessor of the head of state. She is accused of electoral frauds - obviously, there was no corruption component here. However, the outcome of the investigation is impossible to predict.

According to statistics, the Philippines occupies one of the first places in the number of elective frauds. Voters are bribed, bulletins are falsified, in general - a full set. All this is thriving in the Philippines.

It is worth emphasizing that, unlike Indonesia, in the Philippines, the army and, accordingly, the military elite, never played a significant role and began to be politicized only during the period of authoritarianism (1965-1986), but now the top of the officer corps and generals are all polls corrupt officials. There is a frank arms trade in the south of the country, where 5 million Filipinos on the border with Indonesia and Malaysia profess Islam. For many decades, there has been a bloody interfaith conflict, and negotiations between the parties are often broken, in many respects - because the supply of weapons to Muslims comes from generals and Catholic officers.

Doing any predictions now is risky. At the moment, corruption remains systemic and pervasive. Progressive and advanced elements of society, such as students and intellectuals, are very much concerned about this phenomenon. Indeed, this is one of the main problems of the country. And its main root lies in the clannishness of the bureaucracy. The elite remains closed, there is no inflow of fresh forces, and the opportunity to fight corruption, which hinders the development of the country and economic modernization, is minimal.

The material is prepared on the basis of a report from the round table HSE "Cultural perception of corruption in Indonesia and the Philippines."

Read about corruption in Indonesia: http://www.eastrussia.ru/opinion/581/582/