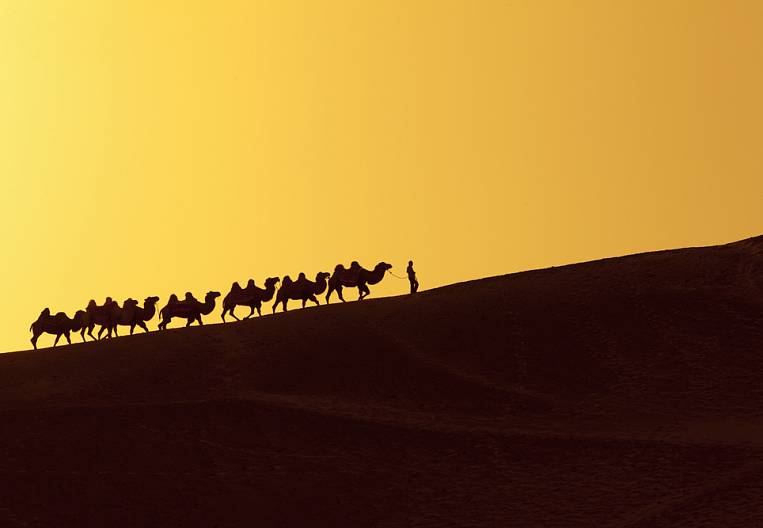 At the sessions of the National People's Congress and the National Political Consultative Council of China in March this year, the One Economic Strip, One Road strategy was once again a hot topic. Comprehensive stimulation of the implementation of this project has become a new important point in the PRC's foreign policy strategy this year.

During the "Two Sessions", Chinese Foreign Minister Wang Yi expressed the hope that the Russian Federation and the PRC would conclude an agreement on cooperation in the future within the framework of the "Economic Belt of the Silk Road" project. Implementation of the strategy "One economic strip, one road" will become a new basis for the development of strategic partnerships between Russia and China.

Premier Li Keqiang noted during the government's working report that China will continue to promote in every possible way the project of creating an "economic strip of the Great Silk Road", as well as accelerate the integration processes and the creation of an international route for the transportation of goods. Russia is located in the very center of Eurasia, which makes it a key country for the implementation of the "economic strip of the Great Silk Road" project. In addition, Russia is one of the PRC's largest partners in economic construction. After Xi Jinping put forward the concept of creating the Economic Belt of the Great Silk Road, Russia actively responded to this initiative, hoping to expand cooperation with China in various fields, as well as to use the Economic Belt of the Great Silk Road in order to strengthen ties in the Eurasian economic union.

In recent years, Russia and China have strengthened cooperation in the field of infrastructure construction abroad, and an example of this is the new road that will connect Europe to Asia. On this road, connecting Chongqing, Xinjiang and Europe, several hundred trains of Chinese, Russian and European companies engaged in container transportation have already passed. China also participates in the construction of the Moscow-Kazan high-speed railway, which will further reach Beijing, creating an 7000-kilometer high-speed bridge between Asia and Europe. The road. The highway will connect the western regions of China with Western Europe, pass through Kazakhstan and Russia and will be put into operation in 2017 year.

In addition, in the Far East, Russia, together with China, is also cooperating in the construction of infrastructure - ports, bridges and cable cars, and is also developing cooperation in the field of laying smart electric grids. In the field of foreign trade and investment, Russia creates favorable conditions for Chinese investors: for example, in order to attract Chinese investments, the Russian government is considering the possibility of selling stakes in oil fields to Chinese investors.

In 2014, the volume of trade between China and the Russian Federation exceeded the $ 95 billion mark; moreover, a 400 billion contract was signed for the supply of Russian gas to China. Today, the emphasis in foreign economic cooperation between the PRC and Russia is shifting from traditional energy carriers and military products to the fields of aircraft construction, space technology, mobile communications and construction. Due to the crisis in Ukraine and the resulting Western sanctions against Russia, Sino-Russian cooperation has received a new opportunity for further development. According to statistics from the Ministry of Economic Development, in 2014, China invested $ 250 million in the Russian economy, and Russia - $ 36 million in the Chinese economy. The small volume of Russian investment suggests that Russian investment in China has potential for growth.

Regarding the development of cooperation in the financial sector, China has already created the BRICS Development Bank, the Asian Infrastructure Investment Bank, and the Silk Road Fund. Today, China has entered into an agreement on currency swaps (150 billion yuan or 815 billion rubles), and the list of areas in which Russia and China are settling in national currencies is expanding. This phenomenon will not only be able to help Russia shift the burden of sanctions, but will also accelerate the internationalization of the yuan.

Russia and China have a very long common border. In recent years, much has been done to bring the two countries closer together - top-level visits were carried out, the spheres of foreign trade interests were expanded, cross-years were carried out, and other large-scale projects were carried out. All this stimulated cultural exchange between the two peoples, and also improved their mutual understanding. According to reports from the Levada Center and VTsIOM, about 80% of Russians surveyed have a positive attitude towards China, and about 50% believe that China is Russia's strategic partner. According to polls by the American Pew Research Center, more than 66% of Chinese respondents had positive feelings towards Russia.

In 2015, the PRC economy entered a period of "new normal" development in order to accelerate the process of restructuring the national economy. Due to overcapacity in the economy, foreign trade, which has been the engine of the development of the Chinese economy for many years, is faced with the need for restructuring. Russia also needs to restructure its economy and stimulate economic growth to effectively counter the crisis, as well as develop the economic potential of Siberia and the Far East. Thus, the strengthening of foreign economic ties with Asian countries has become one of the main directions of development of the Russian economy. As Chinese President Xi Jinping noted at the SCO summit in 2014, Russia and China need to "expand mutual openness, strengthen mutual assistance and mutual support, and jointly confront external threats and challenges."

The economic strip of the Silk Road is an open economic platform. This project not only contributes to the implementation of various Chinese-Russian projects, but also gives new content to cooperation mechanisms within the SCO, BRICS and the Eurasian Economic Union. According to forecasts, the project "one economic strip, one way" by 2020 will allow foreign trade turnover between the PRC and the Russian Federation to reach $ 200 billion.
Tags: The New Silk Road China Russia Wang Yi Xi Jinping Far East infrastructure BRICS