Tomorrow in Vladivostok, the next Far Eastern media will open, at which journalists will surely proudly tell about the main final figure of the Far Eastern Federal District of this spring: the macro-region demonstrated for 2017 the largest growth rate of investments among the federal districts - 17,1%. EastRussia figured out whether this achievement really should be proud. 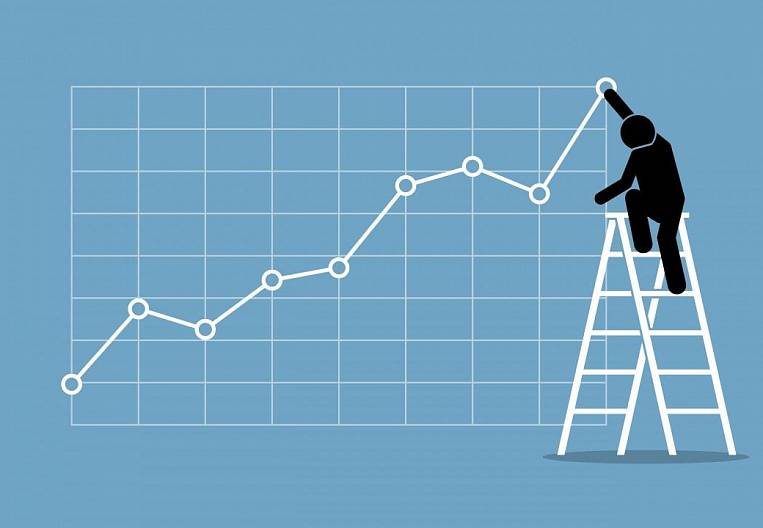 Photo: shutterstock.com
The statistics are unambiguous: for 2017 year in the subjects of the Far Eastern Federal District, the increase in investments in fixed assets has been achieved. For 2016 year 1 000 776 million rubles was invested in nine DFO regions. For 2017-th - 1 217 355,9 million rubles. It would seem, plus 216,5 billion rubles. give an increase in investment at 21,6% - even more flattering for the Far East. But Rosstat has another mathematics: it officially operates with the figure 17,1%. "More than half of this increase was given by residents of the territories of advanced development and the free port of Vladivostok," officials of the Minsk region said in vain.

A comparable indicator from the federal districts is only in the Southern FD, where in the past year, 234,7% growth in investment in the Crimea - in the SFD as a whole, investments increased by 16,4%. The Volga Federal District fell by 3,9% in terms of investments, other districts showed a near-zero or insignificant growth within the limits of inflation.


However, the comparison is not relative, and absolute values ​​puts everything in its place.

The distribution of investment in fixed assets by federal districts of Russia in 2017, according to Rosstat

So, in terms of investment in fixed assets, the vast Far East is only 7,6% of Russia's, which provides him with an honorable penultimate place, in front of the traditionally depressed North Caucasus. More than a quarter of all investments in the country - in the Central Federal District, almost a fifth - in the Urals, 15% - on the Volga. Outskirts of the country hopelessly lose this competition: Siberia, South, North-West - in the investment league in the group "tenth and less."

In Minvostokrazvitiya love to emphasize that the rate of investment growth in the Far East achieved in 2017 is a story about "private investments" (which is methodologically not entirely true: Rosstat takes into account all investments in capital assets, including budget funds) - in contrast to investments in facilities APEC summit, which were public. Thus, of course, the role of the ministry, which managed to create basic preferential terms for attracting private investors for 2013-2015 years, and in 2015-2017 years - which launched practical mechanisms for such attraction, was more prominently described.

Unfortunately, the analysis of statistics shows that in 2000 year (then federal okrugs were formed) with investments in the regions of Russia everything was about the same as in 2017.

Over the past 17 years, Siberia has outstripped investments in the South, and the share of the Far East in the total investment in the Russian Federation has increased from 4,6% to 7,6%. On this, in general, the changes end.

DFO as the penultimate among the federal districts, so they stayed. Plus three percent in the all-Russian layout - it seems, it's too early to call it "advanced development".

The distribution of investment in fixed assets by federal districts of Russia in 2000, according to Rosstat


No less interesting nuance - who exactly forms the investment portfolios of the federal districts. In Minvostokrazvitiya expect that by the end of 2018, investors who became residents of the TOP and SPV, will invest in fixed assets the accumulated total of 250 billion rubles. (despite the fact that they invested 2017 billion rubles for 92,5-th). A similar four-year result (2015-2018 years) gives an average of 62,5 billion rubles. in year.

Who gives the rest?

The answer looks obvious, because it lies on the surface - in the statements of all the same officials. Talking about the fact that Gazprom will soon invest about 950 billion rubles. in the construction of the Amur gas processing plant, and SIBUR - another 500 billion rubles. in a gas chemical complex - and this is in total more than invested by investors of all levels in facilities throughout the Far East for the entire 2017 year - the authorities confirm that the investment weight of the DFO will continue to grow mainly thanks to mega-projects.

This high dependence on single large projects, which usually only applies to state companies, is quite clearly reflected in the investment schedule in the Far Eastern Federal District during the last 10 years.

Dynamics of investments in fixed assets in the Far Eastern Federal District for 2008-2017 years, according to Rosstat

We can assume that Primorye will still experience a similar "splash" when Rosneft decides to build VNKh and Khabarovsk Krai - when the construction of the bridge to Sakhalin begins. However, the presence or absence of TOP and SPV regimes in the Far East and the quality of their functioning by and large do not in any way affect the start or pause of mega-projects - such decisions lie either in the political or even geopolitical plane or depend very much on prices in world markets.

Private foreign investors, for the sake of attracting them from the Asian markets, the TOP and FPV model was designed in 2013, have so far invested in the Far East - that's all! - about 8% of the total investment.
Tags: statistics Rosstat investments Accountability Minskostokrazvitiya growth Far East