The peak of the Yakut "Sterkh"

The Bank of Russia, by an order of October 27, 2019, revoked its insurance license from the Sterkh Insurance Company Joint Stock Company, whose headquarters are in Yakutsk. According to the Central Bank, the company violated the procedure for investing funds of insurance reserves, violated by more than 20% the minimum acceptable value of the normative ratio of equity and obligations, and also repeatedly violated the requirements of insurance legislation. The authorities of Yakutia and experts believe that such a state of affairs of the largest insurer in the Far East led to problems with management, high-risk operations in the OSAGO market and the wrong work strategy. 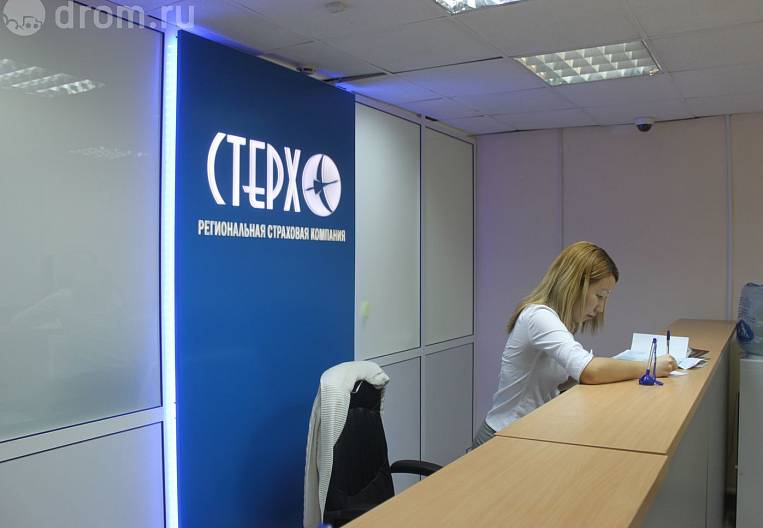 The regional insurance company established in 2005, which went beyond the borders of the republic, was an example to follow and financial stability. Since its inception, Sterkh has become a universal insurance company with branches in all areas of the region. The head office of the company is located in Yakutsk, branches - in Khabarovsk, Moscow, Vladivostok, Kazan and Krasnodar.

The company was completely controlled by the government of Yakutia, which owns almost 98% of the shares through the Ministry of Property and Land Relations (65,33%), as well as companies controlled by the regional authorities - Republican Investment Company (17,34%) and JSC RIK Plus (14,83%).

In the early years, Sterkh quickly conquered the market. For half a year of work, the company received licenses for 20 types of voluntary insurance and reinsurance. A plus for her was insurance of socially significant objects at the expense of the republican budget. So, since 2006, the company insured the state property of the region and the northern delivery of goods, and in 2007, it began insurance of agricultural producers.

In 2011, Sterkh signed an agency agreement with Military Insurance Company on cooperation in the implementation of compulsory motor third party liability insurance (OSAGO). Sterkh received its own license for OSAGO in 2012. At first, it brought a good profit; in 2013, OSAGO attracted 45,3 million rubles - 8% of the total number of insurance premiums. However, already in 2018, the OSAGO profitability reached a minus mark - 22%. As the first vice-premier of the region Aleksey Struchkov explained to the journalists, the negative results on compulsory motor third party liability insurance are associated with the activities of car fraudsters.

“Three years ago, the company was forced to conclude part of contracts in toxic regions. This means that insurance compensation amounted to more than 100% of those insurance premiums that were received in this region, ”said Alexey Struchkov.

With the fact that OSAGO became the cause of the imbalance, the candidate of economic sciences, associate professor of the Financial and Economic Institute of the North-Eastern Federal University Afanasy Fedorov also agrees. In his opinion, sooner or later this would still lead to the revocation of the license.

“There was an insufficiently prepared expansion of CTP services outside the region, where there are no own structures to protect their interests in the legal plan and financial capabilities. Work in other regions requires investment. Perhaps working with individual legal entities and large companies was profitable. The company could not save anything, there were managerial mistakes. There were no profits in the foreseeable past, ”the expert believes.

Saved as they could

“There are indications of years of abuse-related activity. We tried to save "Sterkh" with all our might. If there was an opportunity to bring it into an investment-attractive state, then, of course, we would do it. But, unfortunately, that volume of problems - more than four billion rubles - turned out to be overwhelming. Therefore, upon agreement, we were forced to enter this bankruptcy procedure, ”said Vladimir Solodov.

It was the government of Yakutia that initiated the revocation of the license. The republic's authorities admit that the decision was not easy. The number of agreements concluded on the territory of Yakutia in the period 2018-2019 is more than 270 thousand, of which more than 213 thousand are OSAGO agreements. According to preliminary calculations, the amount of funds for the formation of reserves was about 1,5 billion rubles. But the government of the republic and IC "Yugoria", which showed interest in the issues of financial recovery of the "Sterkh" company, conducted an independent examination, the results of which were disappointing - the amount increased to 4,1 billion rubles.

The company now has a temporary administration. According to EastRussia, the manager of the branch-national bank for the Republic of Sakha (Yakutia) of the Far Eastern GU Bank of Russia Anton Konoplev, a significant part of the Sterkh Insurance Company portfolio consists of compulsory motor third party liability insurance (OSAGO) contracts.

“There is a special procedure for OSAGO policies - they continue to operate even if the company's license has been revoked. Payments are made from the guarantee fund of the Russian Union of Auto Insurers (RSA). If the accident occurred due to the fault of the owner of the CTP insurance policy "Sterkha", then the victim in the accident should apply for compensation to the RSA, "Anton Konoplev advised.

After the license was revoked, a threat also loomed over the Sterha subsidiary, the Sakhamedstrakh company, in which 85% of the republic’s population is insured by compulsory health insurance (MHI) programs. However, experts assure that the enterprise is financially stable and meets the requirements of the Central Bank of Russia to the size of the authorized capital, the structure of assets and the formed insurance reserves.

“SMK Sakhamedstrakh” provides a different type of insurance than Sterkh (it has separate licenses for medical insurance). The company fully fulfills its obligations to insured persons and medical organizations, ”Sahamedstrakh reported.

“The main lesson is that professionals are needed everywhere. I hope that for ordinary citizens it will be possible to avoid negative consequences. The main thing now to take out from under the blow of Sahamedstrakh. This company is in good condition, ”the parliamentarian said.

According to expert Afanasy Fedorov, other players can come to replace the Siberian Crane.

“Our insurance volume is not large enough. One or more companies may renegotiate contracts or carry out restructuring. I think a company will come that will work with new methods, including the use of digitalization, optimization. This is exactly what they should have done at Sterkh, ”the expert believes.

The insurance company, at the request of the Central Bank, must make payments on the insured events that have occurred, notify the policyholders of the revocation of the license, the fact and date of early termination of contracts. The interim administration at Sterkh will operate for six months.