The first visit of the leader

The historic day was 24 of April for Vladivostok - the DPRK leader Kim Jong-un arrived for the first time in the city (in the region and in the country). The campus of the Far Eastern Federal University will be his domicile for several days. In high school, he will hold a meeting with Russian President Vladimir Putin. 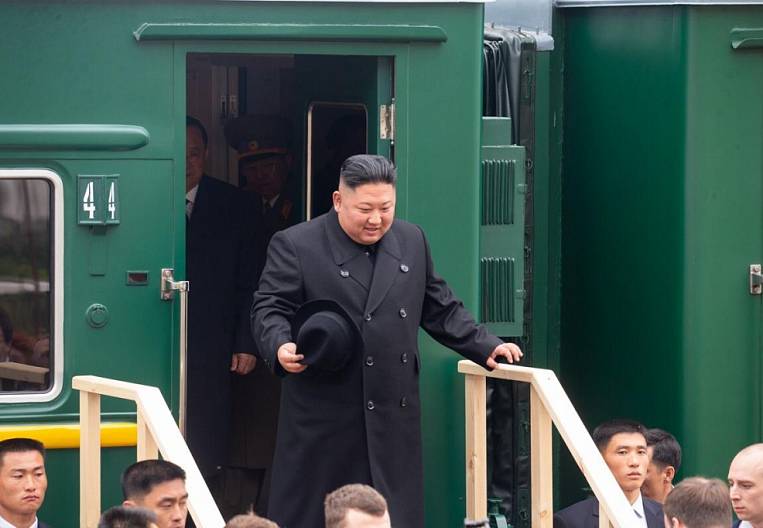 For the first time, the leaders of the two countries will meet in person. At the same time, Russia became the first foreign country that the North Korean leader Kim Jong-un visited after being re-elected as the chairman of the DPRK State Council. The Kremlin did not disclose the details of the visit for a long time - the North Korean side asked for this. On the eve of the arrival of the DPRK leader, Adviser to the President of Russia, Yuri Ushakov, said that the talks would be held in a tête-à-tête format and then continue in an expanded format with the participation of delegations. Following the meeting, no joint statements or signing of documents are planned.

One of the topics of the conversation between the leaders of the two countries will be a political and diplomatic settlement of the nuclear issue on the Korean Peninsula. Since the situation around the DPRK has stabilized recently, the parties hope for a fruitful dialogue.

In 2017, Russia and its partners developed a roadmap for resolving the situation on the Korean Peninsula. It provides that the DPRK will suspend ballistic missile launches and nuclear testing, and the United States, in turn, will cease large-scale military exercises. After that, a transition to a complex settlement, including denuclearization, was proposed.

Another important topic of negotiations will be a reduction in trade turnover between states. Last year, it fell by 56% and amounted to just 34 million dollars. Now the main obstacle to the development of cooperation are UN Security Council sanctions imposed against Pyongyang for nuclear and missile tests. Due to the prohibitions, the DPRK and Russia cannot develop bilateral trade.

The Japanese television station NHK reported that in connection with the upcoming meeting between Putin and Kim Jong-un, the US special envoy to resolve the situation on the Korean Peninsula, Stephen Bigan conducted telephone consultations with the director of the Asia and Oceania Department of the Japanese Foreign Ministry, Kenji Kanasugi. The interlocutors paid particular attention to the prospects for ending Pyongyang’s nuclear missile program.

Countries have long considered the prospect of expanding transport and freight traffic. The construction of the Tumangan-Hassan automobile bridge across the Tuman River at the border of the countries can help in this. In March of this year, members of the Federation Council and representatives of the DPRK discussed the restoration of a full-fledged transport connection through this transition. Against the background of the warming relations between North and South Korea, this transport corridor has great prospects.

Russia and the DPRK are negotiating the construction of the bridge with 2015 of the year. While the transport communication between the countries is carried out by rail and air transport. Earlier, the Agency of the Far East for attracting investment and export support has developed a technical task for the provision of information, analytical and consulting services for the development of pre-feasibility studies and feasibility studies for the construction of a bridge. Documentation should be developed by 20 December this year. Agree on the timing of construction of the parties in March, but did not announce them.

The King is playing retinue

Together with Kim Jong-un, a delegation of their DPRK arrived in Vladivostok - more 200 people. They all arrived on the legendary armored train. Due to the difference in railway standards at the North Korean border station Tumangan, the train had to change wheelsets so that it could travel along a wider track. It was on this train that the father of the current DPRK leader Kim Jong Il traveled around Russia.

The day before the arrival of the North Korean leader from Pyongyang, two planes arrived in the Far Eastern capital - their flights were unplanned. According to some reports, the security services of the DPRK leader arrived on the sides. The last preparations for the meeting were checked by Kim Jong-un's sister Kim Ye Jeong, who holds the post of first deputy head of the propaganda and agitation department of the Central Committee of the Workers' Party of Korea. The favorite limousine of the DPRK leader in Vladivostok was taken by IL-76.

All for the dear guest

Vladivostok began to actively prepare for the arrival of the North Korean leader for the week. In FEFU, they increased security, began to put in order the territory, stroke the flags of the countries and close some rooms for students. In order for the limousine Kim Jong Un to drive through the gates of the railway station, it was necessary to deepen the entrance on 20. To ensure safety, Vladivostok for three days closed the navigation for small vessels in the area of ​​Russky Island, where FEFU is located. The city had to ban parking on Nekrasovsky Lane and change the pattern of buses, the terminus of which is the railway station.

After the talks, Vladimir Putin will fly to China for the second Belt and Path Summit, and the DPRK leader will be delayed for a day to visit places where his father Kim Jong Il has visited Russia. Also in the city they prepared a special cultural program for the DPRK leader, which will be adjusted in accordance with his mood and wishes. 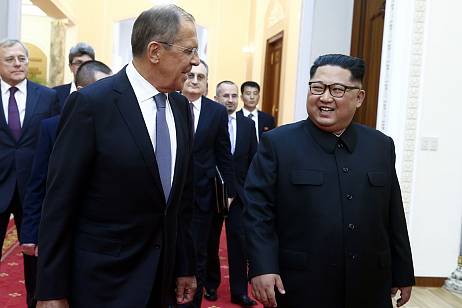