Outflow of population is getting out of the explanation

The recently adopted concept of demographic policy suggests that in the next few years the Far East will come to 250 thousand more people than it will leave. Official statistics for 2015-2016 years and the first months of 2017-th, however, is still ruthless. Despite assurances from the authorities that investments in the Far East are going on, people, as EastRussia found out, are still leaving. 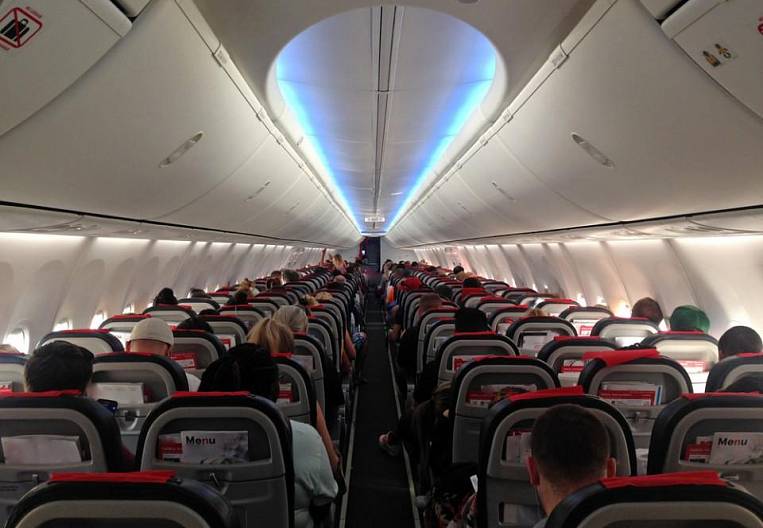 One of the results of the state policy for the development of the Far East to 2025 is to increase the population by 50 thousand people due to natural growth and another 250 thousand people - due to the positive balance of migration. Such indicators are fixed in the concept of the demographic policy of the Far East adopted by the Government of the Russian Federation on June 21.

Another impressive figure is that by the year 2025, it is required to provide at least 100 thousand new jobs, which investors should create. "Here we are counting on internal migration from other regions of Russia, and also some part will be attracted by compatriots who live abroad." The resettlement program of compatriots will help them reduce the costs associated with the move, this is an important tool, "- He explained The other day Deputy Head of the Ministry of Economic Development Sergey Kachaev.

Without touching the tools offered to attract 250 thousands of "new Far Easterners" (let democrats talk about them), EastRussia tried to assess what is happening now in terms of migration to the Far East with "old ones".

The task did not look simple, since there is no unified operational statistics on migration by subjects of the Far Eastern Federal District in the publicly available system of Rosstat. There are six territorial statistical offices in the Far East: Khabarovskstat (Reports on four subjects - the Khabarovsk Territory, the EAO, the Magadan Region and Chukotka), Sahastat, Amurstat, Camstat, Primstat и Sakhalinstat. Khabarovskstat is responsible for the publication of data on the Far Eastern Federal District, but the most recent of them for demography - for 2015 year. The study of the official sites of Rosstat's technical data shows that they are very creative when calculating the operational data for the "Population" section: in some regions the latest data are figures for January-March 2017, in others for January-April, in others for January-April January-May.

Nevertheless, the overall picture is quite clear.

These are statistics, nothing personal.

To begin with, there is literally one figure about what happened to the population of the Far East in 2015: the very one in which the implementation of new laws aimed at stimulating investment inflows was just beginning. Of course, there was no need to talk about any projects implemented in the territory of the advanced development (TOP) projects - the TOPs existed only on paper. If new jobs were created, it was not due to amendments to the legislation. And people from the Far East, if they left, it is certainly not because of the failure of the policy implemented by the Ministry of Color.

In 2016, the start-up of new enterprises began. The rhetoric that soon life in the Far East will become good is replaced by practice. And from this point of view, it is already interesting to analyze the migratory behavior of the population of nine specific subjects of the FEFD. We emphasize that the calculations given below, calculated on the basis of Rosstat’s TU data, are not data characterizing the dynamics of the population as a whole, it is only about migration.

First, the None of the subjects of the Far Eastern Federal District showed for 2016 a positive migration balance. Alas.

Secondly, judging by the subjects for which such data are available, everywhere the outflow of the population from this particular region of the Far East to other regions of Russia is higher than the outflow of the population in general. Unfortunately, the available figures do not allow us to estimate what the share of those leaving from one region of the Far East to another, that is, migration within the Far Eastern Federal District, is in this outflow. But such migration is generally a separate topic.

Third, CIS countries give the Far East only an influx of population.

Finally, the total outflow of the population in the 9 subjects of the FEFD over the past year, as it is easy to calculate from the table, was 17 130 people. How many of those who left had moved within the Far East — of course, the topic of a special study.

According to Rosstat, the population of the Far Eastern Federal District as of January 1, 2017 was 6 people. Minus 182 people per year. This is better than at the end of 679, which allowed the authorities at the beginning of this year to declare with optimism: trends have been reversed, people have begun to leave the Far East less.

Unified data on 2017 year, we recall, the Federal State Statistics Service of the Far East is not.

But first, you can analyze the most complete data - the dynamics of migration in January-May of this year. Such indicators are officially published in various sources on six subjects of the FEFD.


As can be clearly seen from the table, no one of the Far East out of six, who published statistical data on migration for January-May, Did not demonstrate a migration inflow. At the same time a year earlier in the first five months there was an increase in the Khabarovsk Territory and in Chukotka. The migration indicators worsened not only in these two entities, but also in the Jewish Autonomy, and there is nothing to compare them for the Amur Region. Improved indicators of Kolyma and Primorye, but they do not care - net outflow.

Data for Kamchatka and Yakutia is only available until April:
Data for Sakhalin are available only by March:

However, the lack of more recent information does not change the situation. Unfortunately, in these subjects of the Far Eastern Federal District the negative balance of migration is observed in the first months of the year 2017: people continue to leave more often than to come. It is impossible to conduct a qualitative analysis of the structure of departing and coming visitors on the basis of available data. But if the peculiarities of 2016 migration remain in force, more people from the CIS countries come to the east of the country, and leave here - mainly to other regions of the Russian Federation.

The first shows that the state and business will not be easy to solve the problem of qualified personnel. The second is that the Far East has so far failed to make more attractive than the more western regions of Russia.

А while maintaining this year’s trends, the Far East again has every chance to demonstrate a net annual population outflow. By 2020, the developers of the concept of the demographic policy of the Far East set a goal to fix the population at the current level - at least to fix it. To fulfill this ambitious task, there is nothing left - some couple of years.
Tags: demography population migration Far East