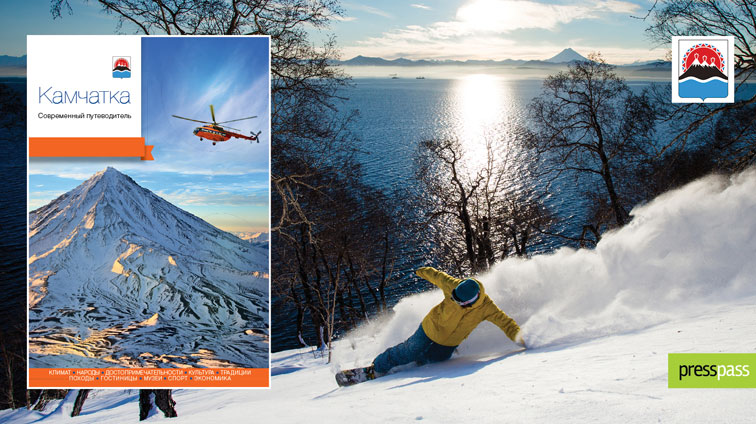 The book “Kamchatka. A Modern Guide ”arrives in the country's bookstores.

The history of the development of Kamchatka has not been one hundred years, but for a very long time, until the end of the 20th century, this region remained one of the most closed to visit. To Kamchatka it is still extremely difficult to get there: both long and expensive. However, it was enough to remove the formal restriction on entry, so that Kamchatka from the forbidden fruit turned into one of the most attractive destinations of Russian tourism.

"I think this guide will help you learn more about the peninsula, plunge into the mysterious world of Kamchatka nature, enjoy its beauties, - says in the welcoming speech of the governor of Kamchatka Krai Vladimir Ilyukhin. - For a long time the peninsula was closed to tourists. Severe snowy peaks, alpine lakes, turbulent rivers infested with fish, hot springs - all these beauties were once available only to Kamchatka people, and the rest of our country admired them through the prism of television screens. Today everything has changed. ”

Responding to the growing interest of tourists in this region, local authorities are trying to develop infrastructure: they build hotels and sanatoria, reconstruct roads, establish transport links with other regions of Russia, build ski complexes, and open ethno-cultural centers.

"I very much hope that this book will become an assistant for those who are going to visit the peninsula, who want to know more about the tourism potential of the region. This is indeed the first such publication about Kamchatka, - Said at the presentation of the book the first vice-governor of the Kamchatka Territory Dmitry Latyshev. - In recent years I represented the interests of the region in Moscow and I know what interest our region is attracting. But sometimes people do not have the necessary information. " The first copies of the book D. Latyshev handed tourists from Primorye, as well as representatives of travel companies of the region.

In the book "Kamchatka. A modern guidebook, this Far Eastern region appears before us as a modern, dynamically developing region, ready to receive guests, along the path of a complete renovation of the infrastructure.

"The uniqueness of the recreational zone, the exciting ecological and extreme routes, the color of local national settlements and, of course, the special, original atmosphere inherent only in those corners of the earth where not the people are in charge, but the proud nature - that's what attracts Romantics in Kamchatka who do not pass Before the difficulties. Our book is a guide to the majestic and inaccessible Kamchatka region, and we hope that it will help tireless wanderers make their own discoveries, "the book's editor Julia Petropavlovskaya told.

To date, the book "Kamchatka. The modern guidebook is the only printed publication that contains not only an overview of the natural and cultural attractions of the region, but also the latest information about its infrastructure, possible routes and transport links, as well as bright and understandable geographical patterns for tourists. The authors of the book collected all information about extreme, ethnographic, ecological and health tourism in the territory of Kamchatka. Information about attractions interspersed with cognitive information about the traditions and way of life of the indigenous peoples of the region, the peculiarities of climate, flora and fauna. The book is published in Russian and English, the Russian version will be on sale in the country's bookshops the other day.

Kamchatka colleagues assisted the authors in compiling the guidebook: the Kamchatka Region Agency for Tourism and External Relations, the Kamchatka news agency, the Kamchatka Center for Children and Youth Tourism, the Kronotsky Biosphere Reserve and the Komandorsky State Biosphere Nature Reserve. Participated in the preparation of well-known bloggers and travel photographers: Ivan Dementievsky, Dmitry Utkin, Victor Gumenyuk and others. On the pages of the guide, local residents and seasoned tourists share practical advice and impressions from the region.

"Kamchatka. The modern guidebook "is the first reference book where the full review of natural and cultural sights of the Koryaksky district, which is included in the newly formed Kamchatka region, is given. Today it is clear that this little-researched territory has a huge tourist potential.

The book is prepared for publication by the Moscow PressPass publishing house. “This is the third guide published by our publisher. The first one was called “the Far East”, and in it we briefly told about all nine regions of the FEFD. The second was dedicated to Yakutia - we released it in February 2014, and presented it in Sochi during the Olympics, ”said Leonid Agafonov, deputy general director of PressPass. - Finally, now comes the “Modern Guide. Kamchatka ”, which contains all the information of tourists. Guide will be presented in the major book networks of the country. I think it will be of interest to the residents of the Kamchatka Territory itself. ”
Tags: Kamchatka Modern guidebook tourism Vladimir Ilyukhin Dmitry Latyshev extreme tourism PressPass
March 3: current information on coronavirus in the Far East
Digest of regional events and latest statistics
Media News2
See also: 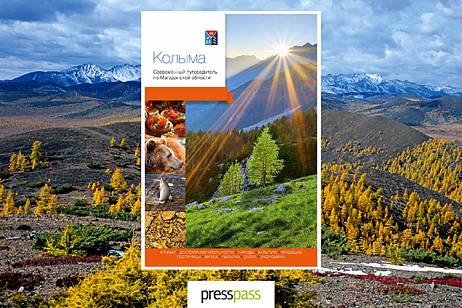