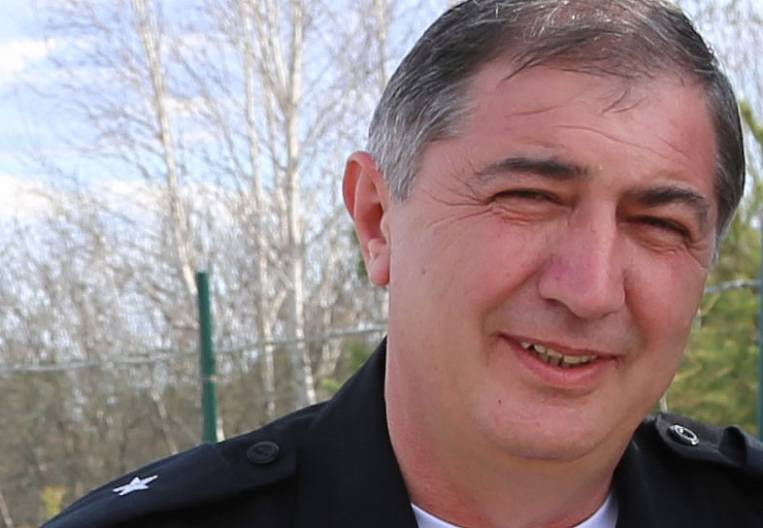 The construction of the Vostochny cosmodrome in the Amur region is a very complex project, both in terms of the volume of consumed resources and the variety and amount of materials, technology and equipment used. To ensure the efficient work of the builders in the conditions of the Amur taiga, an operational process was established to supply the sites with everything necessary for the continuous production of work. This work was organized by a real professional and a man in love with his work - Jumber Eshba.

Jumber Mushnovich Ashba was born on the Black Sea coast in Ochamchira, in the warm and sunny Abkhazian ASSR. Having the name Jumber very difficult to pronounce in Russian, Ashba has a "second" name since childhood - Daur.

"I am proud to be born in a small Abkhazian town, and I had a chance to work on the country's main construction site. I began my labor activity in Abkhazia, after graduation I worked in a state farm. Then, after graduating from the Sukhumi school, I came to Moscow, but, not having lowered from the first time to the institute, I began to work in the capital. "

“Moscow was not built right away,” - words from a famous song that fully relate to Eshba. The young man, with his hard work, built Moscow, and himself, too. The draft age approached and Jumber was drafted into the ranks of the Armed Forces. Service in the army changed the life of the future cosmodrome builder.

“From 1983 to 1985, I served in the Turkestan military district and, already in the military rank of“ sergeant, ”returned to the“ white stone ”one. He worked as a builder, entered the All-Union Institute of Railway Engineers. I finished my first year and wanted to continue my studies. "

But fate decreed otherwise, 1992 was not the most peaceful period in the history of a small but very proud Republic (Abkhazia).

“After the first course in 1992, I went to my homeland - to Abkhazia. The events that now call the “Georgian-Abkhaz conflict” began there. For more than half a year I was there, helping my family, doing mainly agricultural work. It was not up to the institute - I fed our big family. Then he returned to Moscow again. ”

In the capital, Eshba returned to his beloved profession, which reciprocated to him. A lot of interesting projects, the ability to do business, which has become a vocation. In June, 2015, he was offered not just a new job, he had the opportunity to take part in the construction of a new Russian space center and radically change his life - to move with his family to the construction site in the Amur region.

Daur Eshba tells modestly about his contribution to the construction of the Oriental cosmodrome.

“We provide materials to the objects of the cosmodrome that are being built by Spetsstroytekhnologii. After all, to build a house, we need not only workers, but also materials. Construction goes on around the clock, so our builders should have everything they need. ”

And after the first launch of the launch vehicle, this work continues - today at Vostochny Spetsstroytechnologii it is building eight facilities, employing more than 1200 people, and 104 units of equipment are involved.

At the special purpose facilities, the process of supplying construction sites with everything necessary for the continuous production of works should be debugged as a high-precision mechanism.

“Of course, we have implemented an integrated supply system. But any of the most streamlined system sometimes fails, so you have to switch to the so-called “manual control mode”. At any time of the day we are calling, agreeing, specifying, in general, we are doing everything to fulfill our tasks. Therefore, at the cosmodrome, I and my colleagues are content with sleep on the 4-5 hours, no more. But this all goes into the background when I remember the first launch. ”

Not many residents of our country had a chance to see the first launch of the launch vehicle from the Vostochny space center, which took place on 28 on April 2016, in person.

"All impressions and emotions can be described in one word - delight. This historic event I observed a few kilometers from the launch pad. The heart froze - all the same the contribution of builders to this success is invaluable. All my relatives and friends knew that I was in the East. Congratulated me, they called from Abkhazia. Probably, for me this is the peak of my life's path: from a boy who was born in warm Abkhazia to a builder of strategically important facilities for our big country. "

On April 28, 2016, Jumber Mushnovich Eshba was awarded the medal "For Merit in the Construction of the Cosmodrome" for his conscientious attitude to solving problems and conscientious work.


Back to the special project "Heroes of the Eastern Cosmodrome"
Tags: Cosmodrome Vostochny Priamure Spetsstroy 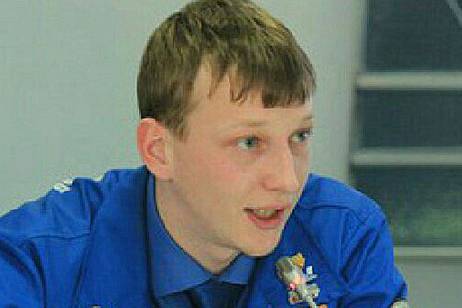