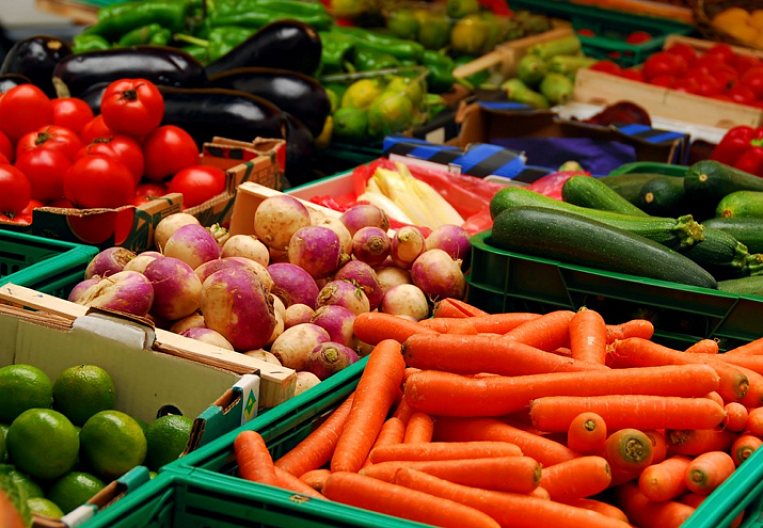 The population of the Sakhalin region calmly received the news about the restriction of the supply of certain types of goods from abroad. Perhaps this manifested insular mentality. People have been living for decades in an environment where a protracted storm can at any moment completely stop the supply of food. In this situation, the threat of disappearance from the shops of certain types of delicacies did not frighten anyone. Quite the contrary ...

- Restrictions on the supply of products to Russia from countries that have joined the sanctions against our country are an opportunity for domestic producers to increase the production of agricultural products, expand their presence in the food market, says EastRussia Acting Minister of Agriculture, Trade and Food of the Sakhalin Region Inna Pavlenko. - Therefore, today we are primarily aimed at involving unused lands in the economic turnover, reconstruction and construction of vegetable stores, greenhouse and livestock complexes, replacing the agricultural machinery fleet. We believe that the most promising are the construction of closed-cycle production complexes, accelerated implementation of investment projects with minimal payback periods.

Because of the island situation of the Sakhalin region, they have long been paying great attention to providing the population with local food. However, this task is not simple. Even the southern part of Sakhalin, which is most favorable in terms of natural and climatic conditions, belongs to the territories of risky farming. And on the Kuril Islands productive agriculture is something of a science fiction. Nevertheless, the work on the development of crop production, started back in the Soviet times, has borne fruit.

Today, local agriculture almost completely provides the population with potatoes of its own production. With vegetables, the situation is worse, the level of security of local products is 68,5 percent. However, this share should gradually increase: in the spring of this year, the investment project for the construction of a greenhouse complex in the Tomarinsky District was released: after the construction of a vegetable storehouse and a vegetable canning factory, the enterprise will be able to produce up to 700 tons of vegetables per year.

Another modern greenhouse complex is being built within the boundaries of the regional center of Yuzhno-Sakhalinsk (commissioning is planned for 2017 year). Simultaneously, the construction of vegetable storage facilities in five agricultural enterprises with a total capacity of 11,6 thousand tons was started, mainly in the southern part of Sakhalin Island, where natural and climatic conditions are most favorable for agriculture.

With nothing at all, there is an egg problem: a local poultry farm completely closes the needs of the region's residents in a chicken egg.

But, for example, the situation with milk is not easy. Sakhalin producers provide just over a quarter of the population's needs. The share of local milk producers will grow if the project for the creation of three livestock breeding complexes for 1600 heads of cattle is successfully developed. The beginning of their construction is scheduled for 2014-2016 years. In the meantime, the farms are gradually bringing in cattle to renew the blood of the local herd and increase its productivity.

It is even more difficult with meat and meat products, here the indicator of own production is less than nine percent. Local authorities are betting on investment projects for pigs and broiler poultry in the hope that their launch will correct the balance. So, in October, breeding animals began to settle in a new pig-breeding complex in the village of Taranay. It is designed for 12 thousand heads. Next year, the second stage of the complex for 50 thousand heads will be launched. The design of broiler production at the Ostrovnaya poultry farm has begun. When these projects reach their full capacity, the provision of the region with meat products should increase by 15 percent.

The conclusion from the listed parameters: the Sakhalin Region is not able to completely dispense with imported products. Without food imports - including.

- It is worth noting that the Sakhalin Oblast traditionally is not a region of direct supplies of products that have fallen under the embargo. Only about one percent of the value of all imports of the region falls on all imported food products and agricultural raw materials, including from countries such as Uruguay, the Republic of Korea, Japan, and China. During the period from 2012 to August 2014, about 580 tons of agricultural products from countries affected by the embargo: the USA, Lithuania, Poland, Belgium, Australia were imported to Sakhalin, - says Deputy Head of Sakhalin Customs for Economic Activity Elena Terekh. - After the introduction of restrictions, significant changes occurred only for selected food products from a number of countries. So, more than doubled the import of butter from Uruguay, vegetables from Japan, fruits from Thailand and the Philippines.

At the same time, Elena Terekh noted that the introduction of prohibitive measures for the Sakhalin region had a greater impact not on imports but on exports.

- In 2014, compared with the previous year, there was a significant decline in exports of Sakhalin aquatic and biological resources. According to the results of foreign economic activity of the Sakhalin region for the 11 months, the supply of fish and seafood decreased by almost two times (11 months 2013 - 156 thousand tons, 11 months 2014 g - 80 thousand tons). Basically, this trend is associated with the introduction of a ban on the import of agricultural products, and therefore a considerable part of its own raw materials was directed to the domestic market.

Speaking about fish, it is worth noting that the salmon path in principle was issued for Far Eastern fishermen not the most successful.

- 2014 year - non-fish, - says the head of the regional fishery agency Pavel Kolotushkin. - Therefore, we did not expect a record catch of pink salmon and chum salmon. However, in the end they caught a little less than in the same non-fish 2012 year. At the same time, according to our information, practically all the red fish that our fishermen have mined are sold on the domestic market of our country.

In the Sakhalin region for a long time have understood, that interests of development of economy, maintenance of food safety demand to increase salmon catches. And this result was achieved. Another 10-15 years ago, the annual catch of 50 thousand tons of salmon for the entire Sakhalin region was considered good. But in recent years, this indicator in successful "fish" years reaches 190 thousand tons. This increase was due to the creation of a system of artificial reproduction of valuable fish. Today, the islands operate 41 salmon hatchery. They annually produce more than 800 million pieces of pink salmon and chum salmon. Growing up in the ocean salmon returns to the river, from where it was released. As a result of the activities of hatcheries, an additional tens of thousands of tons of fish are caught annually.

And here is how to order, in spite of the restrictions on the food market, last fall on the Kuril island Iturup earned two new hatcheries at once. Their capacity is more than 40 million chum salmon juveniles produced. So the Sakhalin fishermen will not remain without work and catches, and Russian consumers - without red fish.