Leave all the fish in Russia? 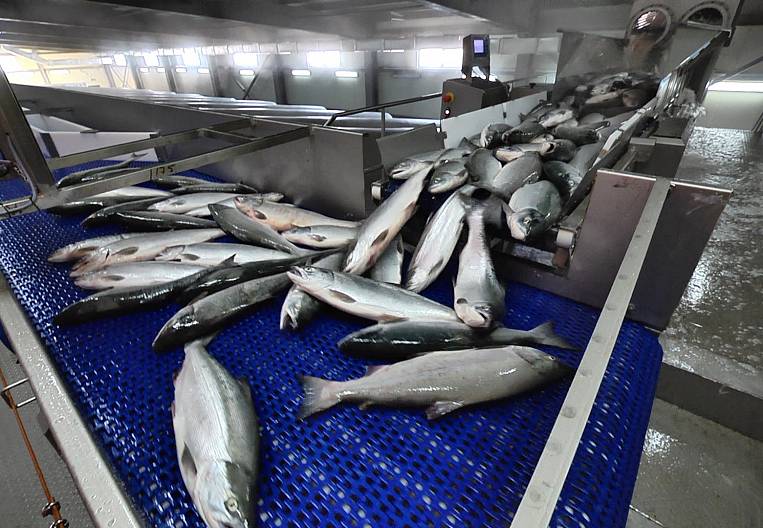 We talk about the prospects of the fishing industry in the new economic realities with the deputy of the Legislative Assembly of the Kamchatka Territory, the president of the Association of Fisheries Enterprises of the Ozernovsk Region, the general director of Ozernovskiy RKZ No. 55 OJSC Sergey Barabanov.

- Sergey Anatolyevich, what niche will be freed on the Russian market after restricting the import of foreign salmon products? Are the Far Eastern fishermen ready to fill it with their products?

- About 150-200 thousand tons of imported salmon were supplied to Russia. If we take the quantity, then our fishermen are able to supply such a volume of fish to the domestic market. Another issue is quality. The Norwegians supplied us with salmon. And this is an expensive product. Of all the salmon that are harvested in the Far East, only sockeye salmon can compete with it in quality. The production of finished products from sockeye salmon in Kamchatka is about 20 thousand tons. So we will hardly be able to offer an equivalent substitute for imports.

But this does not mean that the Russian market needs only salmon. All kinds of salmon are in demand here. And our fishermen are ready to satisfy this demand completely, even in spite of the weak results of the current season.

- Why did the Norwegian salmon originally occupy such an important place in the Russian market? Why import substitution with Russian products did not happen earlier? Or our fishers the domestic market is not at all interesting?

- There was a time when Russian fishermen found it very difficult to break into their market. Domestic retail chains offered a good price for foreign products, and wanted to buy our fish cheaply. It was at that time that the Norwegian manufacturers launched a large-scale advertising campaign to promote their products and the salmon began to win the counters of domestic stores.

But to say that Russian fishermen have left the domestic market at the mercy of foreigners, and send their products only abroad, unfairly. A significant proportion of sockeye indeed goes to other countries. Recently, the overseas market (China, even the United States) has shown interest in our pink salmon. Nevertheless, the main part of the caught fish remains in Russia.

For example, my company sells to the domestic market all pink salmon, ketu, coho salmon, all bottom-food fish species obtained in the coastal zone. Therefore, the volume of exports is commensurate with the volume of supplies to the domestic market. Approximately the same ratio is with other Kamchatka enterprises that fish salmon and coastal fishing.

Can we leave all the fish in Russia? It makes no sense. The domestic market will not be able to consume such a volume.

In one of the previous record Putin's Far East companies put on the domestic market an order of 240 thousand tonnes of salmon. And they could not sell all this quantity, although the price fell to a very low level. Already in the next way, we had to recycle the remains of last year's catch and make canned food from them.

- Nobody argues that domestic wild fish is better than artificially grown, brought from abroad. But still, imported fish has its own consumer, which attracts including the presentation of this product. Our fish does not look so attractive on the counter.

- We and our foreign colleagues extract fish in different conditions. If the salmon is grown in a cage farm, it is easy to get it, without damaging it, carefully trim it, and pack it.

Getting wild fish is much more difficult. We have to withdraw and prepare for sale several thousand tons in difficult, extreme conditions in a short period.

To prevent this from affecting the presentation of products, enterprises have to incur additional costs: hire more workers, install additional cutting lines. Over the past few years, Far Eastern companies have invested heavily in the modernization of production, which has improved the quality of our fish products. For example, due to shock freezing, fish after defrosting looks almost like fresh.

- Now in Russian stores there is an increase in prices for salmon products. Some "analysts" claim that fish companies are guilty, which speculate on the current economic situation.

- As for the growth of retail prices, this is not a question for fishermen, but for retail chains. Take, for example, pink salmon. Now our wholesale price in Vladivostok for this fish is 100 rubles per kg. But why the price of pink salmon in Moscow stores reaches 175 rubles, I can not say. Because the retail price is not dictated by fishing companies.

- Why do you sell pink salmon for 100 rubles, because in recent years, its price averaged 50 rubles?

- Such a price for pink salmon was in the record year, when the catch amounted to more than 300 thousand tons. In recent years, the price is not much different from the level of this year. For example, in the spring, pink salmon 2013 was offered for 120 rubles.

This year we were preparing for the way out, based on the forecasts that the branch science gave. The appropriate amount of supplies, fuel, containers, overalls was purchased, workers were hired. But science was wrong. Fish approaches were significantly less than expected. So, in the Ozernov region by the middle of August of the recommended volume - 29.388 tons - only 17.535 tons (59 percent) were caught. Including, only 6 percent of pink salmon (336 tons from 5.556 tons).

For erroneous forecasts, fish companies must pay themselves. Losses that have arisen in the preparation for the way, no one compensates us. This issue is especially acute when it comes to loans. We have to look for ways to compensate for our expenses. Although, however much fishers would like to cover losses, they do not have the opportunity to sell their products at prices higher than market prices.

We sell some kinds of fish products at cost price. But the cost price also grows constantly due to rising prices for fuel, freight of transport ships. At the same time, the profitability of our enterprise for seven years has not changed. By the way, we sell herring and squid even below their cost price.

- Many of your colleagues expect that due to the restriction of fish imports, the state will pay more attention to the domestic fish industry, remove administrative barriers. Do you share these hopes?

- Yes. Today, the fishing industry is controlled by the order of 32 agencies. And the industry itself operates within the framework of 511 various permits. When control is redundant, there can be no economic development.

A lot has been said about the administrative barriers in fisheries. We ask only to give us the opportunity to work normally, earn and benefit the state, ensuring food security. I am sure that in the new economic conditions the fishing industry has got a chance to solve many problems.

What is the price for salmon products:

- the cost of extraction and processing,

- freight of a transport vessel for the delivery of fish from the fishing area (6 - 8 thousand rubles per tonne),

- storage on the refrigerator, until there are free reflexions for the delivery of fish to central Russia,

At the same time, freight and railway services during the summer season greatly increase, and the owners of refrigerators include "progressives" (the cost of storage increases while the production is in the warehouse). All this in the end form the final price for the end user.