Stay in the "zone" and not go "to the mainland" 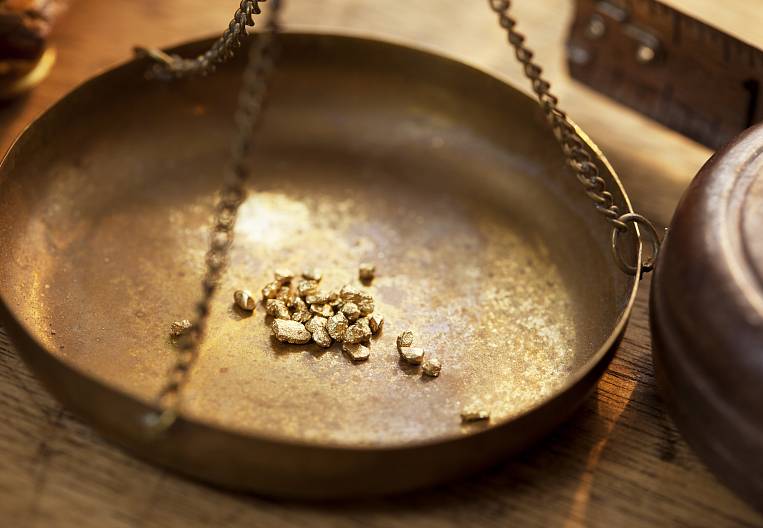 In 2014, the Magadan Region loses the status of a special economic zone: the validity period of official documents expires, according to which enterprises participating in the SEZ were exempted from paying part of federal taxes and customs duties, as well as from income tax. And this is, perhaps, the only case in the history of Kolyma when the most distant from the center of the Russian region (the object of constant jokes on the "camp" theme) will strive to "stay in the zone" and not "free and leave for the mainland."

Magadan region such "liberation" can bring more problems than good. Therefore, proposals are currently being considered to extend the period of the SEZ in the region. This position was supported by the head of the Ministry of Eastern and Eastern Development Alexander Galushka, who has already stated that, most likely, the free economic zone in the Magadan region will continue. During his visit to the region, Mr. Galushka especially stressed that attention should be focused on the implementation of specific investment projects that would create new jobs, provide additional tax revenues and reduce the outflow of people from the region.

The fact that the regime of benefits and preferences will be preserved is also expected by large investors who are doing business in the region. For example, a cooperation agreement was recently concluded between JSC RusHydro, JSC PolyusZoloto and the administration of the Magadan region. According to experts, it is capable of providing a new inflow of investments to the region, since it is aimed at implementing several large investment projects at once and will contribute to the development of transport and energy infrastructure.

For RusHydro, the main investment project in the region is the construction of the Ust-Srednekanskaya HPP on the Kolyma River (where the Kolyma HPP also operates). To bring the station to full capacity is planned in 2018 year. RusHydro is interested in creating a large consumer for new capacity. One of them will be an industrial complex for the production of liquefied hydrogen. The first joint steps for the construction of hydrogen production are already being made by RusHydro OJSC RAO Energy Systems of the East and the Japanese company Kawasaki Heavy Industries Ltd.

PolyusZoloto is the second largest consumer. The main interest for the company is the Natalka field in the Tenkinsky district of the region. This is one of the largest undeveloped gold deposits and is a key development project for the company. On its basis, the Magadan business unit PolyusZolota, OJSC Matrosov Mine, is building a mining and processing plant. The new hydroelectric power station will be the source of electricity for the project.

The implementation of the agreement will have a positive effect on the socio-economic situation in the Magadan region through the creation of new jobs and the development of infrastructure. It is extremely important for the northern region to resolve the issue of energy security. The development of hydropower in the region contributes to the creation of new industries that will be able to move the entire mining industry forward.

For the Magadan Region, solving social problems is one of the most urgent tasks. Typical for the regions of the Far East, the complexity is exacerbated by an extremely harsh climate and a very poorly developed transport network. It is not by chance that residents sometimes call their land "an island": it is difficult to get to it from the "mainland" - there is no railway, the air service is expensive and because of its comfort leaves much to be desired. An alarming trend was that in recent years not only young and ambitious people have been striving to leave the region forever, but also the older generation, seemingly "stuck to the place" - experienced workers who could be of great assistance in training their successors in production . A large migration outflow of the population increases, thus, the social investment risks associated with the shortage of cadres: to replace the professionals come "unskilled laborers" of low skill and poorly motivated to work in the conditions of the region. It turns out to be a vicious circle: people leave, because they do not believe in loud promises about new projects, and realization of ambitious development plans is impossible without qualified local staff.

To ensure that residents do not aspire at the first opportunity to leave the region, serious and effective incentives are needed. These include improving social conditions, ensuring transport accessibility, creating a developed infrastructure, and benefits for workers and their families, and tax advantages. Only in a complex all this can suspend or at least reduce the continuing outflow of the able-bodied population from the region. That is why the administration of the Magadan region is currently actively seeking to extend the regime of the SEZ and is ready to provide investors with all the necessary conditions for the implementation of major long-term projects.

There are already reasons for cautious optimism. According to Expert magazine, in 2013, the volume of investments in the regional economy grew by almost half compared to last year, and the lowest investment risk was legislative, directly dependent on the authorities. Simply put, potential investors are now, according to expert data, quite confident in the regional administration and ready to cooperate with it.
Tags: Magadan region SEZ Kolyma Alexander Galushka investment projects regime of privileges and preferences RusHydro OJSC Polyus Gold Ust-Srednekanskaya HPP liquefied hydrogen production complex