Sakhalin Region 16:30 The second vessel for Sakhalin and the Kuriles was launched
Sakhalin Region 15:44 More than 3 thousand cases of COVID-19 recorded in Sakhalin
Khabarovsk Krai 15:12 Degtyarev announced the requests of Khabarovsk residents to stop rallies
Sakhalin Region 14:28 New criminal case brought against the arrested head of the OPFR in Sakhalin
Amur Region 13:46 The number of patients with coronavirus increased by 21 in the Amur region


Amur Region 10:28 A sensory room according to the national project was equipped in a kindergarten in the Amur region
Chukotka 10:16 The list of vacancies with a salary of 100 thousand rubles was made in Chukotka
The Republic of Buryatia 10:07 The ban on being in the forests was extended in the capital of Buryatia
Sakhalin Region 09:43 Japanese Foreign Ministry outraged by the presence of the head of the Ministry of Emergencies in the Kuril Islands
Trans-Baikal Territory 09:39 Emergency warning announced by the Ministry of Emergencies in Transbaikalia


09:00 One of the banks has reduced the rate on "DV-mortgage"
Primorsky Krai 08:46 Rospotrebnadzor: COVID-19 situation in Primorye remains tense
More news
Media News2 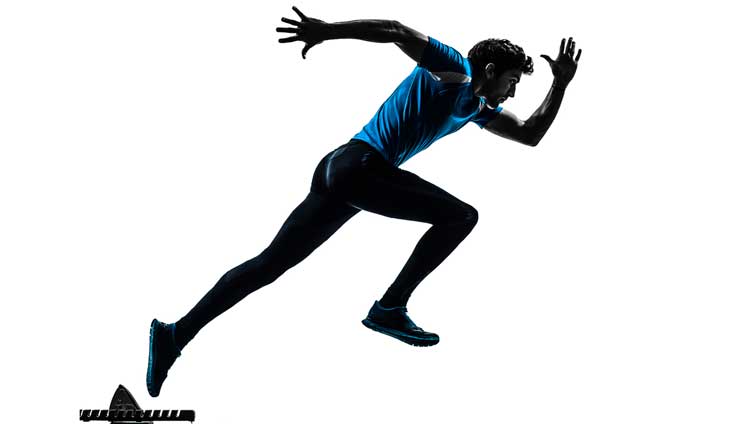 Special project TORA and Free Port
Since the beginning of February, at the federal level, the discussion of the prospects for the creation of territories for advanced development in the east of the country (more precisely, in the Far East and Eastern Siberia) was again intensified. What will be the territories of advanced development (TOP) and what results will they be able to provide?

Clear answers to these questions yet. From the List of instructions of the President of the Russian Federation on the implementation of the Address to the Federal Assembly (this list was signed 27 December last year) it follows that in the territories of advanced development investors should receive support in three directions:

- the necessary infrastructure must be created.

It is also known that the territories of advanced development will be regulated by a separate federal law, which was prepared by the Ministry of Economic Development of Russia and which is currently being coordinated in federal ministries.

What in these proposals is positive, but what is alarming?

In our opinion, it is positive that we are talking about the combination of all the main directions of state support for investors (and not only separately on tax breaks or separately on the development of infrastructure). If you look at the survey of entrepreneurs on the investment climate of Russian regions and the country as a whole, then, in fact, administrative barriers and lack of infrastructure are often mentioned as such problems. And tax incentives are a completely understandable way to further increase the investment attractiveness of the eastern regions, reducing investor payments. The positive experience already existing in Russia of attracting investors and federal authorities (in the industrial-production SEZ), and regional authorities (for example, often mentioned recently in the Kaluga region) shows the same. The success of attracting investors is based on the same "three pillars": financial support for investors, infrastructure equipped with land, reducing administrative barriers.

There are still many more questions on advanced development areas.

The first is why it is necessary to return to the issue of granting tax benefits to investors in the eastern regions of the country literally in a few months after the already adopted decision on tax benefits, which should have been earned only since 1 January of this year and it is too early to estimate. This is not only the extension of the law to the Krasnoyarsk Territory and Khakassia, but also the expansion of tax benefits, and the experience of neighboring countries in setting the tax burden on investors has long been known. Only one thing proves a logical explanation - regional and municipal authorities have not shown much activity in supplementing federal benefits with privileges on regional property and local land taxes, and now the federal authorities want to guarantee these benefits in federal legislation.

The second is how quickly a concrete decision will be made on the territories of advanced development and how quickly it will really work.

Most likely, not earlier than 2015 of the year. For example, the instruction of the President of the Russian Federation states that the criteria for assigning individual territories of constituent entities of the Russian Federation in the east of the country to priority development areas and the list of such territories should be determined by July 2014. Amendments to the legislation related to the implementation of these measures to support investors - by November. The current level of interest of the federal authorities to the development of the Far East and Eastern Siberia does not give reason to doubt that the idea of ​​advanced development territories will not be realized. Nevertheless, it is worth remembering that the idea is generally not new. If we open the so-called Strategy-2020 four years ago (more precisely, the Concept of the long-term socio-economic development of the Russian Federation for the period up to 2020 year, approved by the federal government in November 2008 of the year), then we will see the text of the advanced development zones in the regions. Such zones were also sought when developing strategies for the socioeconomic development of federal districts, including The Far East and the Baikal region until 2025 (approved by government decree in December 2009). In this strategy, you can look at the very specific areas of territorial development identified by the subjects of the Federation. True, the status of these zones remained incomprehensible.

And in Russia there are technology parks in the field of high technologies, the federal program for the creation of which (more precisely, its first version) appeared in March 2006. It is still valid and has not lost its relevance of the federal law 1999 of the Russian Science City. Without going into details, these are all territories where special measures of federal support are provided for their development. The principal difference between special economic zones is that the federal legislation explicitly stipulates tax privileges for investors, budget investments in infrastructure development, management features, and some measures to reduce administrative barriers. And all this is somehow implemented in practice. All other solutions, especially in areas of territorial development, turned out to be either not so well developed, or do not imply a comprehensive solution to the problems of investors.

It is possible that the special economic zones are not as effective as one would like (officials of the Ministry of Finance of Russia expressed their opinion on the insufficient effectiveness of the SEZ). But this is the best tool of investment policy for today, connected with the support of investors in specially designated territories. So is it worth reinventing another copy of the SEZ, perhaps again not the best? Maybe it's better to improve what still works somehow, having understood the shortcomings and problems? It should be recalled that the legislation on SEZ does not exclude the possibility of introducing different taxation conditions for SEZs in different regions (there is already a precedent for larger tax benefits in the tourist cluster called in the North Caucasus compared to other tourist-recreational SEZs).

So, it seems to us, it would be wiser to first understand why it was not possible to create special economic zones in the eastern regions of the country (or try to create them there), but only then to talk about the need for a new federal law. Indeed, to date, on the basis of the federal law on SEZ in the Far Eastern and East Siberian regions, not one industrial-production or technology-innovative zone has been established. The reason for this is that initially it was decided to create SEZs where there are the best conditions for their development. It is clear that the eastern regions lost in the competition for the right to create SEZs to the western regions of the country (the only exception is the technical and innovative SEZ in Tomsk, but it's still Western Siberia, not the East). We lost because of well-known problems: there are no large sales markets, there are problems with the infrastructure, etc. But since the state is tasked with raising the Far East and Eastern Siberia, there are no formal obstacles to the creation of the SEZ in these regions.

Prospects for development, of course, exist in all the regions of the Federation, although, of course, in different eastern regions there are different objective factors of investment attractiveness. The greatest potential for creating industrial-industrial and technical-innovative SEZs in the Far East is in the Primorsky and Khabarovsk territories, which have the most successful economic and geographical position (relatively southern and coastal), increased by the standards of the eastern regions, and relatively large cities. It is not by chance that at the beginning of the 1990s, when a free economic zone was created in Nakhodka, it was planned to implement a number of investment projects, including joint projects with foreign investors. Another thing is that the Russian side very quickly stopped the development of the free economic zone, and the main part of the plans was not implemented.

Already, the authorities of different regions are voicing proposals on the territories of priority development. For example, in the Khabarovsk Territory, proposals for 24 sites were prepared, in the Primorye Territory - for 12, in the Sakhalin region - for 5, etc.

However, it is unlikely that all requests for federal budget investments in infrastructure will be satisfied at once, and without these investments, the creation of TOR is meaningless. Therefore, it is obvious that the federal authorities will face a very difficult task of selecting priority development areas for support. And it is very important that this selection passes on the basis of a thorough and competent assessment of the prospects for the development of each TOR, without any pressure from political factors. In this regard, it is appropriate to recall the Investment Fund of the Russian Federation, which was actually created for federal financing of infrastructure in the framework of large investment projects of individual companies. In the end, the selection of projects for financing from the Investment Fund ceased, since it became clear that it was not possible to carry out a qualitative selection of projects. Now, analogs of the Investfund projects are offered as potential TOR, for example, in the Trans-Baikal and Krasnoyarsk Territories (in Krasnokamensk for projects of ARMZ Uranium Holding and in Taimyr for projects of Norilsk Nickel).

In conclusion, we will raise another difficult issue related to the creation of territories for advanced development and, in general, economic growth in the eastern regions of the country - this is the question of attracting labor resources to the region. The federal authorities speak about this problem, including the idea of ​​attracting released workers from single-industry towns. However, we must remember that economic growth in the Russian regions has, alas, the reverse side of the coin-the rapid growth of house prices, and, in general, the discrepancy between the wages of the majority of citizens and the prevailing level of housing prices. It is clear that this problem is well known to the federal authorities, but only while the boom of housing construction is not visible.

Thus, there are still more questions on the territories of advanced development in the Far East than answers. I would like to hope that in the end, the federal authorities will take the best possible and really workable solution.
Tags: SEZ TOP Yuri Trutnev Alexander Galushka