"A huge aspiration is what unites us"

The executive director of the Amur branch of the RSBI, the head of the regional federation of kickboxing, the master of sports - all this Amurman Maxim Umrikhin achieved over the last 10 years. Starting to seriously engage in kickboxing only in his student years, he proved that there are no age restrictions for the sport. Today Maxim Umrikhin himself brings up the winners. His son in his six years was awarded the title of World Champion. The father achieved this only in 23 year. For the project "Unsuccessful" Maxim spoke about how to become the best of the best in the conditions of the Far Eastern realities. 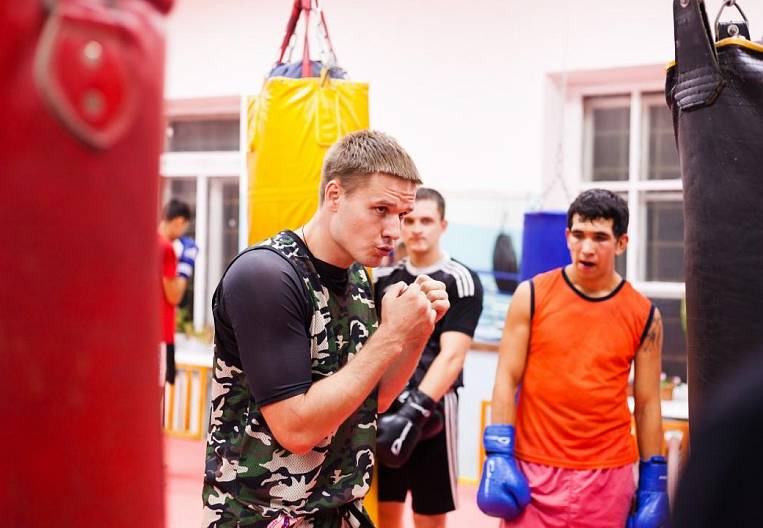 Photo: courtesy of Maxim Umrikhin
Special project # Unsuccessful - project about people who stayed
CHALLENGES COMBAT
"I myself am an icon-bearer, grew up in this city, and in any case, no matter what, I will live here. Regardless of the changing world and economic situations. This is my homeland. She brought up in me everything that I am proud of today. All my successes and achievements came here. And I bring up my children with love to my native land. In our city, and in general in the Amur region, there is a favorable ground for the development of martial arts. Affects proximity to Asia. But the main thing is people.

Far East special. This is a special cast of character, spirit. In the west of the country is a completely different approach, another financing. Paradoxically, when more difficult obstacles have to be overcome, people more often achieve high results.

Dozens of world sports celebrities live in the Amur region, Umrikhin notes. There are Amur talents in almost all sports. But, unfortunately, in their small homeland, their achievements are not always appreciated.

- It happens that you will come to another country, and there are fans of a local sportsman, who here may not even be as famous as abroad. And takes pride. And at the same time, offense. Here it is, the champion is walking along the same streets with us, but here he is not allowed to further develop. And many are disappointed and leave. There they are loved, valued, provided with all the conditions, here we are just beginning to approach this. It is very important for the athlete to move on, not to sit still, and if this is not - he withers or finds opportunities elsewhere. We are still successfully developing our direction (kickboxing), giving our children the opportunity to go forward.

Attitude to martial arts in the Amur region is positive. Everything went with karate at the beginning of 2000. Kyokushinkai Corporation has prepared fertile ground for others. She laid the foundation and gave impetus to development in related fields. Out of this organization came out well-known in the region athletes, politicians, businessmen.

“It is much more difficult to achieve results here than in other regions. And it spurs something. Even today in the city there is an acute problem with gyms. People adapt to any conditions. And here the person is important - the coach. He invests his soul in the development of his hall. So that the child understands that he is not a stranger, but part of this team. Among my acquaintances, the Amur champions, who achieved great results, the main thing that they had at the start was desire. A great desire is what unites us. There are guys who literally from four walls and one bag came out to honored masters of sports and an international level. The main stuffing is the coach and your own desire. The desire to achieve. Difficulties - they temper the character. In our land, somehow everything came together at once.

In recent years, local residents have been actively using the advantages of the territorial location of the Amur region, the athlete said. The Far East is surrounded by the birthplace of martial arts. This is Japan, China, Korea. Constantly exchange of experience, the merging of cultures. And the same kickboxing appeared at the junction of two disciplines - boxing and karate.

- The political component is also important. Previously, we were closed internationally. Today there is support from the country's leadership. It became easier for us to establish contacts with foreign martial arts schools. Very great interest began to manifest in neighboring China. They are fans of martial arts such as kickboxing, K-1, freestyle wrestling, mixed styles. I, as a representative of the RSBI, regularly receive invitations. For about three years I have been witnessing such an upsurge of interest on the part of foreigners. Our athletes want to see at international competitions of different levels: from amateur and commercial to professional. Our coaches are very much in demand there, especially "playing" coaches. Without work, we do not sit. I think for at least five years this trend will continue, and there they will already reach a high level. This feature of the Chinese - they are all involved with the future. Quickly learn skills.

WAY TO SUCCESS
The desire to play sports with Maxim Umrikhin was always. I did not dream of becoming a champion. In the 90-ies came with a friend in the boxing hall. Something went wrong in the team, dropped it, then returned again. I replaced not one coach. In 13 years another professional sharply besieged the dreamy youth - "you are old" for great victories. Then it was accepted, after the 10-ti in the sport to go late. But he went, and in 16 years he got acquainted with kickboxing. And in 23 earned the title of world champion.

- It so happened that everything I have today is thanks to the sport. Be it work, career, people, life achievements. Sport introduced me to amazing people with whom I go through life for many years. Sport gave me faith in people. Sport and hard work gave me a basic component. With all of this, it’s not so important what your initial conditions will be: a modern gym or four walls with a floor mat - you will succeed anyway.

Sports people need as the basis for achievements in other areas, I'm sure Umrikhin. Why do you come into the hall - for titles or just for general physical development - it does not matter. It will not be superfluous to anyone. Students in his room not only attend training on schedule, but also participate in team games and family events on the basis of the club.


- The history of my championship began in 90-e almost on the outskirts of the city. In fact, we all then brought up the street. We were in a so-called risk group and were exposed to the negative influence of others. For a boy in a troubled area, where drugs and alcohol are around, it is important to have a decent person before your eyes. And such an example for me have become coaches. By the way, with the first coach we still maintain relations - now he works in our section. Previously, did not pay attention to the pedagogical component in sports. Someone looked at me wrong, said something, there was fear and I quit studying for a certain period. Now with each child we are trying to understand the reasons for leaving. Sometimes it's enough just to talk, to find out what's in his soul, and everything is normal. Sport remains in his life and gives good results. Equally important is the participation of parents: as the head of his club, I pay special attention to this. When parents leave without a reason, it makes me very uneasy. We always try to understand, the coaching staff solve the problem.

SECRETS OF THE VICTORY
Previously, the sport was free, but the halls could be counted on the fingers. Today, only in Blagoveshchensk, a selection of sections from dozens of different martial arts. But all this is commercialized. Incentives are completely different, the interlocutor notes.

- I myself was making my own way, I achieved results not only in the ring, but also engaged in organizing work. I was looking for information on how to get to the competition, to become a candidate for a master of sports. I ran personally with all the documents, called up with Moscow specialists, made out the necessary papers. I felt everything on my own skin.

Today, all conditions have been created for beginner athletes: it is enough to join the federation and you will receive full support. Events are regularly held, there are necessary platforms, agreements on participation in speeches of various levels. The members of the Kickboxing Federation of the Amur region today easily win the championships of the country, Europe and the world.

- I have people of all ages from children to pensioners, they come with their families. The main thing is the presence of desire. Many come simply to motivate themselves to achieve other goals. It’s good that today people learned to make money on it. Without leaving your home, you can get a program of classes, proper nutrition. Sport is the basis for self-realization in other areas. Pursuing his transformation, a person begins to have fun in the rest of his life. Sport is moving forward.

While doing sports it is important not to forget about the family, advises Maxim Umrikhin. Both parents should be involved in the upbringing of the child. You can not bring a child into the hall and wait for the coach to make him a good person. Additional education, in his opinion, is much more important than the general. Today you can get school skills and knowledge remotely via the Internet, and then just come and pass the exam.

- To convey the emotional component, to inspire as a coach, looking into your eyes - it is impossible to get it at a distance, - Umrikhin concludes.
Tags: Unconvicted Amur Region sport Far East 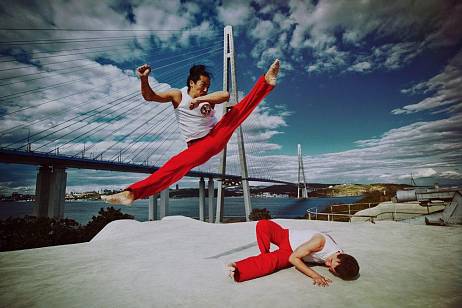