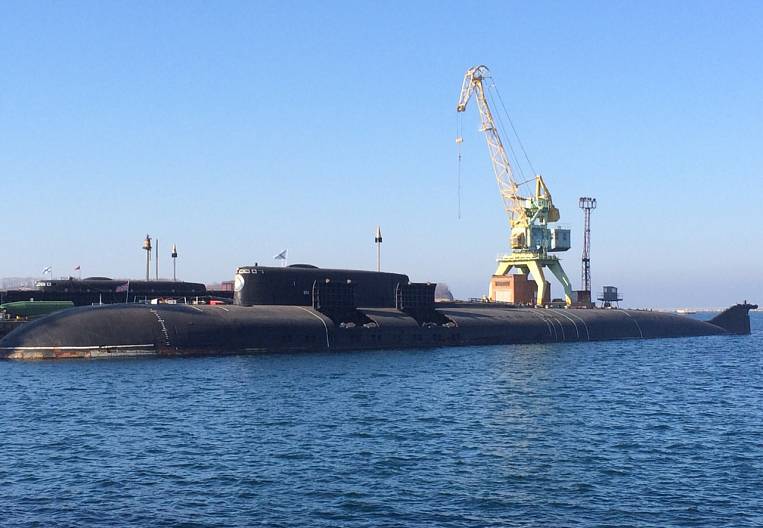 The largest shipyard Zvezda in Bolshoy Kamen is celebrating its 60th anniversary. On the eve of the round date, the general director of the enterprise, Yuri Filchenok, told the EastRussia correspondent about the construction of a shipbuilding complex on the basis of the plant, about the problem of personnel and about the changes with which the "Star" is entering its venerable age.

Sixty years ago, the plant began its work with the repair of small vessels. But with the growth in production, Zvezda annually introduced new buildings. At the end of the 1950-ies, the plant began to repair diesel-electric submarines and surface ships of the Pacific Fleet. Since that time, the main task of the "Star" was to maintain the combat readiness of the Pacific Fleet.

This year, the plant has undergone major changes. One of them is the inauguration of the new CEO, Yuri Filchenok. He was appointed by the board of shareholders of OJSC DCSS in March this year after the previous director Vladimir Averin was fired after a fire in September 2013 at the Tomsk nuclear submarine.

Now the plant is implementing a new large-scale project - the creation of a shipyard for large-capacity shipbuilding "Shipbuilding complex" Zvezda ". The project is the creation of a production cycle from scratch with the reconstruction of some capacities in the shipyard. Based on the results of implementation, the SS will produce ships with a displacement of up to 350 thousand tons, special vessels with a launch weight of up to 29 thousand tons, elements of offshore platforms and other types of marine equipment.

Yuri Filchenok told EastRussia that the SSC will be one of the largest similar enterprises in Russia. "To date, the construction of three head facilities of the first stage. Unfortunately, this summer there were some delays in financing, but these difficulties are successfully overcome thanks to government meetings taking place in the Far East, - he shared. - Existing graphics, to which it is necessary to build the first extended complex, will allow in 2016 - 2017. Start production of vessels that are necessary for Russian oil and gas companies. "

In addition, the plant is preparing to accept in the future for the repair of fourth-generation submarines that come into the Russian Navy. In connection with this, the enterprise is being modernized. Typically, such global work takes 5-10 years, but the dates are strictly regulated by the government, and you cannot back down from them.

According to the general director, the enterprise has already passed half of the way of modernization. "There is a purchase of separate equipment, construction of new sites and the formation of new specialties, including those related to digital technologies. Shipyards are preparing their capacities to fully meet the ships, when their repair period is suitable. Usually the submarines have 10-15 years ", - added Yuri Filchenok.

Downloading for 10 years and lack of staff

The general director and the plant's problems shared. He noted that the company is experiencing a shortage of highly qualified personnel, which can intensify with the launch of the SSC.

"Now there is a lot of work in the enterprise. If in previous years - in 1990, early 2000-ies - there was a problem of loading production workers and engineering personnel, now the task is completely different: we need to find qualified personnel, teach young people, provide the work that the Homeland is asking us ", - said Yuriy Filchenok. But at the same time, according to the CEO, "the layer of workers that 20 years ago was for 40 years is gradually being washed out, and they are replaced by a small number of people who, unfortunately, are slowly gaining a qualification."

Despite the Far Eastern Shipbuilding College functioning in the Big Stone, Yuri Filchenok calls the main problem that graduates of this educational institution go to the army, and, seeing favorable conditions of service under the contract, remain there instead of going to work at the factory. This issue has already been discussed with the Russian government. “We talked about the fact that graduates of specialized colleges should be sent to serve in brigades of ships under repair and under construction. But for now this is only at the discussion level, ”he said.

Nevertheless, on the basis of the college the training center "Stars" will soon begin to work. "We are modernizing what is in the college, and the training center at the shipyard will be built in a planned order, it will enter the first extended queue of the SSK," the general director said. "I hope that in the next three years it will already appear and will work in parallel with the system of state vocational education."

Perhaps, soon the problem of cadres will be decided by the replenishment of staff by specialists from Ukraine. As reported in August during a visit to the "Star" Deputy Prime Minister Dmitry Rogozin, from 1 January 2015 year will abolish the status of the ZATO Big Stone. This will allow citizens of Ukraine to work without hindrance to work at the plant. Now they can not work here until they get a Russian passport.

Salary at the plant is one of the highest in the industry. Yuri Filchenok said that the management of the "Star" hopes that the residents of Ukraine will soon come to work here. "We are interested in all specialists involved in shipbuilding and ship repair, and we hope that in 2015 we will be able to recruit a certain number of employees. We are doing the necessary requests on this part, we have quite serious centralization of these issues from the United Shipbuilding Corporation, but we are waiting for 1 January. While specialists from Ukraine we do not have, "- added the general director of" Stars ".

Despite the difficulties encountered by the enterprise from time to time, its leader looks to the future with optimism, because the plant is provided with orders for 10 years ahead.

"The maintenance by the Defense Ministry of the repair of warships of the Pacific Fleet as a whole has reached a fairly serious level. We annually increase the amount of financing for the repair of ships. Every year we increase the amount of work done, and this year, I hope, we will begin to close very important for us planned orders, "said Yuri Filchenok EastRussia. - It is joyful, because we see our perspectives and tasks set for the coming years. The plant has a glorious past and a worthy future. "