About S.I. Furgal Say a Word

The political battles in the fields of the Khabarovsk Territory died down. The overwhelming majority of the population has returned to "peaceful issues." But, as always, there were analysts and other visionaries of the future, who, at the times of “accurately”, predicted the victory of the former governor. PR people (local and non-local) who failed his election campaign also remained. Against the background of the upcoming elections to the Legislative Assembly, the margin of their voices is getting louder. Nothing personal. Only business. What misfortunes are prophesied by seers to the new head of the Khabarovsk Territory and its inhabitants? 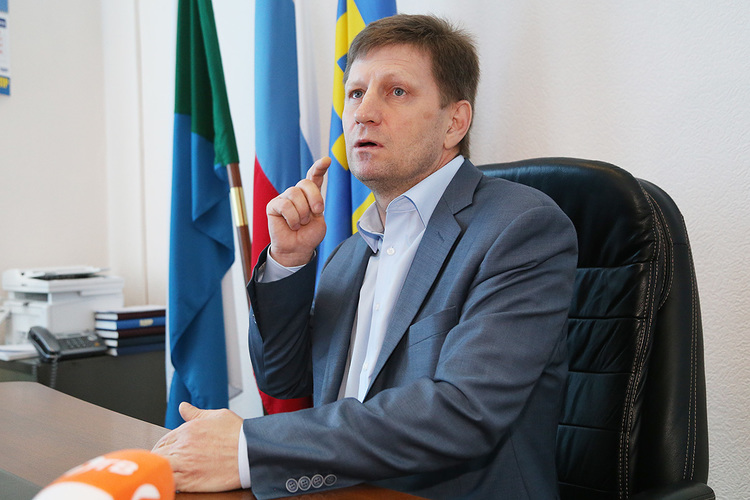 About S.I. Furgal Say a Word New conditions for new governors What can the Far East
All author's materials
The first is the “punishment” of obstinate voters by the “center”. Now we (they) will be cut off, taken away and “the capital will be transferred”. The second horror story is the edge on the eve of the "split" of the regional elite. Not today, then tomorrow, the entire region’s elite (it’s not quite clear who will) enter into a tough confrontation, destroying controllability on the territory, worsening the situation of the inhabitants.

On the other hand, there are no less loud cries "in support" of the current government. But it seems that this is the very case when you don't need enemies with friends. They expect a tense struggle with all the "legacy of the past", massive resignations in the bureaucratic environment, and offers of high positions to especially thirsty activists. Other innovations so necessary for the region. There is or was a vague hope of not active participants in political battles, but of a much wider circle of people for a significant improvement in the standard of living in the region, the emergence of new jobs, an increase in wages and other highs. Alas. All these expectations have little to do with reality.

Sergei Furgal will not come to the square, will not wave his wand, causing a snowfall of benefits to the territory entrusted to him. He does not have this wand. But there is another. Frankly speaking, the position of governor today is one of the most "firing" positions in the administrative structure. And the chosen governor did not particularly rush into this chair. But it so happened that they elected him. Elected in a situation close to critical. Huge debt of the regional budget. Moreover, the prospects for its sharp reduction is not visible. Tax revenues are less, because there are fewer working enterprises in the region. The social and transport infrastructure is not in the best condition. Tension on the coast is growing. The “city of presidential attention” is not particularly far behind. That is why there are very few chances that the governor will come to the square in the near future and wave a magic wand. Too not a simple inheritance he got. But he accepted this inheritance. Works in the proposed circumstances.

It should be noted that in these conditions (and others, alas, no) S.I. Furgal takes almost optimal steps. Reduced the number of officials, the budget expenditures on the maintenance of the government, excessive budget spending. It is not that there is something very bad in the presence of the administrative staff or a yacht, which is on the balance of the government. But this is all in other conditions. Today, for clothes, you have to stretch your legs. And for the population, these steps are more than understandable and approved. Despite many years of parliamentary experience, Furgal remains a business person in the first place, and only a third as a politician or official. In conditions when the golden rain from the federal budget becomes the rarest atmospheric phenomenon, it is a blessing. Furgal and comes from the fact that will have to cope with what is. This, by the way, is worth understanding for those who predict that “everything will be circumcised”. Firstly, there is nothing to trim. And before the giant investments went into some unknown heights. Secondly, in the extremely difficult conditions in which Russia finds itself today, the federal government is more important than social stability in the region, and not the presence of the “right” governor.

As for the "elite split", this is a very strange assumption. The regional elite with their own economy and their own interests existed in the 90s. Today there are only officials who are oriented towards one or another group of influence in the center. A split in the midst of regional officials is now possible only as a reflection of the split in their federal patrons. And here, too, the behavior of the new governor is extremely cautious. Most of the managers who were not involved in scandals who were doing their job remained in place. There is no conflict with the regional branch of United Russia. There is no conflict so much that other mouthpieces of public opinion begin to accuse the governor of “treason”. But before you start blaming, you should think about whether there is a long "bench" in the region? And not those who want, but those who know how to do something, know how to manage. Unfortunately, our bench is not just short. Somewhere she is not at all. The work is built with what is.

Therefore, in fact, it is present in all, yet not very numerous speeches of the new governor's call: guys, everything is very, very not easy in the province! Neither the federal budget, nor even the landing of aliens from Mars will save us. Everyone who knows how to work, let's work, earn, somehow improve our life. Salvation of drowning people is the work of drowning people themselves.

In the very recent past, the main (and sometimes the only) positive quality of an official was loyalty. For their “correct” behavior and “correct” political orientation, the higher-ranking comrades wrote off losses, added funding, awarded and promoted. Today this period ends. The super-profits that can compensate for inept management are becoming less and less. It is more and more clear that in the very near future, those who have the correct position “for” and even those who have a loud position “against” will be on the horse. On horseback will be leaders who know how to manage. Do not administer, but “solve problems”, negotiate, save, earn.

Of course, there are still many “loyal” managers in the ranks who have no other merits. It is they who sense the threat. Not even from the new governor, but from new, incomprehensible times. That is why they shout about the "split of the elites", trying with all their might to turn the conversation into the usual genre of a kitchen scandal. I am glad that this cry finds fewer and fewer ears on duty.

Yes, the miracle will not happen. Miracles are somehow out of season lately. But the disaster, the inevitability of which has been said so much, I want to believe, will not happen. For this, in fact, it is worth discarding everything that divides us. It is worth remembering that "the Far East is the territory of consent", and ... work. It should be without haste, but without delay, step by step to make our life here and now better, more comfortable, happier. I want very much to hope that the new governor will be the leader around whom people can unite, for whom our region is not a “watch”, but a house.
Tags: policy staff Khabarovsk Krai