On the berths, say the word 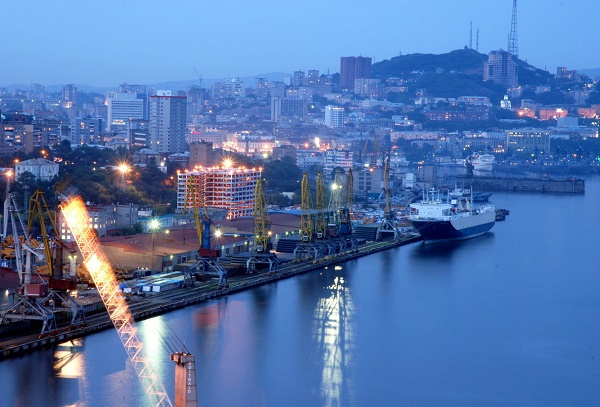 In the port, to the position of which almost all the Far Eastern regions have taken the position, we are sure that the increased rent will inevitably lead to higher prices for fish products and will not allow port workers to implement investment projects. However, experts say: fears are in vain and urge commercial structures not to impose state tasks on themselves.

The Fifth Arbitration Court of Appeal, after two years of litigation, confirmed the legality of the decision of the Arbitration Court of the Primorsky Territory, which in November last year did not satisfy the claim of the Vladivostok Sea Fishing Port (VMRP) against FSUE Natsrybresurs, considering the claim unreasonable. In its statement of claim, VMRP demanded to oblige the state-owned enterprise to conclude a lease with it on the terms proposed by the company.

The largest tenant of the quay walls in the Far East, VMRP, filed a lawsuit against Natsrybresurs back in February last year. The plaintiff demanded “to settle the disagreements that arose when concluding a lease agreement for federal real estate, enshrined in the right of economic management, concluded in accordance with paragraph 11 of Art. 31 FZ of November 8, 2007 and the acceptance of the agreement in the version of the plaintiff - in the version of the protocol of disagreements with the changes. " The company explained to the court that it was asking to eliminate the differences and accept the wording of the contract. The disagreements, first of all, concerned the amount of the monthly payment. VMRP insisted on the amount of 33 million 668 thousand 956 rubles, calling it "quite acceptable." The plaintiff was unable to explain to the court where the figure came from and how this money can cover major repairs (provided for by the lease agreement).

Note that the lease terms for hydraulic structures (GTS) leased by VSRP in the 1990s ended in 2011. After assessing the efficiency of the operation of the berths leased by VMRP, as well as their technical condition, the FSUE proposed to extend the lease on terms stipulating the market rental rate, as well as to carry out the appropriate repairs of the GTS leased from Natsrybresurs. However, the VMRP refused to accept the new lease terms and decided to insist on their own through the courts.

During the proceedings, representatives of the National Fishery Resource appealed to the fact that today, when, under the conditions of sanctions, the state faces the global task of organizing the process of import substitution of food, the berths of fishing ports are becoming a serious link in the construction of a transport and logistics chain for the supply of fish products inland.

At the trial, representatives of the state-owned enterprise repeatedly emphasized that the mooring fund had not been properly repaired practically since the construction in the 1970s-80s of the last century, and therefore the FSUE was forced to seek new forms of interaction with the tenants of the GTS transferred to the National Rybresurs in 2008. Including increasing the rental value or looking for new tenants.

“” Natsrybresurs ”proposes to replace the fixed rental rate with payment for the provision of berths, tied to the cargo turnover. Moreover, the Federal State Unitary Enterprise assumes obligations for the repair of the berths. In the current difficult economic conditions, when the flow of goods through ports is decreasing, this is fully in the interests of the port operator. The size of the fee is absolutely lifting for the port and corresponds to the contribution, "- commented the press secretary of the National Fishery Resources, Alexander Orlovsky.

According to him, in the retail price of frozen fish, the cost of using the pier will be less than 0,1 percent. According to Rosstat, the average price of a kilogram of fish in the stores of the Far Eastern Federal District is now 116 rubles 9 kopecks. And the mooring charge will be 10 kopecks. And the port charges for transshipment in 10 more times.

“'Natsrybresurs' did not intend and will not interfere in the economic activities of the port, no matter what the shareholders of VSRP may say about this. In this regard, the port workers and residents of the city of Vladivostok should not worry about the future of the port and their own future, ”said the representative of the enterprise. And he added that “Natsrybresurs” expects real actions from the owners of the VMRP, and “not a stream of guesses, judgments and baseless accusations of raider seizure”.

“At the moment, taking into account the decisions of the arbitration court in Vladivostok, the Federal State Unitary Enterprise will build relations with stevedoring companies, and first of all with VSRP, on mutually beneficial economic conditions, which will ensure uninterrupted work in the interests of the entire fishing industry,” concluded Orlovsky.

Note that this situation is not unique. According to the representatives of FSUE, it is rather difficult to build normal partnership relations with other ports in the region, which generally brought the berths to a non-operating condition.

Meanwhile, a member of the board of directors of Vladivostok Sea Fishing Port, Denis Sarana, is sure that the commercial initiatives of the head of the Federal Agency for Fishery Ilya Shestakov and the head of National Fishery Resources Igor Ivlev have an anti-state orientation that does not correspond to the country's goals.

“The port will not be able to agree to such conditions, as it will deprive the company of all profits and make it uncompetitive. We cannot raise the port tariffs to please Rosrybolovstvo: the market will not allow it, and we do not want fish prices to rise. In 2014, the port handled 3,4 million tons of cargo. Now it is proposed to levy a certain tax on this cargo flow, the proceeds from which will go to the accounts of the Federal State Unitary Enterprise, ”says Mr. Sarana.

He also noted that the Russian government endowed the Federal Agency for Fishery with the right to regulate relations in the field of fishing, but never set the task for this department to engage in cargo operations in the fishing industry or create a "parallel budget", which is filled with the help of levies.

“We have the Tax Code and the Ministry of Finance in our state, and that's where we transfer all taxes. In essence, the proposals of the National Fishery Resource boil down to an unjustified redistribution of the existing revenues of the ports to their accounts under the slogan of "increasing efficiency"; this will deprive the enterprises (which were “unlucky” to be at their berths) of investment attractiveness and development prospects, ”Sarana believes.

According to him, the operating profit of VMRP in 2014 after taxes amounted to 250 million rubles. Acceptance of the proposal from "National Fish Resources" will result in a payment of about 300 million rubles per year for the port.

“The enterprise will have no profit left, that is, there will be no taxes to local budgets, no funds for the implementation of investment projects in the same fishing sector, no salary indexation, no modernization and technical re-equipment. The production activity and the existence of the port are now under threat, ”he concluded.

The opinions of analysts regarding the further development of the situation and the possible fate of the Far Eastern ports are divided.

Georgy Martynov, President of the Association of Fisheries Enterprises of the Primorsky Territory, notes that representatives of all four "sea" Far Eastern regions - Magadan, Kamchatka, Sakhalin and Primorye - spoke out against the options for using the GTS proposed by the National Fisheries Resource. “Renting berths for enterprises is vital. Only long-term contracts allow business to implement investment projects. Their absence hinders investments by enterprises and leads to degradation of berths. In addition, it negatively affects the investment climate in the industry as a whole. How can we talk about the development of the free port of Vladivostok, about increasing the flow of fish products to the domestic market in such a situation? ”The expert notes.

Others believe that government tasks should be addressed by a government agency, not commercial structures. “The rent offered by the National Fishery Resources is quite acceptable. Taking into account the fact that the port's annual revenues exceed 2 billion rubles, the proposed rental payment does not exceed 5% of the profit, which means that it cannot affect the final cost of goods and services. Moreover, the price of fish products is outside the purview of the port, as well as the strategic development of the fishing industry, ”says Eduard Klimov, head of Fishnews media holding. The substitution of public interests for private ones has never been good for the cause, and even more so for the development of the industry, he concluded. According to him, the “pliability” of shareholders in this regard would be a much more effective and “correct” step both for the industry as a whole and for the port in particular.
Tags: "Vladivostok Commercial Sea Port" CPV "National Fish Resource" court GTS rental Import substitution Rosrybolovstvo