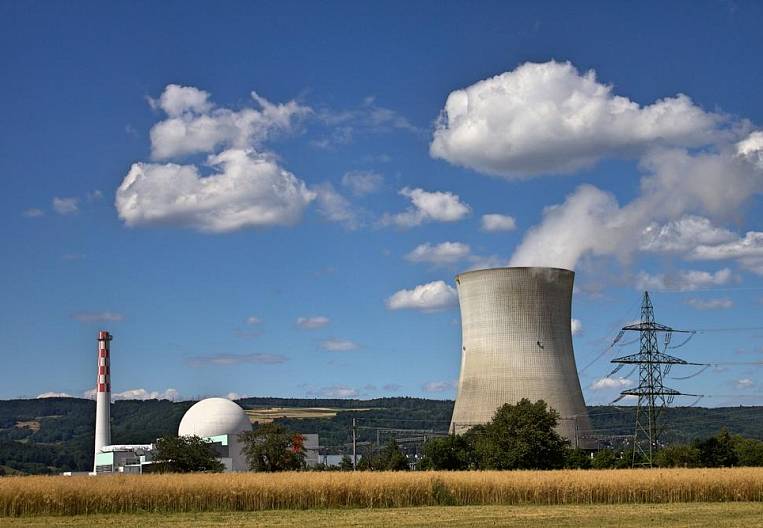 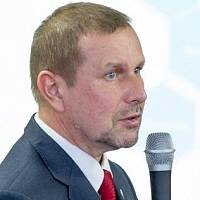 Corresponding Member of the Russian Academy of Sciences, Director of the Academic Department of Nuclear Technologies of the FEFU

On missiles, fuel oil, FEFU and atom
All author's materials
Our Far Eastern neighbor, the Democratic People's Republic of Korea (DPRK), launched another ballistic missile on July 4 as part of its nuclear missile program. According to the Kyodo agency, the rocket flew 930 kilometers and landed in Japan's exclusive economic zone. Earlier in February, during the next launch, the rocket did not reach the exclusive economic zone of Japan, but the global resonance in the "defiant la mort" nomination was provided.

In the spring, everything went wrong: toughening of sanctions, prohibitions on deliveries in connection with the UN Security Council resolution, regular suspension of scientific and technical cooperation with companies and individuals sponsoring or representing the DPRK. New: the arrival of an armada of warships at the head of an aircraft carrier, and naval maneuvers under the control of the new US President Trump. Will there be a denouement?

Residents of Vladivostok and the Far Eastern Federal District are the closest to what happened, they are the first to experience the consequences in the case of an answer: "Will!". Undoubtedly, they would like to be the first to have information on whether the S-already-500 or -400 complexes are on the Russian island, whether not all the submarines were sawed, whether the "peaceful tractor" at the border was loaded with the winged 3 Mach, and how much everything is happening - A performance or a real threat?

Scientists are far from global politics and can speak on exciting issues only within their competence. They are like that.

First: does the DPRK bluff, the people in which I still starved, in a deadly ballistic game? Of course not. Why? There is a comparison. Consider the historical way of creating a nuclear weapons complex (NOC) in the USSR and the DPRK, and see how similar it was to expediency and targeting. Leaders of the states created it without alternative - as a response to the nuclear aggression of the USA in the 50-s of the last century. Nuclear scientists had their authority, they received foreign support from abroad, including by special services. There were uranium deposits on the territory of the USSR and the DPRK, and militarization was favorable in the states. In such conditions, there is no other way than to achieve the necessary.

Second: how feasible is the "Korean crisis" with military operations on the borders of the Russian Federation? It is possible, because the US wants to "change the regime" in North Korea, which is on the "axis of evil" with Iraq and Iran, where military actions have already been blown away. However, demonstration of these opportunities while to the detriment of himself. For the DPRK, which is by no means long-suffering Syria, the aircraft carrier "Karl Vinson" is a galosh, which, together with Seoul, can be polished with a rehearsed technique for the statutory time.

Therefore, the administration of Trump, considering North Korea as the most urgent threat to US national security, considers economic sanctions and blockade as the main instrument of influence. However, for the "Juche people" these sanctions are a vitamin supplement. You can assume that all the negative for the US collects and puts in a box, in order to put in a convenient moment any account of the type "Get and sign". And it all depends on whether such a moment happens or not. I hope for the laurels ability not to admit.

Third: what are we capable of? Let's start with the historical episodes. 1994 year: North Korea is experiencing energy problems, agreeing to suspend the nuclear program in exchange for 500 thousand tons of fuel oil for the operation of power plants and boiler houses in the north of the peninsula. 2002-2003 years: having coped with the problems, the DPRK resumed the nuclear program, revoking the "mazut" guarantees. The genre of "Opinions" makes it possible to express a fantasy in the field of nuclear science that does not at all contribute to the DPRK's nuclear program.

Why nuclear science? Because the cooperation of the USSR-DPRK in this field is 67 years. Because we were the first to install the Soviet reactor IRT-2000 in 1965 in North Korea. The nuclear reactor is not only the development of fissioning components, but also atomic energy, which ensures the growth of the state's economy. If fuel oil does not pass, can the proposal to install a Russian nuclear power plant with two VVER-1200 units on uranium-thorium fuel compositions in North Korea be passed, ensuring the reprocessing of spent fuel with subsequent refinancing under the guarantee of stopping nuclear programs?

Why nuclear power plant? Because fuel oil will burn for a year, and more is needed. Atomic station is forever.

Why the thorium? Because even if you really want this, in the reactor involved in the uranium-thorium fuel cycle, it is impossible to work out fissile material - weapon-grade plutonium-239 for warheads. Plus nonproliferation. This idea is extremely tempting: thorium always accompanies rare earth elements in mineral raw materials (REE). And there is an extremely large amount of mineral rare-earth raw materials in the DPRK: it is enough to mention the recently discovered deposit in the Northern Pyongan province with reserves of up to 200 million tons of REE. This means that when processing it, two target products are obtained: thorium for future nuclear power plants and REE, which gives the state revenue, as well as the opportunity to pay for all the uranium-thorium pleasures of Russia.

Direct benefit - by stopping the process of militarization, North Korea can get a non-renewable energy resource, new production facilities for extracting and producing rare metal products with access to the world market, as well as an international respect and lots of likes.

Fourth: where is FEFU? We explain. Far Eastern Federal University on its site can present this fantasy at the third Eastern Economic Forum in September 2017, as well as provide all the technologies - from processing of mineral raw materials, fabricating fuel compositions to reprocessing spent nuclear fuel in accordance with the price list. And also to train highly qualified personnel, who, as always, everything.
Tags: DPRK Nuclear threat missiles NPP cooperation