The lower classes can. Master class from Transbaikalia

The Builesan village in the Ononsky district has thundered throughout the Trans-Baikal Territory in the past two months. It became known beyond its borders. This is because the district authorities for three months did not transfer the salaries of all employees of the village administration. Because of which? The head of the village municipality Elena Adigezalova refused to put her signature in the agreement to reduce the level of subsidies. 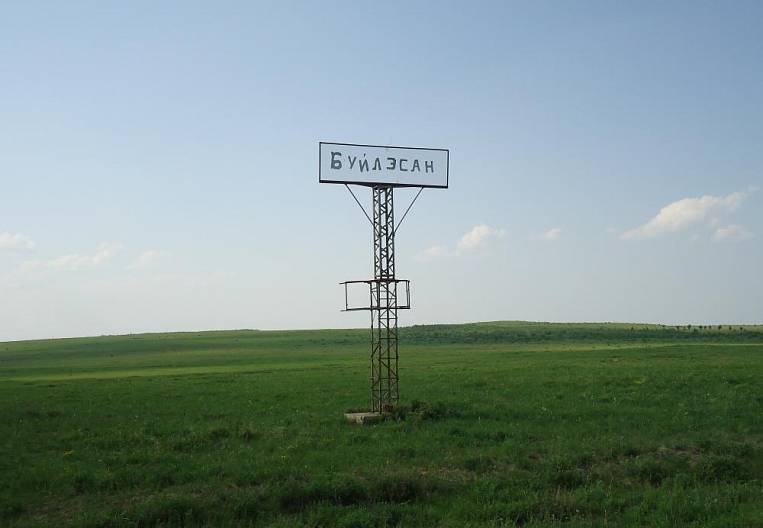 What is the fuss about

A problematic item was the transfer of the rural accountant and technical staff up to the stoker from the order of the village to the disposal of the district. Adigezalova refused to "give away" people, they decided to starve her out. Since the end of January, the entire administration of Builesan, including the head, accountant and technical staff, has stopped paying salaries, vacation pay and making insurance contributions.

In addition, according to the agreement on reducing subsidies to the village in 2021, it was planned to reduce them by more than 300 thousand, with which Elena Adigezalova also categorically disagreed.

"Builesan" in translation from Buryat means wild apricot. It is with their flowering that the steppe meets summer here every year. However, from the apricot in the bush there is only the beauty of flowering and the name - the fruits themselves are sweet and juicy, hardly anyone will dare. So is life in Builesan. The village, like the district, is deeply subsidized, and together with the centralization of accounting and technical staff in the district, the head of the village was notified that according to the plan for 2021 and the planned period of 2022 and 2023, it is planned to reduce the amount of subsidies to the village by 325 thousand rubles. Why - we'll figure it out later.

Builesan is over 130 years old, and his golden years are tightly connected with the decline of the Soviet era. In 1950, a collective farm was organized here, which was later named the "Border Guard". The village grew side by side between the future Tsasucheisky Bor nature reserve - a unique place where the Krylov pine grew before the fires - and the border with Mongolia, which is only a couple of kilometers from Builesan. In the Soviet years, the settlement was one of hundreds of small outposts on the border of the USSR, with which these borders were strengthened. In 1989, the maximum population for the entire census was registered here - 749 people.

The story with the regional money and people living in the village began long before February 2021. In the summer of 2020, the Governor of the Trans-Baikal Territory, Alexander Osipov, signed a document on the standard number of civil servants in municipalities. According to it, a little more than 2 bets should fall on Builesan, and even for such a small settlement this is extremely small.

The reduction of rates to the level of belts tightened on exhalation also led to a revision of the level of subsidies to the settlement. Because of this, as it is assumed in Builesan, a document appeared on plans for 2021, which indicated that an overrun of 325 thousand rubles was noted in the village, and subsidies would be reduced by this amount this year. What does it mean to cut money even by 10 thousand for a village lost somewhere near the border with Mongolia? This means that you will have to cut some of the workers working by a third or a quarter of the rate. Or save on a tractor, which is necessary for plowing the village and the cemetery. And a lot of other things, seemingly small, but very important for those who live here.

Together with the documents on the reduction of rates, after which an ax seemed to hang over Builesan, an agreement appeared on measures to reduce subsidies. In general, municipalities and districts sign such an agreement annually - without it, it will be difficult or practically impossible to send money to settlements under the existing system. But in what was sent for signatures this year, there was a point about centralization.

According to Olga Borodina, head of the Ononsky district administration, back in 2020, a single accounting center began to be created in the regional center, where, as expected, in 2021, the municipalities were to transfer accountants. The same center should appear for technical personnel.

“I was reassured that the accountant, who is now in my subordination, will actually be subordinate to me, but I do not really believe such words. Now his boss is me, and I can say what to do, I am aware of the financial affairs of the village. And then what? Then his boss will be in the regional center. What can I do? According to the law, nothing, because the subordination will be different, ”says Elena Adigezalova.

She has been working as the head of the village for only a few months, and before that she was associated with the Ministry of Defense for many years, and she knows under what promises and in what seemingly harmless schemes they can optimize costs. Read - the cost of living people.

Together with the agreement, she signed an annex to this document, in which she indicated that her signature is considered valid for all clauses, with the exception of the clause on centralization.

“If they don’t take it, we will turn off the gas!”

The Ononsky district administration returned the document to the head of the village. According to Elena Adigezalova - with an insistent recommendation to sign it the way it should, without any appendices, clarifications and other initiative. But how to allow the withdrawal of a rural accountant to district subordination? It is unclear what the district will do with this rate further. And with those whom the clerical language calls "technical staff"? These people are not visible from the regional center. Elena Adigezalova again refused to sign the agreement in its original form.


It was relatively easy for the Builesans to be principled at first. Exactly until the January salaries were spent, and there was an acute shortage of money. February somehow lasted, the beginning of March was very difficult. Despite the endless calls from Adigezalova to the district, both the administration staff she spoke with and the head, Olga Borodina, had only one answer: there would be no money until the agreement was signed in the right form. The villagers were not answered about the legality of this condition.

“To all the workers' questions about salaries, they were told that they should ask me about it, because I do not sign the necessary document,” says Adigezalova.

In early April, she turned to the prosecutor's office, where they began to check on the fact of non-payment of salaries, vacation pay and non-transfer of insurance premiums. Three weeks later, both the head of the village and the head of the district were summoned to the office of the prosecutor. The administration of the governor of the Trans-Baikal Territory all this time did not comment on the stalemate in Builesan, referring to the fact that this is completely the authority of the regional authorities.

The salaries came before the May holidays. The result of the prosecutor's check was the decision that they, like other compulsory payments, should be transferred to employees without any additional conditions.

So it was possible ?!

“We have fulfilled our obligations under the agreement, Elena Aydinovna has not. Until now, I have no agreement on her part. More precisely, I have a copy, but she never brought the original, ”says Olga Borodina, head of the Ononsky region, about the document with an additional agreement.

According to her, Builesan in the region will be the only village whose accountant will not be transferred to the unified accounting center of the region.

“Since the head does not want, the settlement will not enter there. Consequently, Builesan will lose one staffing unit because they will take over his accounting department. All settlements have signed, but so far we have not carried out the transfer procedure [to the accounting center]. We are preparing, but Builesan is not involved in this. "

"The donation has arrived!" - a message arrived from Elena Adigezalova on the eve of the publication of this material. For another year in Builesan, everything will be the same. The key word is "will." 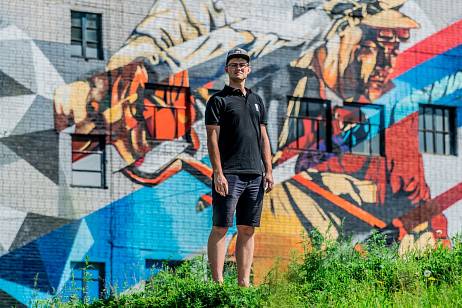