The Institute for Contemporary Economy is based in Moscow, but analyzes the economic and socio-political situation throughout the country. EastRussia met with the director of the institute, politician Nikita Isaev, to understand how the analysts of the institute and his leader assess the situation in the Far East. 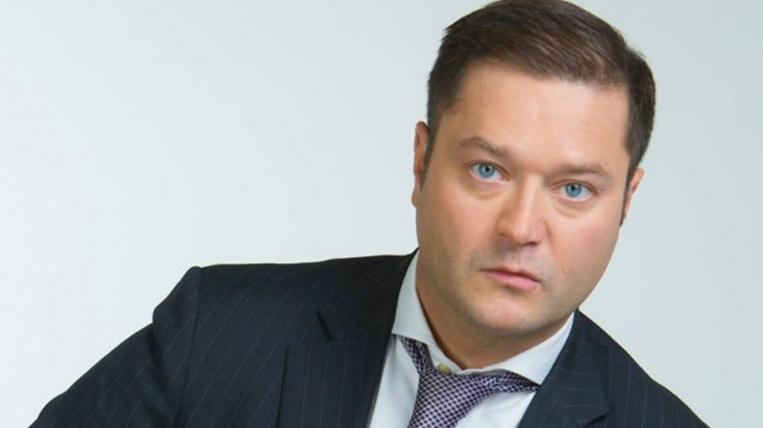 - Nikita Olegovich, if you were offered to become a governor of any region, or to lead any industry as a minister, would you agree?

- Regarding the possibility of working in the current system of executive power - the governor or the minister of the federal government - nothing can be ruled out. My criticism in the media is not for criticism, but for making changes in economic policy, in matters of the political system and in the system of government in the country. Of course, if the state has the political will to change, or I will be given certain powers as the head of an industry or a region, I will agree to take these positions as a carte blanche to pursue the policy that I consider necessary. I am not an avid supporter of the destruction of the existing political model, but I believe that this model leads to a dead end.

- Why is the current model bad?

- This is a system of unified management of the political agenda, the absence of any real opposition, the management of the Kremlin from political and social processes, the absence of civil society and ignoring the fact that there is growing tension among Russians: not only among people below the poverty line, but among them We are more than 20 million people, but also in the business community, in a professional environment.

The model of political management should be more balanced. There should be two or three party systems based on the basic principles of governance adopted in the civilized countries of Western democracy. We call this the Social-Democratic system, where there is a place for liberals, conservatives, those who put social issues at the center, as democrats in the US, and those who see the driver of economic development in business as Republicans. The same applies to the management system of the regions and municipalities.

And in the current system, those governors, who are called young technocrats, do not have any opportunities for governance. Moreover, the Ministry of Finance recently noted the lack of authority among the regions, in particular, in Khakassia and the Kostroma region, to manage their own finances, which are now under the control of the federal treasury. That is, the regions are exclusively credited and in debt, unable to provide debt servicing.

- Why do you think this is happening?

- This is the system of interbudgetary relations. It is destroyed by the 131 law on local self-government, the administrative reform of Dmitry Kozak and Alexei Kudrin, it does not presuppose motivation in the region and in the municipality to attract investors, since almost all taxes are taken to Moscow. The authorities insist that structural reforms have already been carried out. This, in particular, spoke recently the Minister of Economic Development Maxim Oreshkin. I, except for raising taxes, excises and near-tax charges, which violates the President's three-year moratorium, did not find any reforms. The regions are "drained" and deprived of income, the main taxpayers, including in mono-cities, are transferred to Moscow or to St. Petersburg, and the regions are administered by the method of "feeding" from Moscow on the basis of personal and loyalty to the governor of the Ministry of Finance.

- You were deputy head of the State Committee for Youth Affairs in 2008, this structure had the status of the ministry. What were your achievements in this position?

“We worked for four months, and in four months the basic approach to working with youth changed three times: first we worked with talented youth, then suddenly we began to work with difficult youth, then with working youth. I was responsible for legislative activity, the development of state programs, in particular, I created the federal program "Youth of Russia", the concept of the Federal Law "On state youth policy", which, unfortunately, was never adopted. We were engaged in the unification of legislation by region, including the Far East.

- You are friends with Alexander Tsybulsky, now the vice-governor of the Nenets Autonomous District. Did you tell him about your views on changing the intergovernmental system of relations?

In the expert council for regional development, I was to head the direction on changing intergovernmental fiscal relations. Unfortunately, under Alexey Ulyukayev this initiative was not implemented

- Unfortunately, Tsybulsky had to work in the areas that had already been developed in the ministry. In particular, he was entrusted with many issues of cross-border, interregional cooperation.

- In which regions in the Far East have you been, with their own hands, so to speak, "felt"?

The first time I was in the Far East in 2007, in Vladivostok, I then developed the Youth Business School, which I created two years earlier, and I opened regional offices. Then on the same occasion I visited Khabarovsk. At that time, the program for the preparation for the APEC summit had not yet been launched, it was only being formed, and therefore everything was infrastructural sad, despite the then high oil prices. Then, already in the Ministry of Regional Development, as an assistant to the Minister of Regional Development Dmitry Kozak, I supervised preparations for the APEC summit in 2008.

- And what is the success?

- Against the background of a falling industrial production index throughout the country, the Far East is growing.

- I repeat, when I first arrived in the Far East 10-11 years ago, the infrastructure base was extremely low. And even preparation for the APEC summit did not change that much. And now the Jewish Autonomous Region, where the GOK is open, demonstrates growth at 50%.

- But the outflow of population from the Far East has not been stopped.

- There is growth in terms of macroeconomic indicators. And from the point of view of the quality of life, the real disposable income of the population, the work of small businesses - as in the whole country, the situation is sad. At the same time, I am not a supporter of the "Far Eastern hectare" in the form in which it exists, and I am not a supporter of territories of advanced development. TOPs are the same economic zones, the essence is the same.

- Do you see any difference between TOP and SEZ?

- You publish reviews of the situation in the regions in the newspaper Komsomolskaya Pravda. What is their methodology?

- Reviews are prepared by the Publishing House "Komsomolskaya Pravda" and the Institute of Contemporary Economy. I am the director of the Institute of Contemporary Economy, I have 20 people in my staff, they travel by region. Part of the editorial board of Komsomolskaya Pravda is also working on these reviews, they are visiting the regions. An analytical report is produced that deals with economic indicators characterizing the state of affairs in the regions, in addition, the state of the political system in the regions, the management system, and the influence on the media are assessed.

- Take Yakutia, which you praise. Why are things going well there?

- I believe that the head of the republic, Yegor Borisov, has the opportunity, on the changed conjuncture of export-oriented industries, to build social policy in such a way as to favorably differ from other regions of the Far Eastern Federal District.

- Will the new governor of the Primorsky Territory succeed Andrei Tarasenko with the heavy inheritance of Vladimir Miklushevsky?

"While I'm watching Tarasenko, the shaft of unrealizable, contradictory promises." This concerns Nakhodka, the fishing industry, infrastructure, urban problems and social infrastructure. We begin to follow how they are carried out, including in terms of terms, which he himself indicated.
Tags: Far East development economy policy