Nefteyuan: the effect for Russia

In February 2018, China launched its own oil futures on the Shanghai International Energy Exchange, nominated in RMB. The first attempts to create a local instrument were undertaken by the Government of the Celestial Empire as early as 25 years ago. But to create a tool that claims to be an oil benchmark then did not work. Trades in a year were terminated because of high volatility. Especially for EastRussia, the situation is analyzed by VYGON Consulting Senior Consultant Daria Kozlova and VYGON Consulting analyst Evgeny Tyrtov. 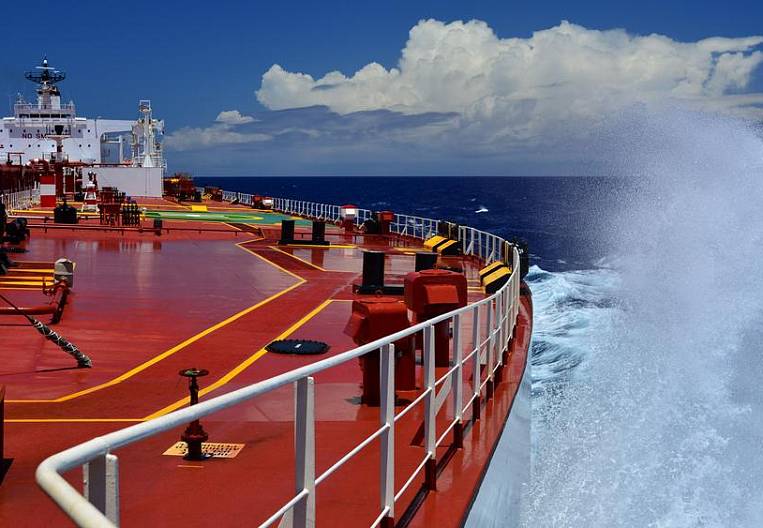 China already has a fairly successful experience in launching commodity supply futures for gold and nickel. The reasons for China's high interest in creating its own benchmarks are the growing competitiveness of the renminbi in international markets and the reduction of currency risks in foreign trade operations. If the first is the strategic objective of the Chinese authorities, then the second is purely an economic issue. The country is the largest consumer of oil in the world, the volume of imports only in 2017 amounted to 8,4 million barrels per day. At the same time, the key grades-benchmarks of the Asian region are Dubai and Brent, denominated in dollars, contracts are tied to them. Accordingly, when buying oil and hedging, Chinese consumers bear the risks of a change in the dollar / yuan pair.

The characteristics of the variety in the tool specification are API 32 density, sulfur content 1,5%, which roughly corresponds to Dubai (API 31, sulfur 2%) and Arab light (API 33, sulfur 2%). Given that the instrument assumes the possibility of physical oil supply, this simplifies the reorientation of contracts because there is no need to determine price adjustments for the quality of oil. In addition, the Chinese market has other important advantages for creating a local benchmark:

The key problem of the Chinese market now is the need to increase the confidence of foreign investors. Despite the decrease in the control of local regulators over the movement of capital and the yuan exchange rate, investors still see the risks of involving the Chinese authorities in foreign exchange operations. In addition, a feature of the Chinese stock market is a large proportion of speculative players (banks, funds, etc.). On the one hand, this will give the new instrument high liquidity. For example, on the New York Stock Exchange, more than 50% of futures and options contracts for WTI oil are opened precisely by "speculators". On the other hand, it carries risks of increased volatility through the opening of non-deliverable positions for a short period. So China needs a long way to create a regional benchmark, but there are all prerequisites for this.

The launch of the oil futures in RMB is one more step for the transition to mutual settlements in national currencies, which has long been discussed among the BRICS countries. In the future this will allow the participants of the block to simplify operations and reduce the impact of currency risks. Given that the trade turnover between Russia and China in 2017 amounted to 84 billion dollars, the importance of this area of ​​cooperation is obvious. Oil trade is one of the key areas of cooperation between Russia and China. In 2017, Russia retained the first place in terms of oil deliveries to the Middle Kingdom with an indicator of 1,2 million barrels per day or 30 billion dollars in monetary terms. Therefore, the switch to mutual settlements in yuan / ruble is of primary importance in this direction.

Russian companies are much more profitable to export oil to the east because of the higher price of oil in Asia. For example, in January 2018, the settlement netback in Nizhnevartovsk for ESPO shipments amounted to 272,1 $ / ton, while for deliveries to Primorsk 254,3 $ / ton. Only last year the positive effect for Russian oil companies from exports to the east exceeded 1 billion dollars.

The attractiveness of the Asian market for Russian companies will remain at the expense of the consistently high demand for Russian oil in the region and the expansion of the pipeline infrastructure. At the end of 2017, the next stage of the expansion of the ESPO pipeline was completed, as a result of which the total capacity increased to 70 million tons, and to 2020, Transneft plans to bring it up to 80 million tons. At the same time, the share of export oil supplies can significantly change. In 2018, the Khabarovsk-Komsomolsk-on-Amur oil pipeline (8 million tons) is expected to be launched, and the first stage of the VNKhK (2020 million tons) will be put into operation by 12, which will increase the domestic consumption of oil from the ESPO. As a result, the share of the domestic market in the total pumping volume will increase to 30%, and export volumes may decrease by 17% relative to 2020 year to 55 million tons.

Figure 1. Forecast of the structure of oil supplies via the ESPO pipeline


INFLUENCE OF MARKET CHANGES: NEED FOR THE REVISION OF THE STRATEGY OF THE SECTOR

In addition to the partial removal of foreign exchange risks, for Russian companies, the development of a Chinese benchmark can increase the transparency and efficiency of pricing for ESPO oil. Now the price of the Russian variety is formed from the benchmark Dubai. The increase in the liquidity of trades in the direct supply market will allow us to overestimate its ESPO differential. Because of the high quality characteristics of the Russian variety - API 46 density and sulfur content 0,1%, the question of underestimation of the premium periodically arises. For example, the experience of launching the Dubai futures showed that the transition to transparent market pricing can "add" 0,5 dollars / bbl. in the price. The economic effect of such a revaluation for Russian companies may be about 400 million dollars.

As for the Sakhalin Production Center, the price change with the launch of futures may affect the Sokol and Sakhalin Blend oil brands (PSA Sakhalin 1 and Sakhalin 2 oil), which are also traded now with a premium to Dubai. However, oil deliveries of these brands to China are small and amount to only about 10% (1,4 million tons, 2017) of total production in Sakhalin, so the revaluation effect at this stage is likely to be small.

One futures for oil to move away from the dollar in mutual settlements between Russia and China is not enough. We need to develop the associated financial infrastructure, increase the liquidity of trading in the currency pair of yuan / ruble on the Moscow and Shanghai exchanges, and develop a system of derivative financial instruments. This requires a systematic approach involving all participants in the process.

The decline in the share of the dollar in foreign trade settlements is of strategic and priority character for Russia, especially in conditions of deterioration of relations with the Western world. Therefore, it is necessary to take this issue into account in the new General Scheme for the Development of the Oil Industry until the year 2035. The previous document was adopted in 2011 year under completely different market conditions. The new version should raise issues such issues as the instruments of transition to mutual settlements in national currencies with the involvement of the Central Bank, the possibility of further expansion of the ESPO, taking into account the prospects of the Asian market, and other trends.
Tags: export oil yuan trade exchange China Russia