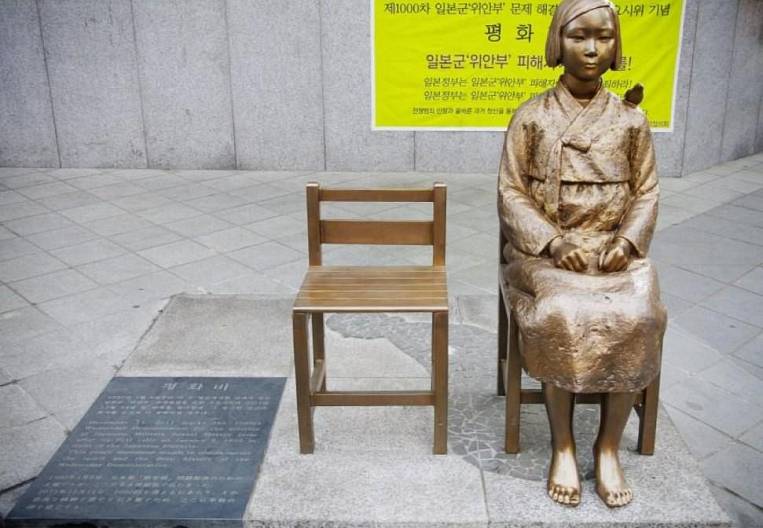 Russia and Japan: Acceleration to Peace? Pacific Underwater Racing Nineteen men and one woman Shinzo Abe
All author's materials
During a visit to Tokyo as part of the November tour of US President Donald Trump in Asia, the whole of Japan watched with emotion and delight his meeting with the relatives of the Japanese, kidnapped by the DPRK special services in the 70s and 80s of the last century to teach North Korean spies the Japanese language. In total, the Japanese government has 17 such unfortunate inhabitants of the Land of the Rising Sun. In the early XNUMXs, Japan was able to return several people to their homeland through diplomatic negotiations. Now Tokyo demands from Pyongyang to clarify the fate of the remaining victims. Along with the so-called nuclear missile threat from North Korea, the problem of abductees is a key issue in relations between Japan and the DPRK. Moreover, both of these problems are closely related to each other (about this see: https://www.eastrussia.ru/material/pokhishchennye-yapontsy-stali-zalozhnikami-yadernoy-problemy/). However, in relations with another part of the Korean nation existing within the framework of present-day South Korea, Japan has an even more tragic, albeit older, page of history.

History has left a heavy burden on Japan's relations with South Korea, in the form of also two of today's most pressing irritants. One of them is the Ianfu problem. The word is written in three hieroglyphs 慰安婦 and means literally translated from Japanese "women for consolation and reassurance." The word serves as a cynical euphemism for the tens of thousands of young Korean women who were forcibly taken to Japanese front-line brothels during the Pacific War. In addition to the Korean women, who made up the majority of the "Ianfu", to provide the Japanese military with "comforting sex", Chinese women and residents of other Asian countries, as well as Dutch women captured in Indonesia, then a colony of the Netherlands, were "mobilized". In the English-language literature, the term “comfort woman” is adopted for such women.

Another painful thorn in relations between Tokyo and Seoul today is the hopeless dispute over the territorial ownership of a handful of islets in the Sea of ​​Japan. Currently, the uninhabited islets (Dokdo in Korean, Takeshima in Japanese) are controlled by South Korea, which does not even want to hear about Japanese claims to them.

Seoul has long and persistently demanded that Tokyo offer a full apology for the honor and dignity of the Ianfu that were outraged during the Japanese occupation of the Korean Peninsula, as well as material compensation to several dozen surviving women for moral and physical damage. Tokyo denied the existence of such a problem, stressing that it was resolved with the normalization of Japanese-South Korean relations in 1965.

Towards the end of 2015 in Seoul, Japanese Foreign Ministers Fumio Kishida and South Korean Foreign Ministers Yun Ben Se finally signed an agreement to resolve the issue, providing Japan with 1 billion yen (approximately $ 8,22 million) to be paid to the surviving "comfort women" ). The agreement was presented by officials of both countries as "final and irreversible." However, the ink on the signatures of the ministers did not have time to dry, as disagreements arose over the interpretation of the "historical document". The bone of contention was a bronze statue of a Korean girl sitting on a chair, erected in front of the Japanese embassy in Seoul as a symbol of "women of comfort" and a reminder of Japan's crimes of its Imperial army.

Tokyo has long and persistently sought to move her. At a joint press conference on December 28, 2015, following the signing of the agreement, Kishida prompted protests from South Korean officials, saying it would involve dismantling the statue. Yoon, however, only vaguely stated that South Korea would work out its position on the statue in consultation with the groups of citizens who installed it. The entire subsequent period was marked, both in Japan and South Korea, by a continuous train of protests against the "epoch-making agreement" on the part of nationalist politicians, public organizations and the media of the two countries. Moreover, the spearhead of criticism for concessions to the other side in both states that are considered too large and unjustified is often directed against their own governments. The paradox of the situation is that the agreement on "women for comfort and comfort" proved disappointing and troubling for politicians in both Japan and South Korea.

In particular, the installation at the end of 2016 of another statue of "Ianfu" in front of the Japanese Consulate General in the second most important South Korean city of Busan inflamed relations between Tokyo and Seoul so much that the Japanese ambassador to South Korea was temporarily recalled to his homeland. And one of the South Korean transport companies has even announced its plans to place such statues in its buses.

To date, the wave of construction of monuments "Ianfu" has already crossed the borders of South Korea. Speaking on November 21 this year in the lower house of parliament, Japanese Prime Minister Shinzo Abe said the government had asked the Mayor of San Francisco not to accept a sculpture symbolizing "comfort women" as a gift. With such a proposal to the mayor's office of the American city addressed the community of Chinese Americans. The San Francisco City Council on November 14 unanimously passed a resolution accepting the offering. True, the mayor has the right to veto this decision. Abe expressed the Japanese government's regret in advance for this incident.

And the mayor of the second largest Japanese city, Osaka, threatened that the city would sever its twinning ties with San Francisco if the American twin accepted this gift. If established, it will be the third such sculpture to appear in the United States. The previous two were erected by groups of Korean Americans in the states of California and Georgia. The establishment of sculptural images of "Ianfu" in various places is perceived by official circles in Japan as fanning anti-Japanese sentiments.

A special surge of discontent in the country was caused by the fact that during a visit to South Korea on an official visit by the American president in early November to a banquet attended by Donald Trump and his South Korean counterpart Moon Jae In, the organizers also invited a former Korean "Ianfu" named Lee Young Soo. The degree of Japanese indignation was multiplied by the fact that a dish called "Dokdo Shrimps" was demonstratively displayed among the banquet dishes. The treat, as the name suggests, was made from crustaceans caught in the waters near the disputed islands, which, as already mentioned, Japan claims, calling the Japanese name Takeshima. This was seen in Tokyo as a shameless attack by the South Korean side in a bilateral territorial dispute. The culmination of the extraordinary situation at the banquet was the unexpected conclusion by Trump in his arms Lee Young Soo under the gaze of the South Korean president and the rest of the banquet participants.

The reaction from Tokyo was not long in coming. Japanese Cabinet Secretary General Yoshihide Suga said at an urgent press conference on the banquet: "It is important to avoid actions that could negatively affect close ties between Japan, the United States and South Korea." The Japanese government has also officially stated that the invitation to "Ianfu" to the banquet "runs counter to the spirit of the 2015 agreement between the governments of Japan and South Korea."

It is noteworthy that a woman was invited to the official event with the participation of Trump, who in South Korea is perceived as a living personification of the tragic fate of Korean women, turned by the Japanese into "Ianfu". Lee Young Soo in 2007 spoke at the House of Representatives of the American Congress with a story about her experiences during the Second World War. Impressed by what it had heard, the House passed a resolution demanding an apology from the Japanese government to the former "women of comfort." This caused friction between the first cabinet of Prime Minister Shinzo Abe, which existed in 2006-2007, and the US government.

In addition, 88-year-old Li has consistently criticized the 2015 Ianfu agreement between Tokyo and Seoul. And the feature film, based on the tragic fate of a compatriot, is currently extremely popular in South Korea - as of November 7, 2017, more than 3,3 million people have watched it.

For his part, a source close to the government of South Korea, once again confirming the existence of the problem of "women for consolation" in relations between Japan and South Korea, frankly explained that the purpose of Li Yong-su's invitation to a dinner with Trump was to attract to this problem the attention of the United States.

At the same time, Japanese commentators, pointing out that among the supporters of the current President of South Korea Moon Jae In, many residents of the country who strongly oppose the 2015 agreement, believe that Lee's invitation to a banquet with Trump was motivated by domestic political considerations of the current head of the Republic of Korea.

One way or another, by sympathetically embracing an elderly "consolation woman" at an official event, Trump only added fuel to the smoldering fire of the Ianfu conflict between Japan and South Korea, which, ironically, are the two most important US allies in Asia. ...

Thus, arranging the sentimental scene of Trump's meeting with family members of the Japanese abducted by Pyongyang, Tokyo could hardly have imagined that Seoul, in turn, was organizing a rendezvous of the American president with a representative of the unfortunate Korean women who, against their will, "consoled and soothed" Japanese soldiers during the Pacific War.
In general, as they say, for which they fought.
Tags: South Korea Japan Tramp Abe diplomacy Asia 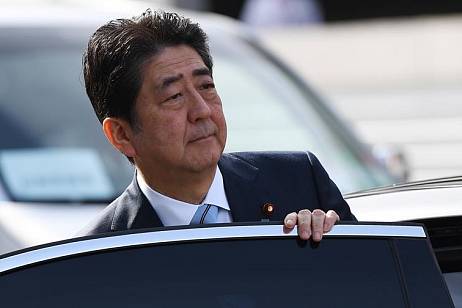