Not a single fish

The territory of the Far East is suitable for the production of many types of agricultural products, and the location of the region opens up wide export opportunities for it. Prospects of agriculture in the Far Eastern Federal District were discussed at the session of the WEF "Agroinvestments. How to feed the APR? "With the participation of the management of Russian and foreign companies. First of all, the region should feed itself, businessmen, officials and experts agreed. 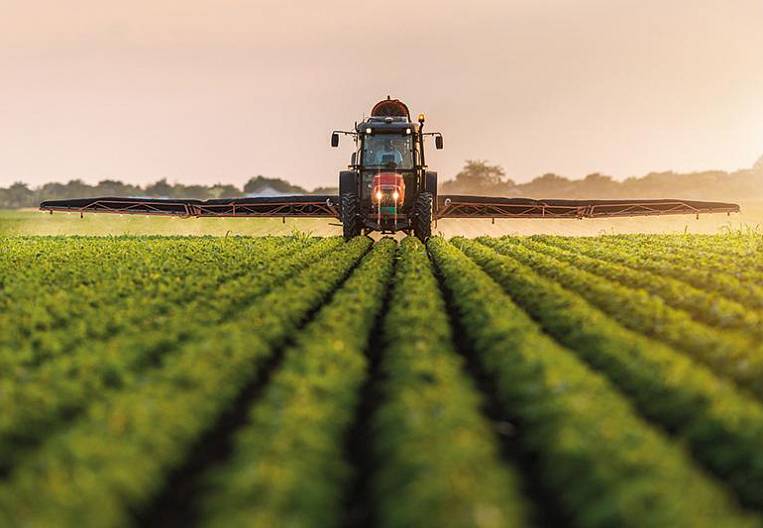 Photo: shutterstock.com
SOI TERRITORY
“Despite the good potential and the achieved success, the Russian Far East still does not provide itself with food products - milk, meat, greenhouse vegetables,” said Alexander Tkachev, Minister of Agriculture, speaking at the session. According to him, milk availability in the region is 44%, meat - 25%, fruits and vegetables - 20% and 30%, respectively.

But it is not only and not so much in natural conditions. “The climate of the Far East is quite suitable for increasing the production of potatoes, corn, vegetables,” the head of the Ministry of Agriculture is sure. According to him, only due to the development of unused arable land - and this is about 600 thousand hectares - it is possible to increase the production of agricultural products by a third.

Tkachev drew attention to the fact that many cultures, including soybean, are successfully grown in the Far Eastern Federal District. In the federal district, they produce 42% of the total Russian volume - 1,3 million of 3 million tons.

EXPORT PRODUCTS
The products manufactured in the Far Eastern Federal District, as they recalled at the session, can be delivered to the countries of the Asia-Pacific region with minimal logistics costs. So, from Vladivostok to Shanghai, delivery takes five days, and to Korean Busan - three days. Moreover, the level of prosperity of potential consumers is constantly growing, said Anton Ru, CEO of Australia Davos Connection Forum. "The middle class in this region literally five years ago amounted to about 500 million people, and in the near future it may increase literally sixfold," the expert noted.

In the meantime, neighbors from the APR are already working in the territory of the federal district. "In Primorsky Krai, we are starting the first stage of investment. We plan to build
there are three farm complexes and a milk processing plant. The total investment is $ 270 million, or approximately 16 billion rubles. Of course, we will produce products for the Russian market, for this region. But as business develops, we will start exporting to Vietnam and other countries, ”said Ngo Thanh Hoan, CEO of TIEICH-RUS MILK FOOD. In Vietnam, his company has been operating since the 2008 of the year, and during this time it has made significant progress, including in export markets. “Our company, as many believe, has made a dairy revolution in the country. Previously, Vietnam has never been on the world dairy map, but now the country has the largest complex of farms in Asia for 45 thousands of cows, of which 25 thousands are dairy. On the day our company can get 750 tons of milk. We have a closed production cycle and there is a modern plant that produces tons of dairy products on 600 per day, ”said Ngo Thanh Hoan.

BY FEELING - YEARS FIVE
However, as Minister of Agriculture Alexander Tkachev emphasized, first the Far East needs to feed its own territory. And this requires substantial investment.

Where exactly to invest is actually a matter of the investor’s taste: the potential demand for products is ensured regardless of the specific direction of the agribusiness. “The Far East is deficient in all types of products, with the exception of fish. Therefore, there is such a wide range here - I don’t want to choose. We chose meat as the first investment, ”said Vadim Moshkovich, Chairman of the Board of Directors of the Rusagro Group of Companies.

He added that to date the Group has already formed a land bank in the Far Eastern Federal District with a volume of about 90 thousand hectares, becoming the largest agricultural producer in Primorsky Krai. "This year we collected the second crop of grains, the yield is already 30% higher than the average yield (level). And the growth prospects are for almost all types of agricultural products, "said Moshkovich.

He predicts that "in the next two to three years, the internal need of the Far East from the point of view of meat will be closed." "And further the issue of interaction with our neighbors - China, Japan, Korea," - added the businessman.

By joint efforts, which include measures to support investment projects and preferential loans, officials expect to eliminate the shortage of food in the Far Eastern Federal District in the coming years. “Our main message is that the Far East should feed itself,” the head of the Ministry of Agriculture emphasized at the session. “This also applies to many other districts, subjects of our country and this, in my opinion, is a political task with which we are doing quite well.” He clarified that "perhaps, except for Chukotka and Magadan, all other subjects are ready to carry out this task." “This is already happening - we can see it by feelings, by numbers, by production volumes,” Tkachev emphasized.

Later, talking with journalists in the framework of the WEF, the minister specified the prospects: to feed himself with meat, milk and vegetables, and start exporting products, the Far East will be able in about five years.