On the last Sunday in March, Russia celebrated the Day of the Geologist. EastRussia talked with geologists of Polymetal, one of the largest gold miners in the Far East, about whether the role of luck and experience in prospecting for deposits is great, what geologists search engines do in the off-hours, and whether the job remains a high earning and romance . 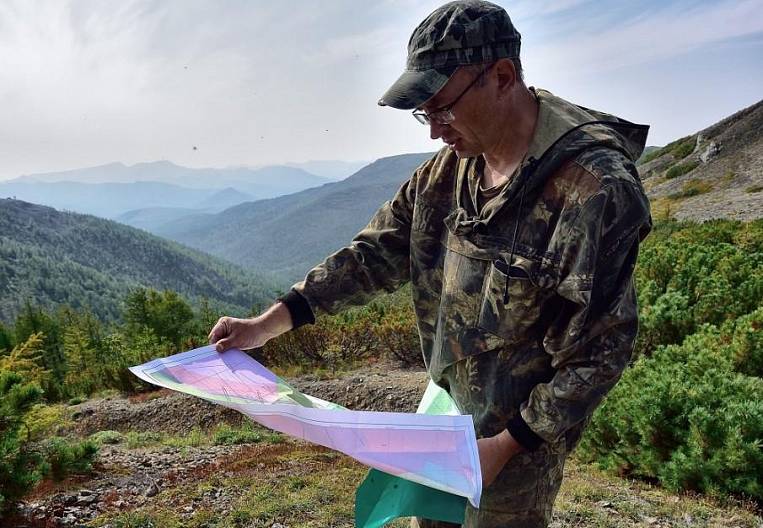 Photo: polymetalinternational.com
Alexander Ian-Fun-Kahn came to the mining industry after his father - a sinker-blaster. And this is the usual story for the industry. Now he is in charge of the search and intelligence department, but he is modest about himself - "one of the leaders, since the collective is big." The geologist's profession is a constant search, and based on the economic valuation of the cost of extracting stocks. Purely theoretically precious metals are everywhere. The only question is what is their concentration, and without geologists it is not allowed.

Now a party of geologists is thrown "into the fields" for at least three to four months, although sometimes it is possible to stay on the site even longer - from March to the end of October, and in artels geologists "go into the fields" for eight to nine months altogether. They are delivered to the site by helicopter or all-terrain transport, throwing communication means, equipment, food with people. The minimum party size is from five people: two route pairs and a cook. The maximum is up to 20.

Geologists sleep in tents with stoves, in sleeping bags. For stoves, you need to prepare firewood, for the kitchen and baths - fresh water. All household chores are divided equally. “Of course, there are girls-geologists,” says Alexander Yan-Fun-Kan, deputy chief geologist of the Okhotsk Mining and Geological Complex, and begins to list them. “We, men, provide them with some kind of passive help in everyday life. "strong sex" ".

A typical morning in the field - wake up at seven, breakfast and packing. The cook gets up before everyone else, at half past five - six, to prepare breakfast for everyone, and then perform the honorable mission of waking up by drumming into a basin or bucket. At eight in the morning - going out in pairs on the route, for samples. And they return to the camp, as a rule, only in the evening - by six o'clock, plus or minus an hour. "You need to carry up to 20-25 kg on yourself, it all depends on the interestingness of the route and the availability of stone material. You can take more samples one day, so that tomorrow you can take less. You can cope with the program ahead of schedule - it all depends on the skill, an experienced person copes faster." , - says geologist Ilya Rajabli.

You can load yourself with work in the party from dawn to dawn, continues Ilya - after all, "the plan burns, as usual, once after a while." “Much depends on the weather conditions,” he says. “It is, for example, a rainy season, and people cannot do anything - everything is washed. Then you have to catch up.” The most interesting thing, the geologist continues, is that it is impossible to understand at the place of sampling whether you have found a deposit or not - without laboratory analyzes.

"That's why the importance of both experience and luck is great in the search." Last year, a female intern student took a sample from the route, "they untwisted up to the field at 2-3 tons," he says.

The process of studying samples is a "hereditary" affair: for any sampling of rocks, the results of previous studies are taken into account, if any. "The fund management stores materials of geological surveys, on the basis of which future work can be planned," says geologist Boris Novoselov. However, simply sitting in the archive, it will not work to open a deposit, geologists unanimously say: “Only preconditions. Since this is a rather difficult and voluminous work, consisting of many stages. Although it all starts with a person who lifted an ordinary stone with a good gold content”.

“The main pleasure from work is the result. If the season has passed in vain, then there is some kind of disappointment. But that’s not even the point. But if you have found a deposit, then this is definitely a pride in yourself,” says Boris. You can even, he continues, immortalize your loved ones in the name of the deposit. Although ore occurrences are usually named by streams, there are exceptions: in Polymetal, for example, some ore zones of the Svetloye and Albazino deposits are named by the discoverers in honor of their wives and daughters - Elena, Tamara, Larisa, Anfisa.

Outside the production assignment, romance begins. Although - how to look at it: it all depends on the mood of the person, and even a stunning sunset after a hard day's work, sometimes, "does not penetrate". Someone is fond of photography, someone - the collection of interesting stones ("extra stones" as geologists joke). “There are people of art. Our ditch is engaged in modeling from clay or plasticine brought with a special kind,” says Alexander Yan-Fun-Kan. “Moreover, beautiful animal figures are obtained - miniature, 10-15 centimeters high. He does it just for the sake of the soul. There was a geophysicist, who made wonderful wood crafts, real gifts. "

You can fish, you can hunt - those who have personal weapons, because the service geologists, as it was in Soviet times, do not give out. "If the bear is screaming or climbing a tree," Boris Novoselov laughs, "although there was a case, I launched a missile from the rocket into the bear, so he did not get scared, but on the contrary, ran to catch it, and we were given anti-bear whistles. in the case did not check, so how to work, do not know. " Dangerous bears, says Ilya, are only after hibernation, because hungry, well, during the mating games, of course. "Life in general is cautious," Novoselov agrees, "is afraid of a person."

In staying "in the fields" different moments are remembered. "Meetings with a bear one on one", "spent two weeks, cut off from the" mainland ", preparing bread with flour and fat from stewed meat", "taimen pulled 20 kilograms". And also family holidays, and even romantic relationships: they both fall in love and get married.

But after all that has been experienced in nature, the moment of data processing comes. On the one hand, this is creativity - right down to drawing presentations. "Much depends on the interpretation of the data. And on the presentation - investors are interested in where the gold is, and this should be clear," says Alexander Yan-Fun-Kan. “You need to master the situation from the legal, from the economic side. To be a logistician, to be a personnel officer, to be a psychologist,” he lists the qualities of a modern geologist.

But geologists still make good money, especially if they are seeking leadership positions and they are lucky in their search - no one has yet canceled the award. Previously, the state centrally invested in geological exploration, but now due to the activity of large companies, the amount of financing for geological exploration is also not small, Polymetal acknowledges.

"Most gold in the world's oceans, but its extraction will cost hundreds of times more than it will cost," the geologists laugh. "We have a neural network in the depths of the modeling department and databases that will someday be able to predict the presence of deposits by indirect signs.There are technologies for obtaining forecasts for gold-bearing rocks from satellite images.There are hand-held spectrometers that look like pistols pointing out the metal content in the rock There are small installations - from several nodes, as a mini-drill, in any case it's all an initial assessment. Anyway, any place where the deposit is supposed to be is necessary t assure manually, so that the death of our profession is not threatened, "- experts believe" Polymetal ".
Tags: Geological prospecting deposit mining industry Extraction gold enrichment geology Polymetal