It’s enough just to look at the map of the Far East to understand that the distances here are far from being “European”. Often, in order to “move” from one point to another, it is useless to use the possibilities of land and water transport. The main mode of transport in such conditions is aviation. One of the main airlines of the region, connecting dozens of Far Eastern settlements, has been Avrora for many years. How does the regional air carrier from the Aeroflot group of companies work today, on what tariffs and new destinations, EastRussia found out 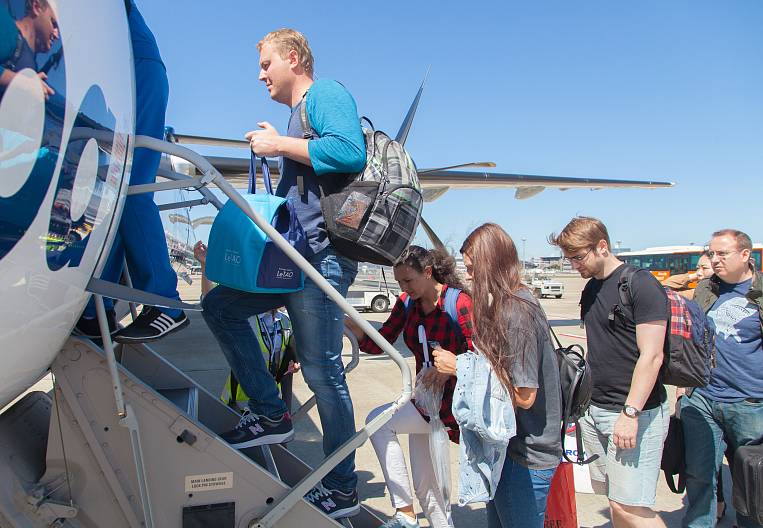 Closer to the mainland

The first, after a seven-month break, the direct flight of Avrora Airlines connected 3 June to Yuzhno-Sakhalinsk and Petropavlovsk-Kamchatsky. At the same time, direct subsidized flights to Komsomolsk-on-Amur and Blagoveshchensk also appeared in the schedule of the island airport.

As explained in the press service of the airline, last year flights on subsidies were performed until October 2018. Then they were subsidized by the Ministry of Transport of the Russian Federation represented by the Rosaviation. However, with the rise in prices, including fuel, the subsidy ceased to cover the costs of the Aurora, and therefore the airline was forced to stop flying. Presently, reduced-price tickets for the flight were offered to passengers as part of the Sakhalin Oblast Government’s own project on subsidizing regional flights. The fare level, for example, on the route Yuzhno-Sakhalinsk - Komsomolsk-on-Amur was 3 705 rubles in one direction. And on the route Yuzhno-Sakhalinsk - Petropavlovsk-Kamchatsky - 5 640 rubles in one direction. It is worth recalling that all citizens of Russia, as well as other countries, can take advantage of the opportunity to travel at subsidized fares.

Currently, the schedule of the airport of Yuzhno-Sakhalinsk includes eight subsidized flights per week between the island region and Blagoveshchensk, two flights to Komsomolsk-on-Amur and back, and four flights between Sakhalin and Petropavlovsk-Kamchatsky. Flights are operated on Canadian-made Q400 aircraft. 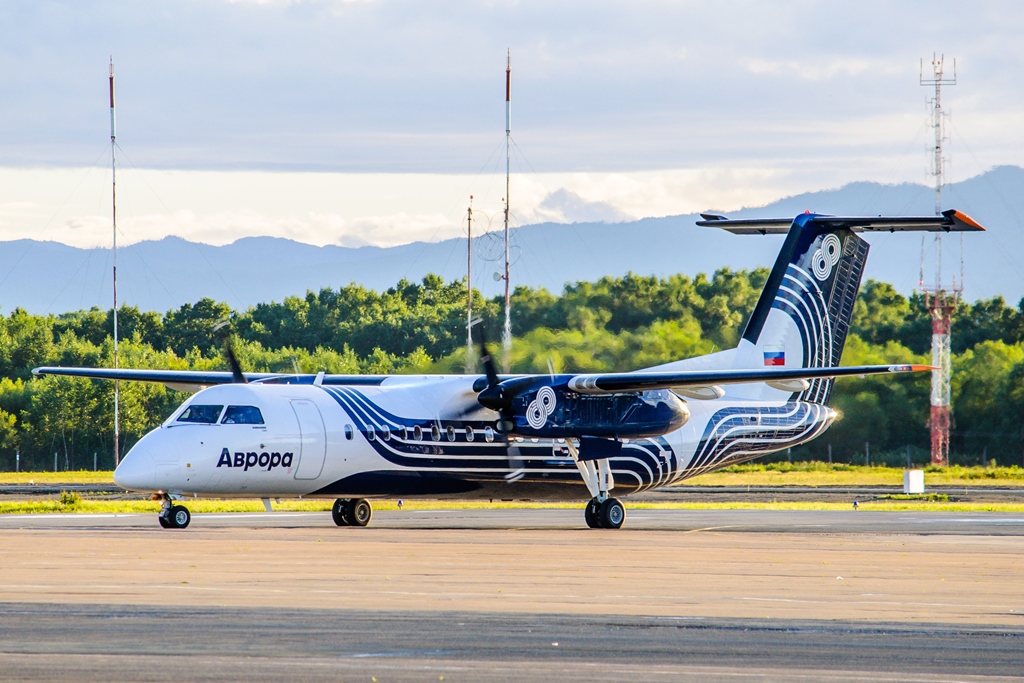 At a single rate

The Aurora Airlines also announced the introduction of a single fare for all categories of passengers when flying within the Sakhalin Region, regardless of the registration of citizens. Thus, the cost of a one-way ticket on the Yuzhno-Sakhalinsk - Yuzhno-Kurilsk and Yuzhno-Sakhalinsk-Kurilsk routes will be 5 950 rubles, and on the Yuzhno-Sakhalinsk-Okha route - 6 950 rubles. This tariff can be used by both citizens who have a permanent registration in the Sakhalin Region, as well as guests of the island capital and the Kuril Islands. These flights are also subsidized. Tariffs for them are determined by a resolution of the Sakhalin Oblast Government.

Flights to the Kuril Islands, to Kurilsk and to Yuzhno-Kurilsk, to the north of Sakhalin, to Okha, the Avrora airline operates daily on modern comfortable aircraft DHC-8.

The airline has summed up the production activities over the past year. And they were quite successful - in 2018, the company transported 1 622 679 passengers, which is 5% more than in 2017 year.

Aurora's passenger traffic was distributed as follows: more than 1,2 million people flew on domestic routes, about 400 thousand - on international ones.

Last year, the airline performed 24 370 flights, of which 18 875 flights were operated on domestic airlines and 5 495 flights on international routes, which is 11% more than in the previous year.

Today, the Aurora has a modern fleet of aircraft. Currently, the company's fleet includes 23 aircraft, including ten Airbus А319, ten DHC-8 and three intraregional DHC-6 Twin Otter aircraft for flights on local airlines from Vladivostok to the north of Primorye, to hard-to-reach settlements. 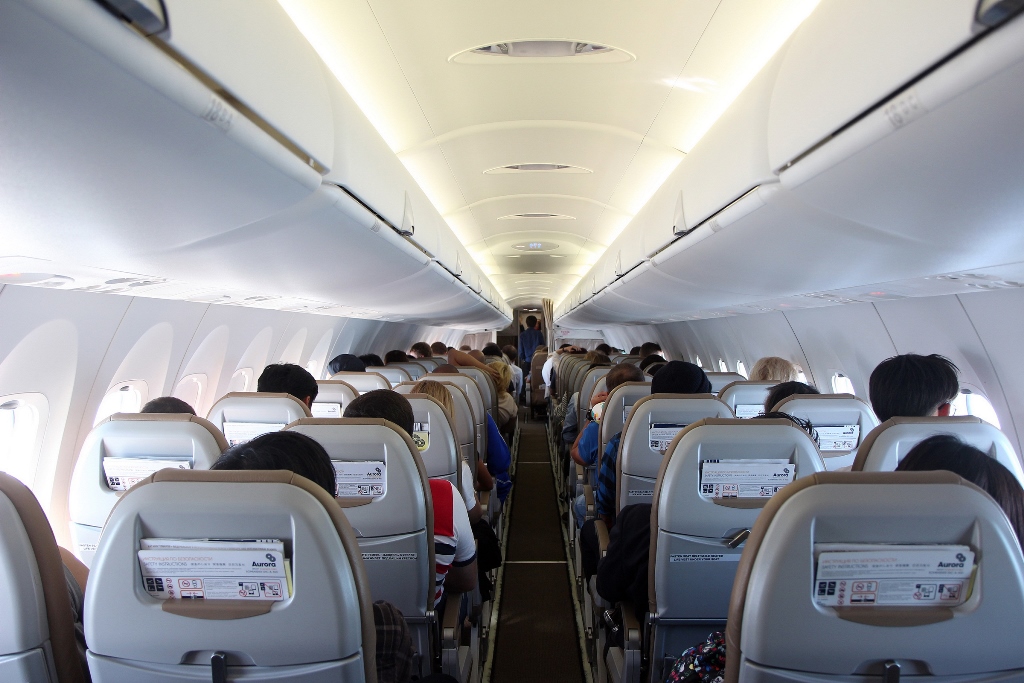 Last year was marked by the opening of regular domestic flights Dalnerechensk - Khabarovsk, Khabarovsk - Nikolaevsk-on-Amur and the resumption of flights from Yuzhno-Sakhalinsk to Tokyo.

In the year 2018, on all Aurora flights, including intra-boundary and intra-regional, the Aeroflot Bonus promotion program began to operate. To increase the level of service, Avrora airline last year introduced a number of new additional services: the Comfort service class of passengers, the choice of the Space + superior seat, Aurora Entertainment in the air, and hotel booking on the airline’s website.

Last year, for the second year in a row, Aurora won the prestigious Wings of Russia aviation award in the “Air transportation on regional and local routes” nomination. In addition, the company won gold at the international forum SkyService 2018. The airline also took part in the XXII Pacific International Tourism Exhibition PITE, in the IV Eastern Economic Forum.