The find is promised an upgrade 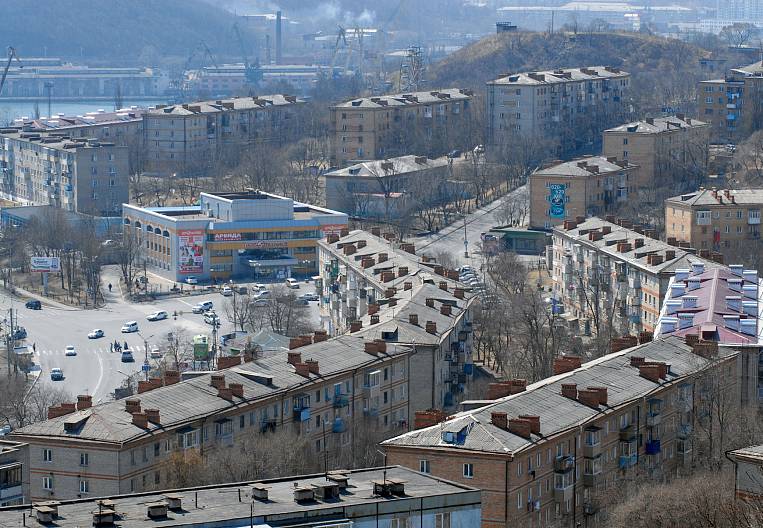 As Oleg Kozhemyako noted, “We need to make sure that Nakhodka becomes an attractive city. So that young people do not leave here, so that they see the future. To make the city clean, modern, comfortable both for the older generation and for the youth ”. According to him, the developed program will be designed for at least 10 years, and it should be done in such a way as to take into account all the main areas of the city's activities.

The decision to develop a long-term plan for the comprehensive socio-economic development of the Nakhodka urban district of the Primorsky Territory was made at the level of the Government of the Russian Federation. On March 30, Deputy Prime Minister Yuri Trutnev sent a corresponding order to ten federal ministries at once, appointing the "head" Ministry for the Development of the Far East and the Arctic. The deadline for preparation is short - until August 16, 2021, the text of the instruction clearly indicates participation in the work of both Nakhodka Mineral Fertilizers Plant JSC and “other interested organizations”.

The reference to NZMU JSC in the text of the instruction is not accidental - the implementation of this particular investment project (included in the top 3 investment projects in the Far East and in the top 10 in the country as a whole) is the main driver of the city's development plan. On the one hand, a significant infrastructure upgrade is associated with the construction of the plant: main gas is supplied to the city for the enterprise, which will make it possible to form and launch a large-scale program for converting the energy sector to environmentally friendly fuel (previously such a project was successfully implemented in Vladivostok). On the other hand, the implementation of a project of this scale is an opportunity to purposefully invest impressive budget money in the city's infrastructure.

“If investments in the region amount to a large amount, then 1/10 of the state can allocate for infrastructure, social projects, - said the Governor of Primorye Oleg Kozhemyako during a press conference. - The NZMU project is quite capacious, more than two hundred billion rubles. This is an investment from a private business. Therefore, we can count on about 20 billion rubles in social, road and other infrastructure that the residents of the city need ”.

The head of Nakhodka Timur Maginsky spoke about the priority directions of the city's development at the meeting. According to him, the first step in implementing the city's development strategy will be the construction of municipal housing, sports complexes (a swimming pool in Nakhodka and an ice complex in Wrangel). Objects will be reconstructed that will ensure the uninterrupted life of the city: fuel oil boiler houses have been replaced with gas ones and the water supply system has been replaced.

The EastRussia editors got acquainted with the presentation, which was made at the meeting by Alexander Krutikov, Deputy Director of JSC NZMU (until recently, the first deputy head of the Ministry for the Development of the Russian Far East). The presentation highlighted such aspects as the creation of "Boiling Points" in Nakhodka according to the model of the Agency for Strategic Initiatives (only premises are requested from the municipality, the costs for the arrangement are borne by NZMU JSC and the business concerned); launching a special Internet portal for public discussion of city development initiatives; participation of citizens in the work through a variety of formats - focus groups, round tables, discussions and voting.

The most interesting proposal is the establishment of the ANO "Agency for the Development of Nakhodka" - a unified development institution that ensures the development and promotion of key initiatives for the development of urban space, social sphere and entrepreneurship in Nakhodka. Such an agency, according to the presentation, will establish NZMU JSC, with a special role assigned to the Agency's Supervisory Board, which will include honorary citizens of the city, architects, representatives of business and civil society. The agency itself will have the opportunity to implement projects in the development of the urban environment, socio-cultural, educational and tourism spheres, to support start-ups and attract investment.

As Alexander Krutikov noted, the volume of taxes of NZMU JSC for the first 10 years of the project's implementation is comparable to the city budget for 6 years. “It is very important to ask people for their opinion, their wishes and suggestions. So that they choose what should be done first, what should be done second, ”said Mr. Krutikov.

Nakhodka is not the first city in the Far East, where, thanks to the implementation of a large investment project at the government level, a long-term plan for comprehensive socio-economic development is being formed. Earlier, Komsomolsk-on-Amur, Svobodny and Bolshoi Kamen have already followed this path. At the same time, a specific feature of Nakhodka is likely to be the parallel development of a master plan for the city's development and its synchronization with the government plan. This approach, according to the participants of the meeting, should ensure the transparency of the development and the maximum consideration of the opinions of local residents.

“Residents of the city will be able to directly participate in the selection of priority areas for the development of Nakhodka. The master plan of the city will become a tool that will ensure the involvement of residents in creating the image of the future of Nakhodka. A long-term plan for comprehensive socio-economic development will allow us to consolidate the specific activities that the residents have chosen, to appoint for them terms and sources of funding at the federal government level, ”explained Alexander Krutikov.

It should be noted that the master plan is a relatively young type of strategic document for Russia. The first such plan was developed in Perm in 2010. The Dutch company KCAP Architects & Planners has developed a spatial development strategy for Perm, which is called the "strategic master plan".

What distinguishes the master plan from the usual general plan and LZZ (rules for land use and development) is that it is, first of all, not a technical, but a strategic document. The task of the master plan is to define the goals of the spatial development of the city. The master plan is developed in parallel with the strategy of socio-economic development, or forms a single document with it.

Another important feature of the master plan is the focus on communication and involvement of a large number of participants. The development of the strategy takes place with the direct participation of citizens and stakeholders of urban development.

Since 2010, more than 20 Russian cities have developed and adopted a master plan for implementation. A number of documents are under development. The demand for spatial development strategies is due to the fact that such documents allow determining the image of the future for urban development and correctly coordinating the forces and means of all participants in this process.