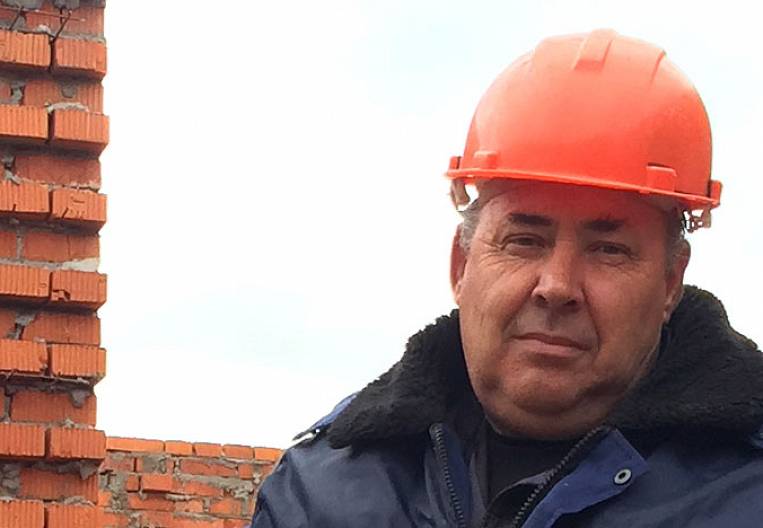 Mikhail Anatolyevich learned the joyful news right on the job site, on the site of construction of new objects of the regiment of the Strategic Missile Forces in the Kaluga region. More than 15 years, Mikhail Mishin heads the team of masons of the Privolzhsky Headquarters of Spetsstroi of Russia, builds special-purpose facilities in various parts of Russia. Creates conditions for combat duty on the defenders of state borders.

These are the professionals needed in the construction of the cosmodrome East, where the professionalism of the builders depended on the implementation of the most important state tasks to ensure building readiness of objects for the first launch of the carrier rocket.

In 2015, the Brigade Mishina Privolzhsky Glavk directed to the lump-sum construction of the infrastructure of the Vostochny cosmodrome. Michael A., along with colleagues, took part in the construction of high-rise buildings in the new city Tsiolkovsky - in this housing experts have called, which provides training and self rocket launch.

- For about two months we actually worked on the other edge of Russia. The most difficult, perhaps, was to adapt to the mode of a different time zone. And everything else is just ordinary everyday work ... unless, of course, you don't think that you are building facilities for a new space harbor in our country, ”recalls Mikhail Mishin. - Here I had a chance to really feel the full power of Spetsstroy and the scale of our Volga Main Directorate. Together, as a team, we worked with teams from Saratov, Kozelsk, Teikovo. They helped each other with deeds and words. Despite all the difficulties, they completed the work on time and finally returned home.

The work path of Mikhail Anatolyevich is famous for his work at the most important facilities that ensure the country's defense capability.

“The first object for our brigade was the famous Tatishchevskaya division,” says Mikhail Mishin. - To say that we did a lot of work there is to say nothing! We have been working since 1998, more than 10 years. They erected a whole town on the territory of the division. Thanks to our team of special forces, several strategic missile regiments were put on alert. You know, with such a powerful protection, which is now in the Saratov region, where my family lives, where my grandson is growing up, now I sleep more peacefully ...

To continue to perform tasks of national importance, Mikhail Anatolievich had to say goodbye to a settled life in his native Petrovsk. After completing the entire front of work on Saratov land, Mikhail Mishin together with the brigade went to the Kaluga region to build facilities of a similar division. Then began a large-scale construction in the Ivanovo region. Here the staff of the Main Directorate No. 5 at Spetsstroy of Russia created the infrastructure for basing the first mobile ground complexes of the Strategic Missile Forces. Spetsstroevtsy erected educational and command-administrative structures, previously not represented in any of the military units of the country. And the Mishin Brigade made its considerable contribution to a great common cause.

- I can't say that some object was more difficult, but some easier. The main thing for us is to work efficiently and meet deadlines. Therefore, on business trips, which usually last 20-40 days, we work with our sleeves rolled up. If required, at any time of the day and in any weather, - comments Mikhail Anatolyevich. - In fact, I spend more time on business trips than in Petrovsk. But this job suits me. State enterprise, stability, big serious objects, prospects ...

The Mishins' family is sympathetic to the professional choice of their father. During his life, Mikhail Anatolyevich tried his hand at various industries. In Petrovsk, he worked as a mechanic at the Molot plant, as a driver for the Dorspetsstroy trust, as a turner at an auto parts plant and even as a plastics foundry. And only the profession of a bricklayer, to which Mikhail Mishin devoted about 20 years, allowed him to be truly proud of the results of his labor: to see how in the middle of the steppe, one after another, dissimilar buildings grow, to understand that from your labor, albeit indirectly, but still the defense capability of the homeland depends. The federal award is another confirmation that Mikhail Anatolyevich once made the right choice in his life.