Since January 2020, the Trans-Baikal Territory has launched a reform on MSW management. The regional operator Oleron + earned in the districts, but not completely and not at 100%, although they gave him a year to prepare. Now, several districts at once cannot work normally with this organization and remain face to face with garbage. 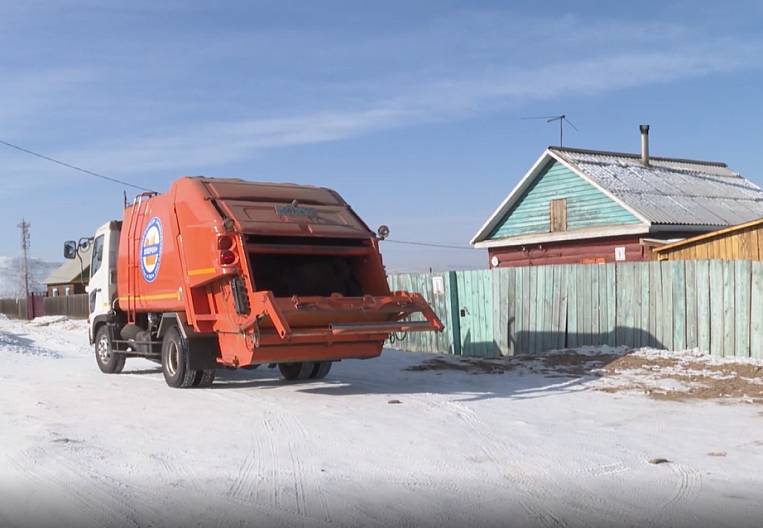 The regional operator "Oleron +" has been working in the Trans-Baikal Territory for almost two months, and from all the districts, as reports from the fields, information has been received about cubic meters of garbage removed and about unauthorized dumps collected. And if you look from the side, the situation is steadily improving. It is, but only in some district centers and cities where, initially, even before the call of the re-operator, the collection and removal of garbage was worked out. Things are much more complicated in villages where from time immemorial garbage was taken out by residents themselves to a landfill determined by local authorities.

The Trans-Baikal inter-district prosecutor's office revealed violations in the activities of the regional operator after the first month of its work and made a submission to the director. It turned out that "Oleron +" did not carry out activities for the collection and transportation of garbage in the urban and rural settlements of Petrovsk-Zabaykalsky, Krasnochikoysky and in two settlements of the Khilosky district. In addition, in Petrovsk-Zabaykalsky, waste was removed only from the territories of a well-maintained housing stock, while private households remained unreached.

We pay ourselves, we take

In the village of Krasny Chikoy, which is a regional center, the re-operator takes out the garbage. This was reported in the local newspaper, where they posted a schedule of trailers for garbage trucks. For example, he passes on Yubileinaya Street once a week - on Monday, while the time is not specified. Apparently, residents should stand on the street with garbage all day and wait for the car. There is an option to leave bags near the road, but in the village there are many pets that can carry garbage around.

“There is no landfill for garbage collection, there are no containers where you could bring garbage once a week, rather than wait for the car. We work, and all Monday we can’t wait for the car. As a result, they themselves removed the accumulated garbage. For two months, they never used the services of a regional operator, ”said Elena Ivanova, a resident of the village of Krasny Chikoy.

There are many such examples. So, Tatyana Vladimirova, a resident of the Vostochny settlement, where Oleron + should be involved in the removal of solid waste, notes that in order to take out the garbage, one has to regularly call and remind. According to her, garbage from the container on Gubin Street has practically not been taken out since February 1.

“They were taken out a couple of times after calling the Oleron company. From a crowded container, garbage is taken away by dogs and wind all over the yard. Until February 1, garbage was removed every day and the surrounding area was cleaned. From time to time it is impossible to get through to Oleron. It is not known how they will take out the garbage further - only after a call or daily? ”Tatyana Vladimirova complained.

According to and. about. Svetlana Trofimova, Minister of Natural Resources of the Trans-Baikal Territory, now more than 70% of the population is covered by the service. At the same time, the number of containers does not meet the norm and there are not enough cars. In the near future, the operator plans to purchase another 24 units of equipment, but this is unlikely to save the situation.

“At present, if we take the territory of the region, then the regional operator has installed more than 3,5 thousand containers. If we look directly at Chita, then this is about 1 containers, ”said Svetlana Trofimova.

According to the head of the Oleron + LLC regional operator in the Trans-Baikal Territory branch, Haji Amaev, to date, a little more than one thousand containers for collecting municipal solid waste have been installed in Chita, 2,5 thousand in the Trans-Baikal regions. They appeared in most areas, where there were practically none. Also on Chita installed 150 storage bins with a volume of eight cubes. There are 16 units of equipment operating in the city, and 61 units in the regions.

“In February, it is planned to introduce up to 20 units of equipment with a large volume of productivity. In total, we plan to strengthen the region up to 90 units of equipment during the first half of the year, the arrival of containers is also expected, ”Haji Amayev said.

Residents of Krasnokamensk complained that only one car was running in the city, garbage was not removed for three days, the containers were full. Oleron + noted that four pieces of equipment were working in the city, including a machine that was quickly sent to solve problems.

“Another machine with a capacity of 17 cubic meters will go to Krasnokamensk after passing the service. This will completely resolve the situation, ”said the re-operator.

The Territory’s Ministry of Natural Resources noted that Oleron + has recently become a fully regional company. Due to the fact that Muscovites sold their share, the re-operator lost part of the garbage trucks.

“Literally in the last days of last year, changes have taken place. The Chita company bought out a stake in Moscow. The share of the re-operator in the Trans-Baikal Territory will be one hundred percent, ”Amaev said.

There is little official information about Oleron +. It is known that the organization is part of the Mehuborka group of companies, which has been operating since 1994 and is one of the largest operators in the field of municipal solid waste management in Russia. According to data from open sources, "Oleron +" was created in November 2013, registered in Chita. The main activity is the collection and treatment of wastewater. The founders of the company are three legal entities and one physical entity: LLC Zabdorstroy, its head Gennady Yakushevsky, LLC Service Service and the aforementioned Mekhuborka.

According to Svetlana Trofimova, entrepreneurs who are in no hurry to conclude an agreement with a regional operator may become responsible for the increase in the tariff for the population. PCT specialists have already begun to check compliance with the standards for accumulating garbage in containers established for the public. Inspections have shown that the planned volumes have already been exceeded two to three times, which indicates that the entrepreneurs carried their garbage into containers of residential buildings. According to and. about. Minister, this can lead to a revision of the standard upwards and, accordingly, to an increase in the tariff for the population. Only 2,5 thousand businessmen submitted applications for concluding agreements with Oleron +, which is very small in relation to the total number of business entities in the region.

In December 2019, deputies of the Chita City Duma noted that the city and the region are not ready for the transition to a new system of solid municipal waste management. In this regard, the deputies turned to the head of the region, Alexander Osipov. In their appeal, the deputies pointed out conflicting information about the regional operator’s readiness for a large amount of work from January 1, as well as the lack of a fixed tariff. The deputies emphasized that a similar situation was in 2018, which is why the region did not start work on new MSW management then.

According to the plan, approved with the relevant ministry, the presence of the re-operator in all areas by 100% should be completed by April 1, 2020.