Over the economy of Abe clouds gather 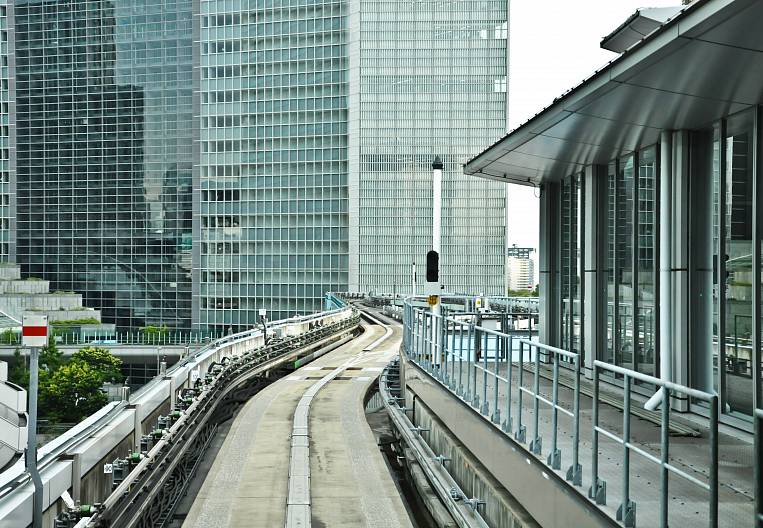 The Cabinet of Ministers, led by Prime Minister Shinzo Abe, who is on a course to achieve an efficient Abenomics cycle, presented a scenario in which the economic situation in Japan would improve with the help of a "twin engine" in the form of personal consumption and exports. Despite the cheap yen, exports are not growing. Why is this happening?

A cursory assessment of GDP data for 4-6 months showed that in annual terms GDP fell by 6,8%. On the scale, this event can be put on a par with the consequences of the Great Earthquake in East Japan. The main reason is that due to the reaction to the avalanche demand after the increase of consumer tax rates this year, private consumption, if compared with the period since 1994, has become minimal, and this has also led to an export decline.

Although the market price of the yen reached its historic high - 70 yen for 1 dollar - the 2012 year-old, in December of the same year in Europe the economic situation continued to be unstable. Now the yen is getting cheaper (for 1, you can get more than 100 yen). Without export growth, the trade deficit for the first half of the year 2014 (from January to June) was 7598400000000 yen and became the highest in recent times. Rep. Kishimoto Xuhei, representative of the opposition Democratic Party, who criticizes Abenomiku, said: "For how long will the policy of weakening the yen, which is a relic of the past, continue?"

From the Ministry of Finance we turn to Toyota cars. Okuda Hiroshi, the main adviser in the company, studied Asian production sites: "In 2013, due to the cheapening of the yen, the profits of the companies tied up on the yen increased. The shares related to exports were bought, and the Nikkei 225 index grew, and with it the expectations for the recovery of the economic situation also increased. "

“However, this situation is rare. Until the performance of companies improves, one cannot expect an increase in profits. In addition, if the yen continues to fall in price, the price of imported fuel and food will rise, which will put quite a lot of pressure on the family budget, ”he said. He also stated that the scenario in which the economic situation would recover after export growth with the help of a cheap yen is not carried out. Is it really so?

The main reason for the decline in exports, Mr. Kitaai Yoshihisa, chief economist of the expert committee of Nippon Steel Sumitomo Metals, the main steel producer, explained simply: all because in emerging economies such as BRICS (Brazil, Russia, India, China and South Africa), weak demand. "In addition, an even more fundamental reason is that foreign production of companies is developing. Naturally, there is no expansion of exports. This is not surprising, "he stressed.

Mr. Yasunari Ueno, a leading market economist at Mizuho Securities, said that the reason why companies are withdrawing their production bases abroad is not the high cost of the yen, but the reduction of the domestic market in the long term. If we study the issue in detail, it becomes clear that the main cause is the decline in the birth rate and the aging of the population. Anticipating the contraction of the market, companies go abroad. The hidden reason for the decline in exports is in the structural changes of Japanese society.

But didn’t from the very beginning the scenario, according to which the economic situation would be restored with the help of cheaper yen, was carried out? It was assumed that, with the help of a cheap yen, to some extent it is possible to “draw out” exports, but the fact that it cannot be greatly increased was a surprise. Of course, the government did not intend to deceive the population. Since the yen rate has grown very much, the idea of ​​lowering the rate is rather obvious. Taking this idea into account, measures were developed, but now the situation is such that we had to face such structural changes in society as the low birth rate and population aging, and this revealed the shortcomings of the measures taken.

"The decline in exports has changed the model of Japan's economic growth," said Professor Keio University of Economics, as well as the author of a series of lectures on deflationary economic policy and economic analysis of Abenomiki Kazuto Ikeo.

“During a period of high growth rates, domestic demand pulled the economy out. From the second half of the 1980s to the mid-2000s, the economic model was export-oriented. When the same model of maintaining economic growth has been operating for almost a quarter of a century, they begin to perceive it as a kind of formula for success. However, it is better not to cling to the export-oriented model of economic growth, but to keep pace with the changes. " Regarding the results of Abenomics, Mr. Kazuto Ikeo said skeptically, “Perhaps the market and the mindset of people around the world have changed, but the economic situation has not changed in such a way that exports stop growing. It is necessary, without relying on monetary policy measures, applying systematic efforts, to look for a new model of economic development ”.

Mr. Kishimoto also explained: "There is an explanation that the reason for the trade deficit was the increased import of energy carriers, which arose as a result of the fact that nuclear power plants were not restarted. And that is not all. In 2013, the total value of imports of minerals, namely oil and natural gas, was approximately 27 trillion yen, which is roughly equal to this figure for 2008 year. However, in 2008, the trade balance surplus was 2 trillion yen, and the deficit in 2013 was 1 trillion yen. In other words, it's just boring numbers. "

As another reason, Mr. Kitai cited the transfer value, which is used in transactions between the parent and subsidiary companies. For example, in the case where the parent company, which is located inside the country, exports cars for its subsidiary trading company, which is located abroad, so that the tax authorities of both countries do not call these actions unfair monetary transactions, the parent company together with the tax department on establishing an acceptable price. Such transfer value cannot change freely, even if the exchange rate changes. Therefore, even though the yen is cheap, there is no increase in exports. In addition, the reason is that, since 1990's, the independence of its subsidiaries abroad has increased, and even if the fluctuations in the rate look more or less profitable, the price will not decrease.

Mr. Ueno expressed his fears that if the export decline continues, the situation may arise in which there will be no force capable of pulling out the economy. Is there anything you can do in this case?

Mr. Chinai said that no one will be happy with the excessive cheapening of the yen. We must strive to achieve economic growth, which would reduce dependence on external demand, and growth would be achieved through personal consumption and capital investment in services. On the other hand, due to a decline in the birth rate and aging of the population, the expansion of domestic demand is problematic, so Mr. Ueno focuses on migration policy. "The American economy is strong because they pursue a migration policy. If highly skilled employees were employed, who would be engaged in the development of research in Japan, becoming a work force, they would influence the emergence of new domestic demand. "